How I pulled off a truly random pattern. 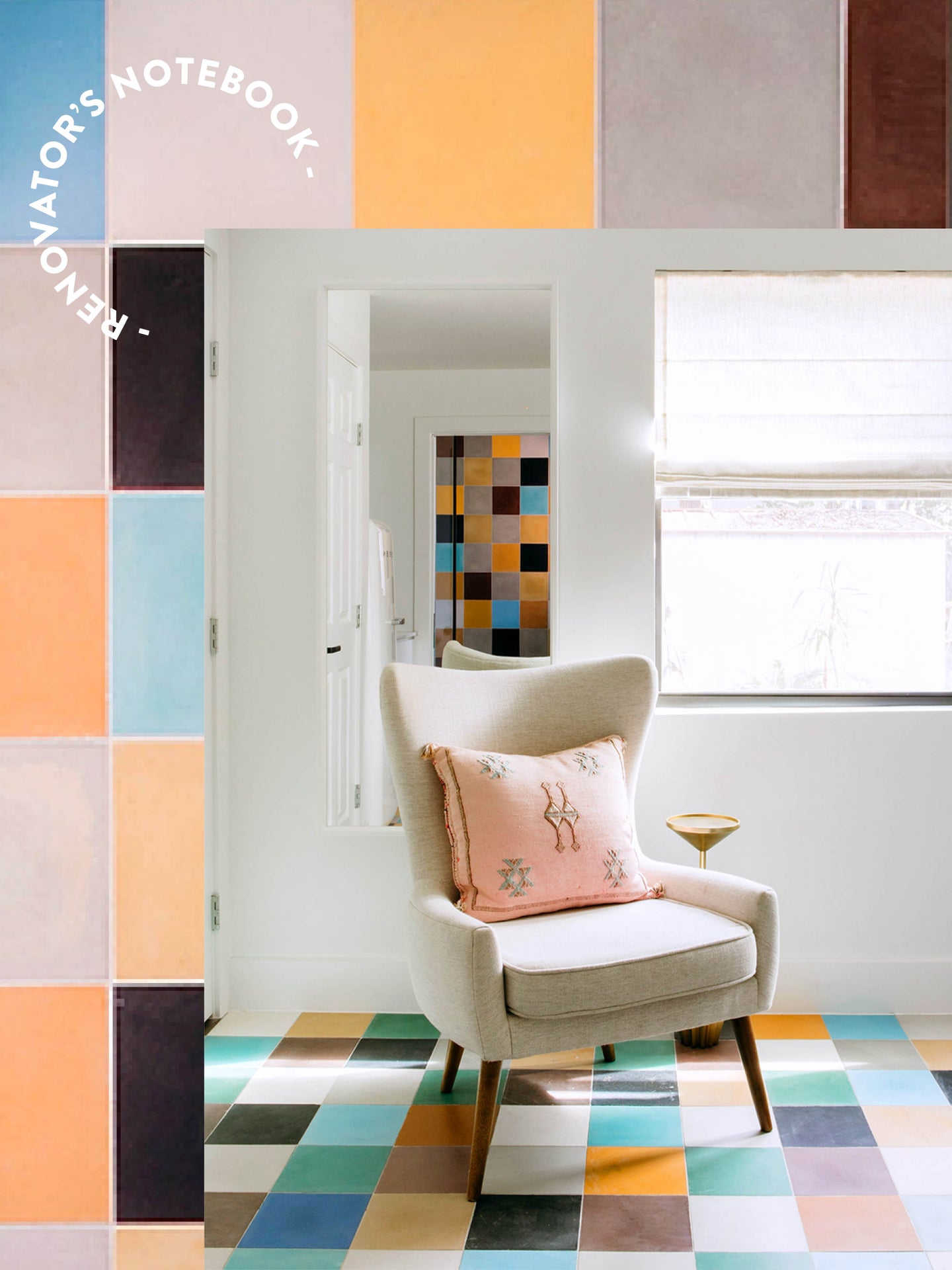 Top priority: Create a fun and functional place for guests.

If Kim Spradlin Wolfe could survive the show Survivor, she could get through a renovation unscathed. “Everything that could have gone wrong did,” she says, laughing. When Wolfe returned to San Antonio, Texas, from filming the all-winners season of CBS’s hit series last fall, she set out on gutting and revamping a 1,700-square-foot home (the project was originally intended to be a flip, but she and her family moved in shortly after purchasing the place). Also on the property: a 400-square-foot guesthouse, located on the other side of the carport. Once ridden with mold and seemingly unsalvageable after a tornado hit, the tiny space is now clad in a rainbow-infused assortment of tiles, which Wolfe scored at a Clay Imports warehouse sale for $500 total. “They didn’t have 400 square feet of any one color, so I mixed them all,” she says.

Given it was the last space she tackled, the guesthouse got the short end of the budget stick. So Wolfe got scrappy with her material choices and made compromises, like installing a mini split-AC unit instead of central air and ambient wall sconces over canned lighting, to pull the transformation off for just $7,450. “The tile was my Hail Mary,” she says. “I was kind of out of options and out of money.” The Technicolor space, now complete with a kitchenette, is the perfect retreat for visiting friends and in-laws (though lately it doubles as a home office for her husband, Brian). Here, Wolfe looks back on the small victories and what she learned along the way.

Save: Blocking Off the Shower

There’s not enough room in the bathroom for a shower door (it would hit the toilet). I originally wasn’t even going to put a partition up, but I learned in designing my master bathroom that a space can look unfinished without some sort of definition. The glass enclosure costs $300 and it does the job: It blocks the spray from the rain showerhead. I got all the plumbing fixtures on Amazon for $200 by looking for things with good reviews.

advertisement
Not up for a DIY? Never fear: Kick-start your project with HomeAdvisor’s directory of ceramic tile installers in your area.

Save: A Mishmash of Tiles

I knew the kids would be coming in and out of here, so I wanted the floor to be really durable. Covering 400 square feet in matte cement tiles isn’t necessarily budget-friendly, which is how I ended up at a warehouse sale. I loaded up my pickup truck with whatever they had (a lot of the tiles either had defects or stains). I barely made it home, the car was so heavy.

We turned the tiles upside down so that when the guys installed them, they wouldn’t try to create a pattern. The 10 colors would just be random. I wanted there to be moments like three blue ones in a row. When we finished the floor, we had just enough left over to crawl up the shower wall.

While driving home to San Antonio from Austin, I decided to pop into a West Elm outlet and spotted a half-off Smeg fridge. It still cost around $1,000, but I knew it was one of those things that was meant for me. It makes me happy every time I see it.

Save: Making the Kitchenette Do Double Duty

The bathroom was such a tight squeeze, adding a vanity would have been impossible. I didn’t love the idea of a shared kitchen-bath sink, but it was obviously the most efficient solution. The mirror and shelves allow it to serve both purposes. The cabinets are standard counter height, topped with a quartz remnant from our master bathroom remodel.

Splurge: Tying the Exterior Together

We swathed the entire exterior in Benjamin Moore’s Wrought Iron color to match the main house. I let my mother-in-law pick between three colors for the front door. A coral pink called Farmer’s Market was the winner.

See more stories like this:  Building Our Own Plywood Cabinets Saved Us $1,000 on Our Kitchen Reno $300K Later, Our 130-Year-Old Brownstone Has Its Original Charm Back It Cost Us $25K to Turn an Old A-Frame Into a Scandi-Inspired Getaway