And what I replaced them with. 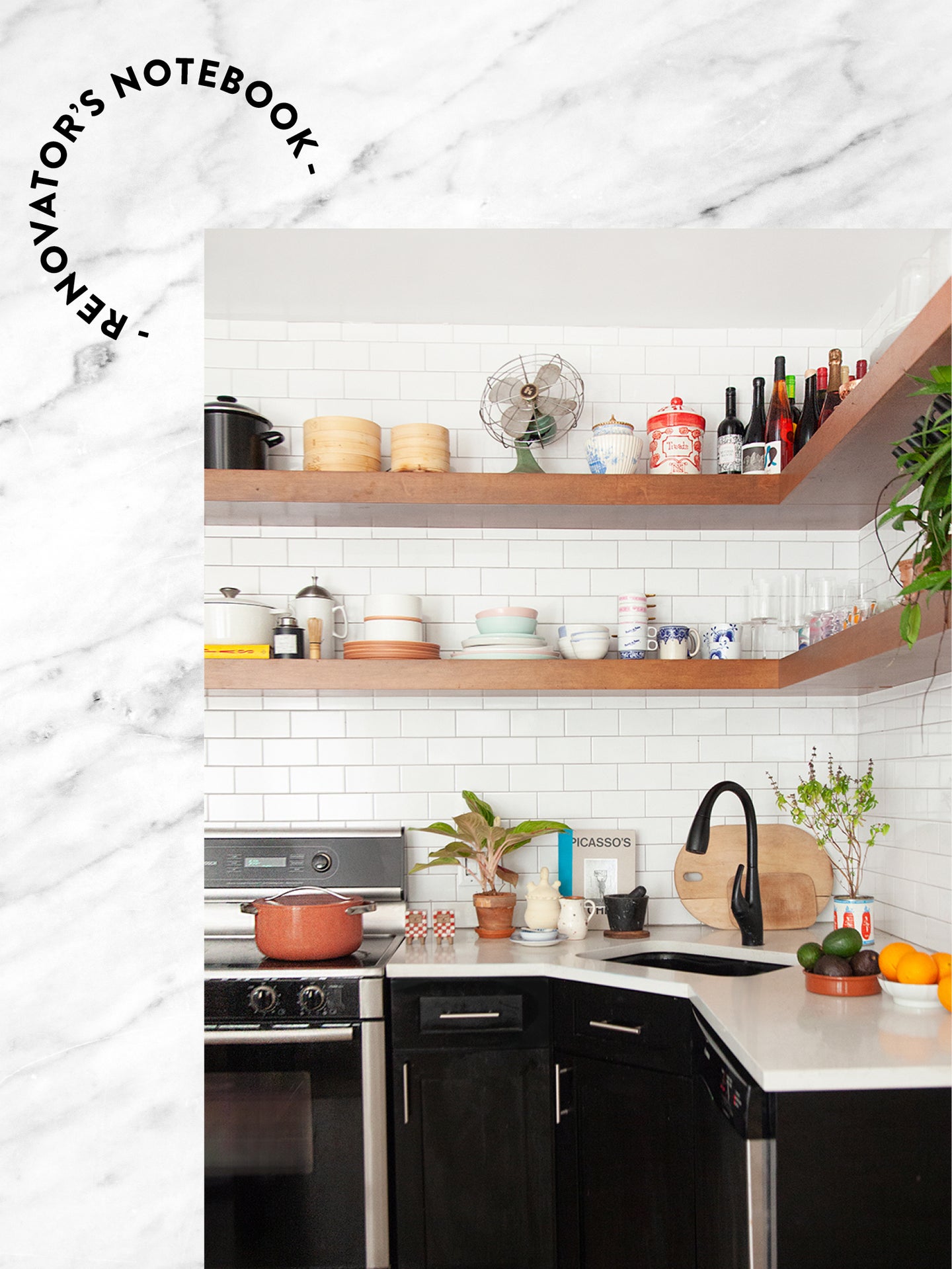 Top priority: An apartment with lots of light—and outdoor space.

New York City native Tara Gonzalez first fell in love with Greenpoint when she was working in the art department of a film production company just after college—the area is not only home to many studios, but it has an old-school, cinematic charm. “When my boyfriend’s mom, who moved to New York from Argentina, came to Greenpoint for the first time, she said it reminded her of the West Village in the ’80s,” Gonzalez, now an editor at In Style magazine, shares. “There’s something really magical about the neighborhood.”

Even after the first apartment she and her boyfriend, Rafe, saw didn’t work out (“I was devastated; I’m very stubborn, and I wanted to live on a very specific stretch of four blocks”), she remained committed to finding something nearby. A few weeks later, on New Year’s Eve 2018, they put an offer on a space that fit all three of their requirements—location, outdoor space, and a bathroom that needed no work—that got accepted immediately. “I ugly cried everywhere,” she says.

“When we left the open house, I realized that the bar on the corner was actually a place I had been in multiple times while on some of my old film jobs—the ones that convinced me I wanted to live here in the first place,” she reminisces. “I’m Spanish and very superstitious, so it felt like one of those signs my grandma is always telling me about.”

The apartment’s best feature, Gonzalez says, is the way the balcony doors open up into the living room: “It creates this really special indoor-outdoor living that’s very hard to find in New York. That inspired the entire floor plan, which we wanted to feel just as open.” The two hired professionals to tackle a basic renovation that involved removing some walls and cabinetry that kept the home looking smaller than it is; Rafe, who studied architecture, mocked up the designs based on images from their mood board.

The total renovation time was four weeks, but the pair spread the project across four months to space out the costs. Since they’re both from New York, they shacked up with their parents while the renovations took place. The couple and their dog, Bjork, moved back into the refreshed space in June 2019.

Here, Gonzalez walks us through transforming the cookie-cutter space into a European-inspired home that feels like a secret hideaway from the city outside.

Splurge: Rip Out All the Kitchen Cabinets

The biggest undertaking was definitely the kitchen—it cost about $27,000. My family is from Spain, and kitchens there are very open, with piles of plates and bowls on the shelves; it always looks like someone just had a very large dinner party. I wanted my apartment to remind me of my family’s home in Cádiz, where we spend the summers.

We tore out all of the cabinets to create open shelving so you could see the mismatched dishes and wineglasses we’ve collected from our trips, the olive oil and vinegar we use for cooking, and the bottles of wine we’re planning on starting (or finishing). It makes the kitchen feel alive. Plus I spent a lot of time picking out every single mug and piece of flatware, and I want people to see them.

A backsplash with the open shelves felt jarring and disjointed, so we chose to do a full wall of white subway tiles. I love the subway—it’s even where I had my first kiss—and the wall reminds me of standing on the train platform. It’s very New York.

When you walked into the apartment, there was a small closet to your left and a door a couple feet away that opened up into the living room. By the bathroom and the washer-dryer unit, the wall extended past the closet doors, creating a dark corner.

We originally wanted to take down the wall entirely, but it had essential electricity and wires running through it, so that wasn’t possible. I actually don’t mind it anymore—if anything, I like how it gives us more space for the eventual gallery wall we’re working on in the entryway.

We did, however, shorten it by a foot and a half, which cost around $3,000. The goal with all of our construction was to open up the space—and it didn’t make any sense to have a small mudroom that opened up into a small apartment.

Save: Always See If You “Know a Guy”

We replaced all of the light fixtures in the apartment. Originally, there were huge ceiling fans in the bedroom and the living room. I personally didn’t love the look of them, and they didn’t make sense structurally since we have a high power air conditioner.

I knew I wanted a Noguchi paper lantern in the living room and a Murano swirled glass mounted light in the bedroom to match the pink Murano mushroom lamp on my armoire. Both of those aren’t particularly cheap, so I ended up searching for months until I found more affordable options. The Murano swirled glass mounted light was going for $1,300 on 1stdibs; I ended up getting it for $250 on Etsy from an Italian man named Luca.

Installing the new light fixtures was going to be expensive. We knew we could do it ourselves, but then my sister mentioned that a friend’s dad was an electrician and he’d be happy to do it for free—so changing out everything cost us just a couple bottles of wine from Dandelion.

The floors in the apartment were originally too dark, which, in turn, made the space feel smaller. We ended up choosing golden oak floors that we finished in a light gray. The walls were originally an off-white; we redid them in a bright white, with a pink accent wall in the bedroom. When the floors and walls were done—the refinishing and painting cost about $6,000 total—the apartment felt brighter and reflected the beautiful natural light the space gets, particularly from the balcony doors.

Save: Keep the Bathroom the Way It Is

When I saw the bathroom, I knew it was the apartment—it looked exactly like an image I had saved to my mood board years earlier. It’s huge, which is perfect for someone like me who spends hours getting ready to go nowhere. There is  a soaking tub, which was always something I dreamed of, with white subway tiles and incredible wall-to-wall mirrors. The only thing I did was install a medicine cabinet.