Take back your time. 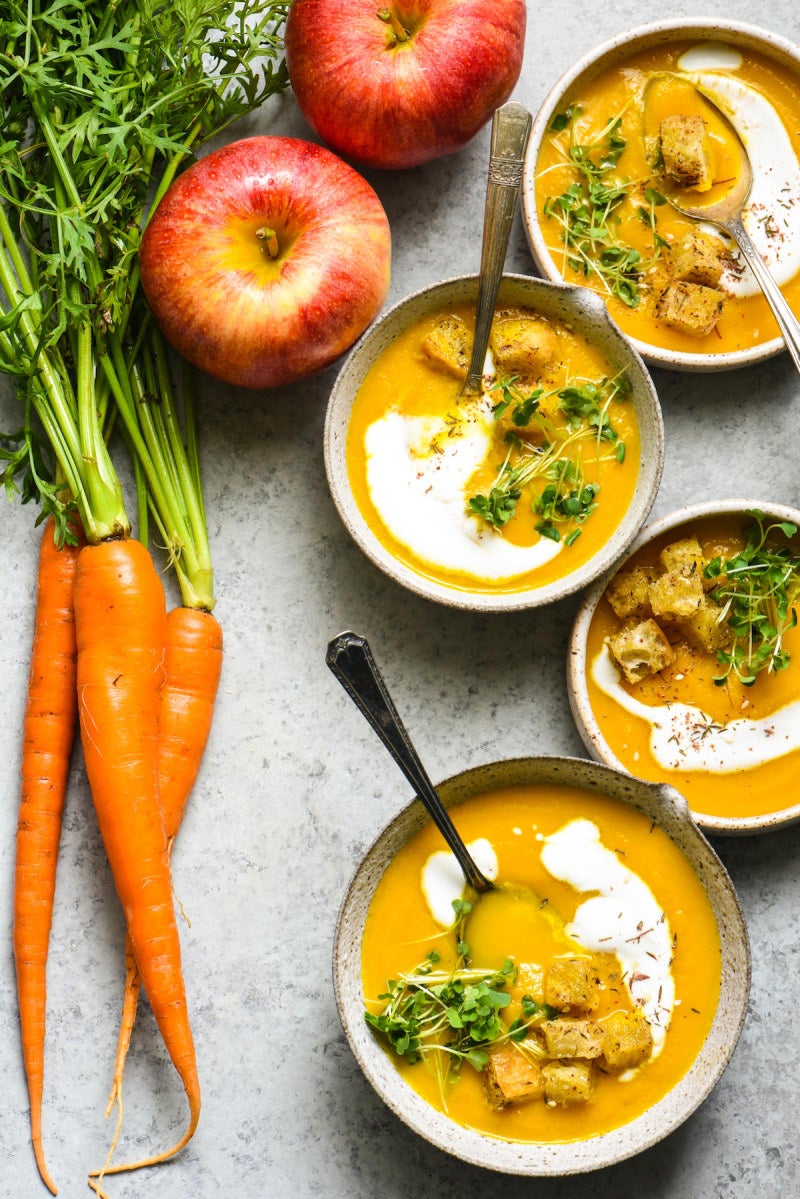 When you’re in charge of hosting Thanksgiving, things in the kitchen can get overwhelming pretty quickly. The culprit: Time—it’s never quite on your side when you’ve got an entire menu to get right and conversation to keep flowing. The simplest way to ease some of those big holiday meal woes is to let go a little and relinquish a few of your tasks to a slow cooker.

At first, leaving all the heavy lifting up to a Crock-Pot will feel strange. But once you realize that this long, low-temperature, zero-effort method only enhances the flavor of the food, you’ll be happy to give the oven (and your hands) a break for a little while. While you’ll have to gather your ingredients in advance, these 12 recipes are no-fuss from there on out. Soups, stews, casseroles, sides—let them do their thing and go mingle.

For a crowd-pleasing starter, consider this creamy soup by Foxes Love Lemons, topped with homemade za’atar croutons and a dollop of yogurt for a bowl that’s both texturally and visually stunning. Being that it cooks anywhere from four to eight hours, let it simmer in the background as friends and family filter in. 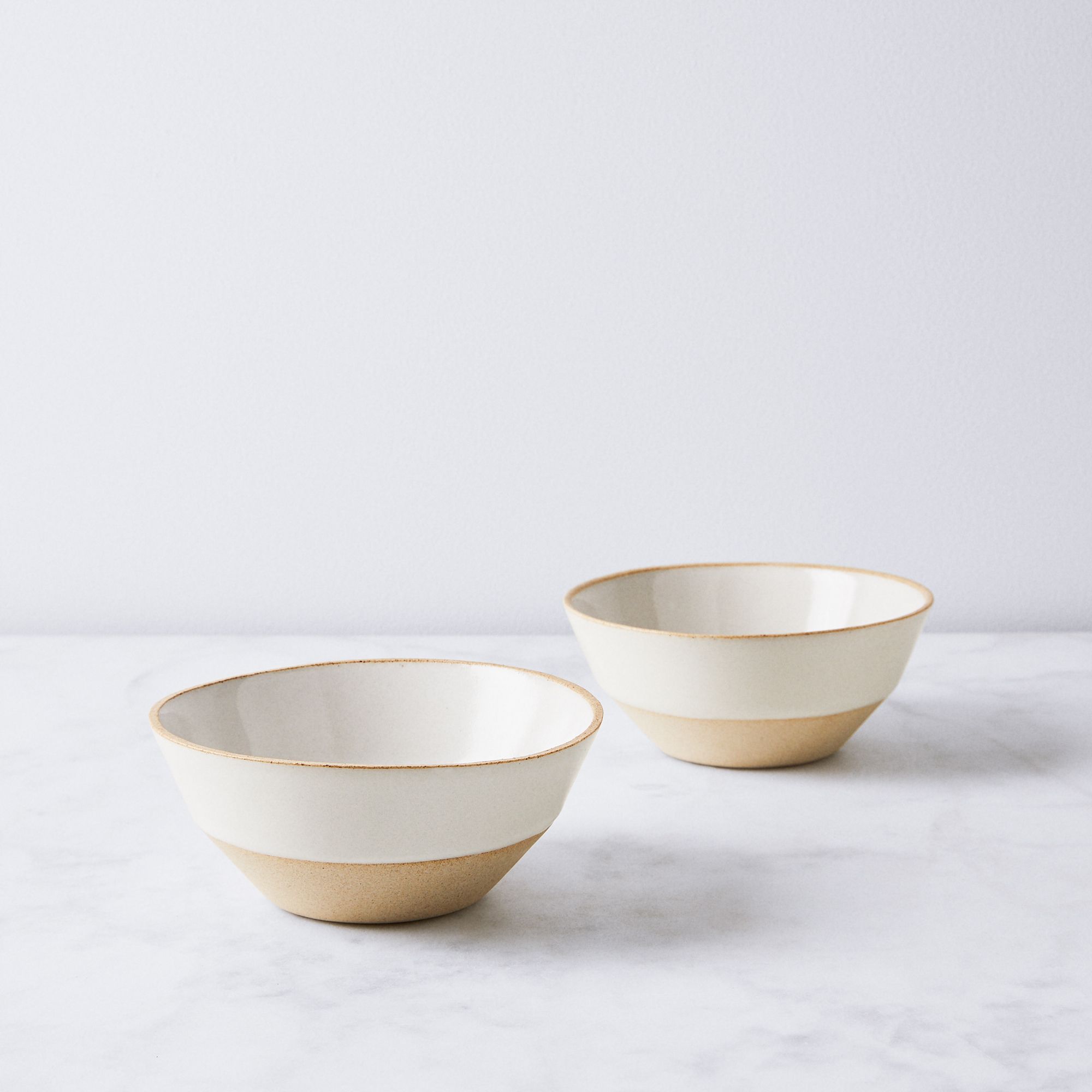 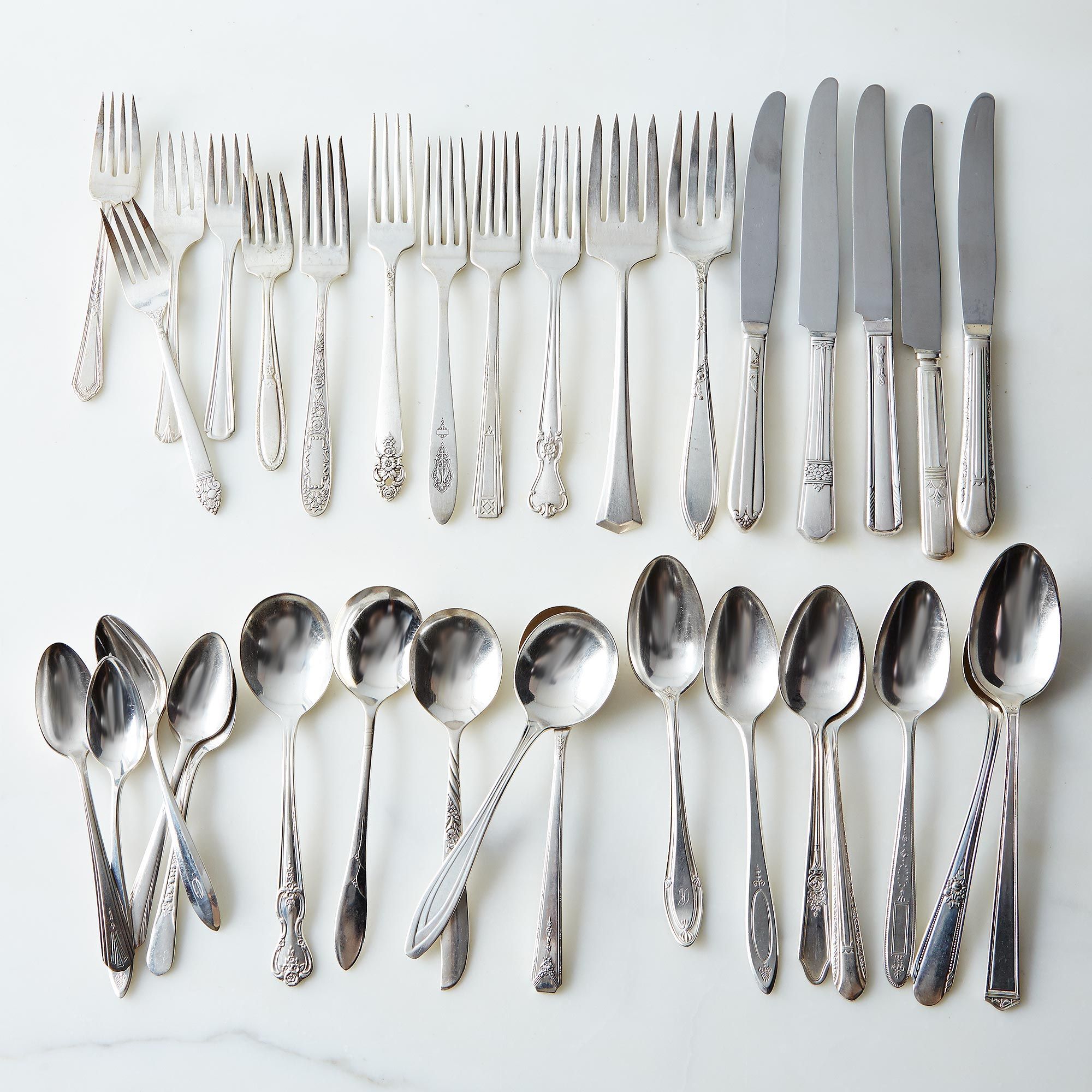 Part of the appeal of Thanksgiving is the huge spread on the dining table, but this butternut squash soup from Two Peas and Their Pod makes a case for introducing an easy appetizer. Top it off with some crunchy maple-roasted chickpeas, and your family is guaranteed to be delighted.

Chelsea’s Messy Apron’s recipe calls for cooking red potatoes on one side of the cooker and sweet potatoes on the other. Once they’re tender (three to four hours later), place them in their own bowls and beat them with a hand mixer until they’re completely smooth.

Melanie Makes’s cornbread recipe is the base of this staple, but she puts a spin on it by adding sausage, onion, celery, and sage before letting it simmer for two hours. Take the stress out of it by making the bread a day or two in advance (or using a grocery store–bought option in its place). 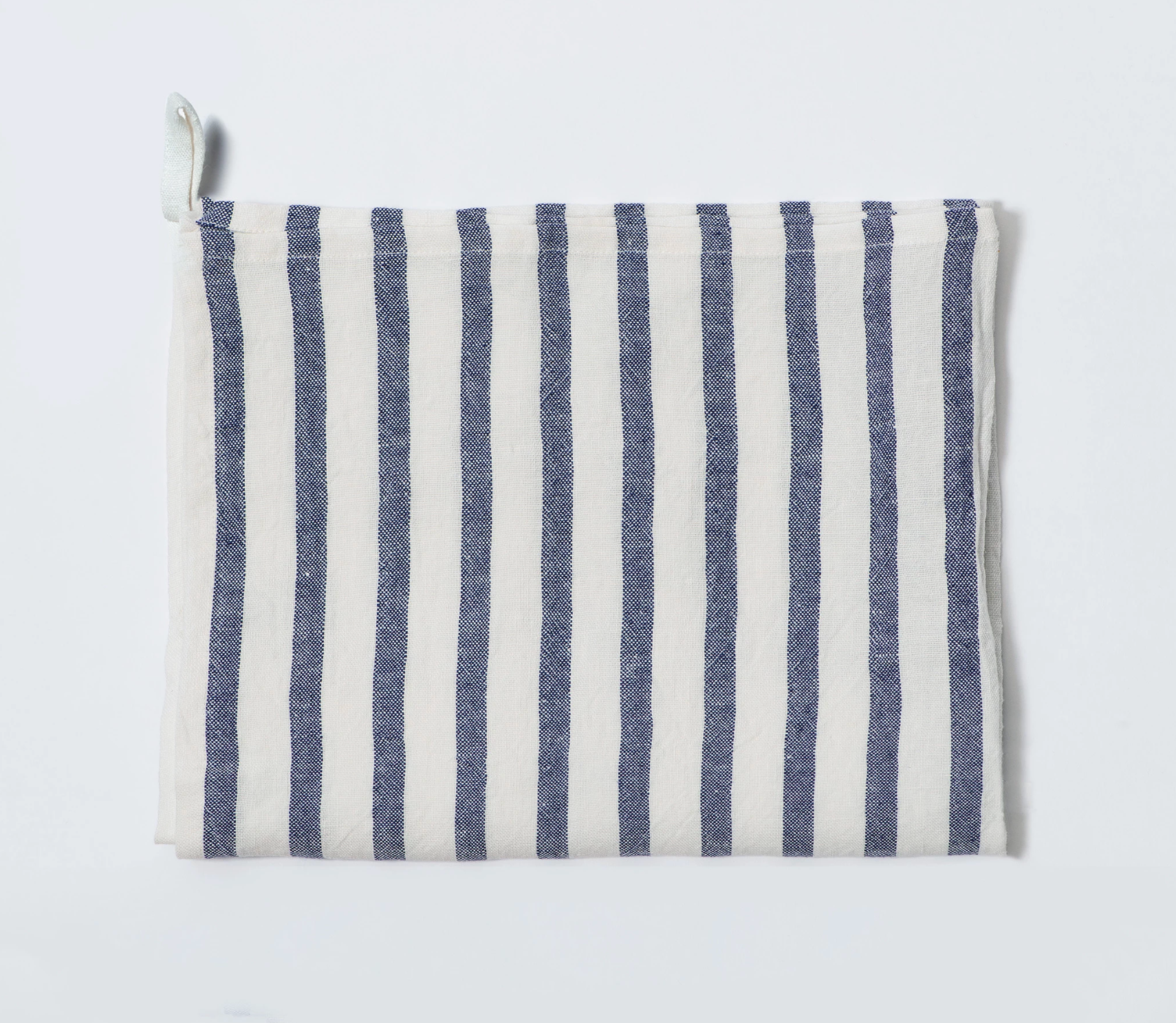 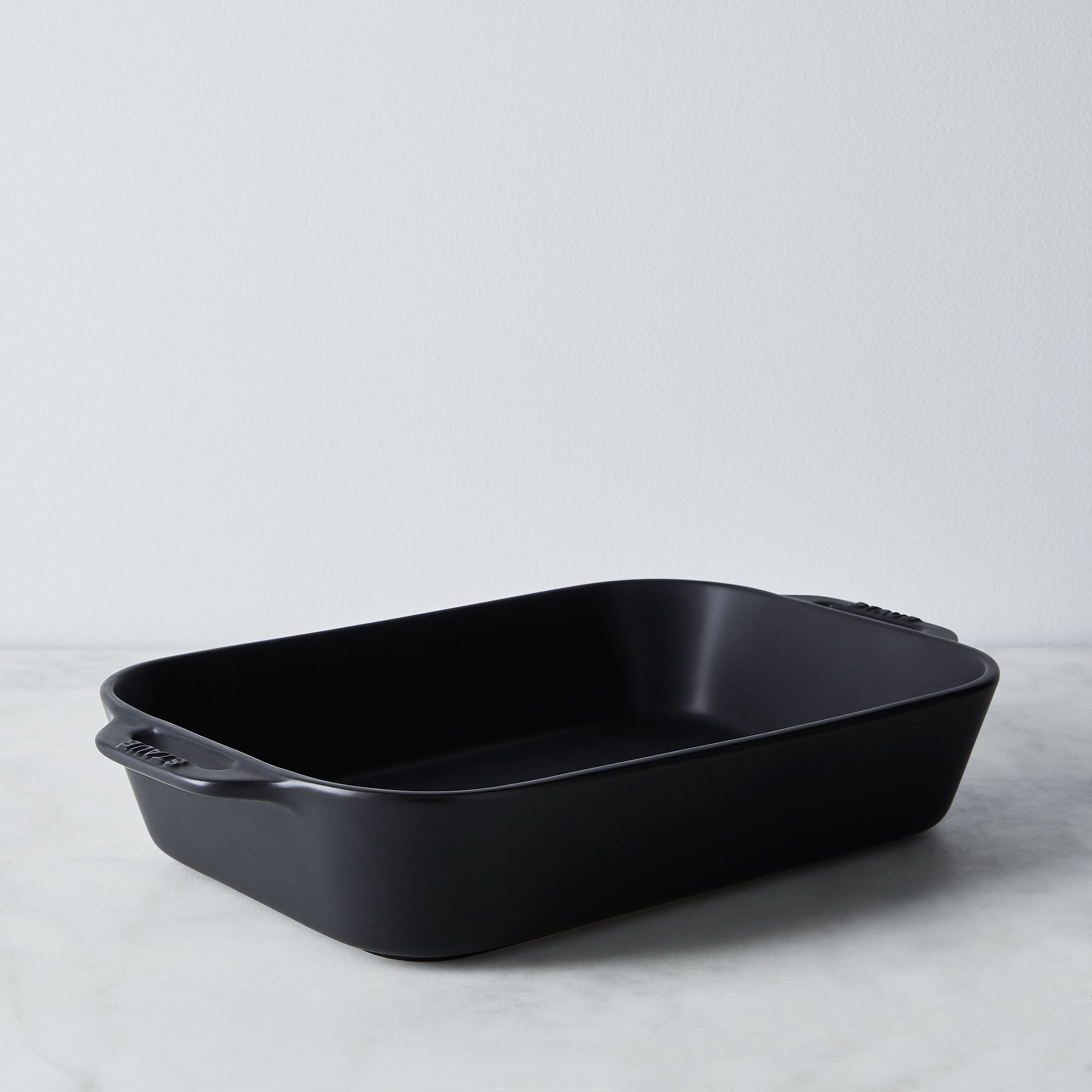 This comfort food dish by Le Creme de La Crumb calls for just six (!) ingredients, taking an unexpected turn with Alfredo sauce and Parmesan cheese. Once you’ve moved the mixture into the pot, simply cover and cook for four and a half hours or until bubbly.

We’ve seen our fair share of turkey mishaps on Thanksgiving Day—from being undercooked (read: still frozen) to dry as cotton. Avoid these fails with The Little Kitchen’s straightforward recipe. Psst: You don’t even have to add water to the pot—the meat creates a broth as it’s brewing.

Even though mashed potatoes might already be on the menu, catering to those with a sweet tooth is a must. Damn Delicious adorns sweet potatoes with a layer of gooey mini marshmallows at the very end; it only takes a few minutes to achieve that golden glow.

Stuffing runs the risk of being a bit bland—not this one. Damn Delicious’s cranberry pecan alternative is filled with flavor, thanks to the Hawaiian sweet rolls, a generous serving of dried berries, and pecans.

Use the slow cooker for these brussels sprouts by Life Made Sweeter, which is finished with a drizzle of balsamic glaze and Parmesan cheese.

Need some extra veggies in the mix? This side from Autumn Makes and Does will do the trick. The Southern-inspired dish, complete with torn kale leaves, bacon grease, and smoked ham hock, pairs perfectly with the classics that already have their spots on the table.

It’s easy to get so invested in the food itself that you forget about the drinks. Skip store-bought cider and impress visitors with an artisanal big-batch beverage they can serve themselves. Savory Tooth created the perfect concoction with apples, cranberries, oranges, and cinnamon.

With the help of some seasonal favorites like cloves and cinnamon sticks, Kitchen Treaty gives wine a festive update that can’t be beat. Whip up your stress-free feast with these four products:

This story was originally published on November 4, 2018. It has been updated with new information.

See more Thanksgiving ideas: Thanksgiving Dishes You Won’t Believe Are Vegan All the Sweet and Savory Recipes You Can Make in a Cast-Iron Skillet The Best Thanksgiving Recipes, From Cocktails to Make-Ahead Sides