Inspiration for your next intimate get-together. 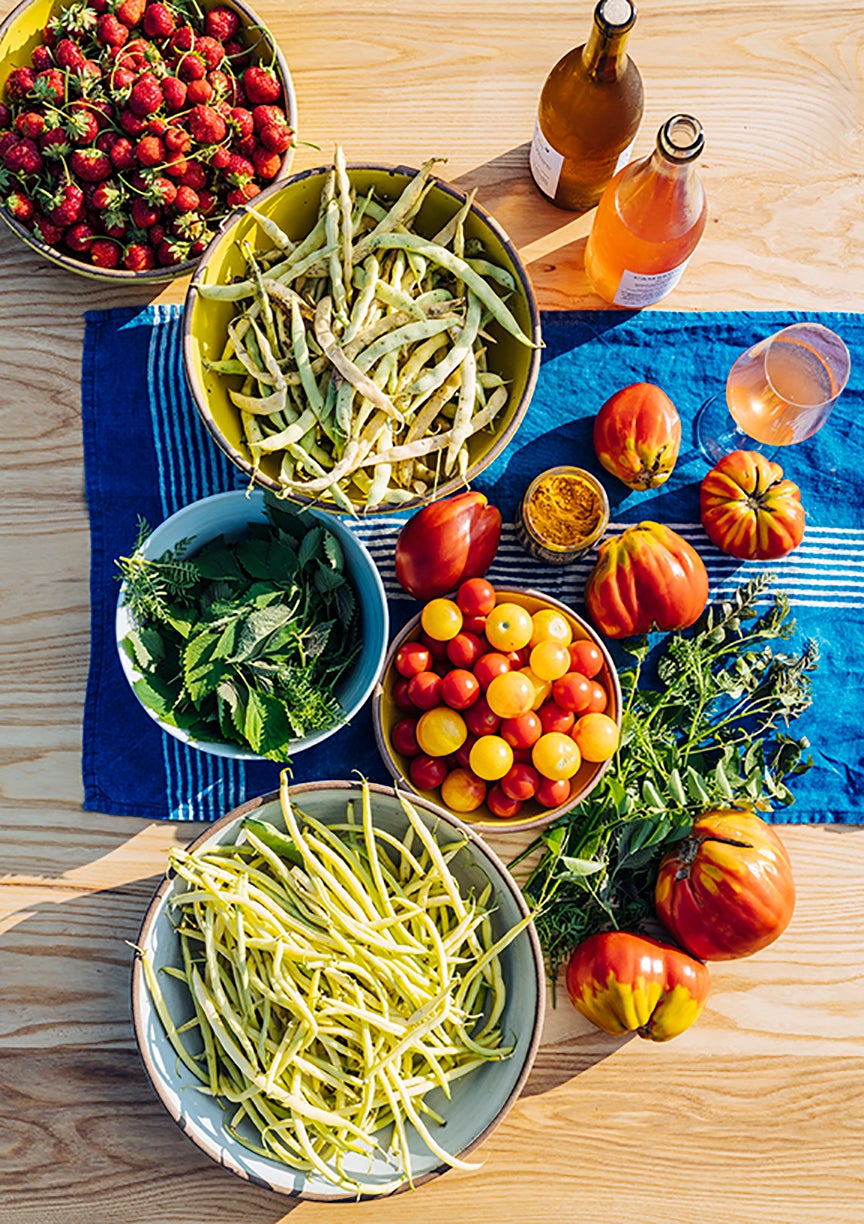 “I find that all my closest friends share a similar generosity of spirit—one that’s warm, seeks pleasure, and tends toward abundance,” says Connie Matisse, cofounder of beloved ceramics company East Fork Pottery, of the dynamic group she drew together on a balmy summer night. The occasion: a potluck-style dinner East Fork hosted in the lush hills of Asheville, North Carolina, at Evan Chender’s farm, where edible flowers, Mara des Bois strawberries, and 14 varieties of radicchio—among many other types of candy-colored produce—flourish. (The high-quality ingredients are grown specially for select restaurants in the area.)

“There’s a culinary culture here in Asheville that’s very intentional. People are building spaces for the community, not just the tourists,” explains Connie, who—along with her husband and East Fork cofounder, Alex—often collaborates with people in the food industry to create ceramicware in limited-run, richly pigmented colorways that has gained a loyal following.

For the dinner party’s main dish, the couple was inspired by a cooking process from Pakistan’s Indus Valley that involves coating a chicken with spices, wrapping it in clay, and burying it in hay to bake on an open fire. Connie wanted to adapt the idea using mullet and sea bream—and extra clay from the East Fork dinnerware line. With the help of chef Jacob Sessoms of New American restaurant Table (the two worked together in commercial kitchens years ago and have the lively banter to prove it), they covered the fish with turmeric salt, curry leaf, and lime before tightly wrapping each piece in banana leaves, then wet clay. Sessoms set the parcels directly onto the grill’s piping-hot coals, and within 15 minutes they were ready to be cracked open.

In the meantime, Chender collected sun-ripened heirloom tomatoes for a summer salad, and Sana Javeri Kadri, founder of single-origin spice company Diaspora Co., foraged for nasturtium and yellow pansies with chef Ashleigh Shanti of soul food hot spot Benne on Eagle. “Dinner was very much a collaborative effort,” says Shanti. Her mix of modern Southern (three-bean and corn salad dressed in plantain vinaigrette) with global mashups (cucumbers spiced with shito, a West African condiment that “complements everything from vegetables to hearty meats,” along with a curry leaf–flecked coconut-turmeric rice, which she helped Sessoms prepare) rounded out the crowdsourced meal. “That rice definitely tugged at my heartstrings,” says Kadri, who grew up eating a similar dish in Mumbai. “Turmeric really adds color and an earthiness.”

From the kitchen, a playlist that jumped between folk-rock and hip-hop kept Connie and Alex’s 5-year-old daughter, Vita, dancing, with her 3-year-old sister, Lucia, following close behind. John Hale, co-owner of natural wine shop Crocodile Wine with his wife, Anjuli Munjal, unpacked chilled bottles, including Furlani Mino Rosso (“A very light, punchy red”) and Cambridge Road Rose of Venus (“It’s ripe, crunchy, and has a little smokiness—perfect for the grilled fish”), while their two young kids played in the garden.

Once the clay bundles were fresh off the grill, everyone gathered at the table, set with bunches of bright florals and primary-hued East Fork pieces, to unwrap the steaming fish. Grilled melon finished with a dusting of grated halloumi, lemon juice, and coarse sea salt was passed around, then the salads bursting with fragrant herbs. Animated conversations about sustaining small businesses in Asheville gave way to goofy impressions as glasses were replenished. Fortified by food and a renewed sense of community, the group chattered on as fireflies lit up the clear night sky.

The star of this salad is the plantain vinaigrette. For the base, blanch three varieties of in-season beans—green beans, wax beans, and Romano beans were used here, but any fresh pod or bush bean can be swapped in. Transfer them to a big, shallow bowl. Next, shave kernels off the cob of 3 or 4 ears of corn. While the beans are still warm, add in the raw corn and ¼ to 1 cup of chopped lemon balm, to taste, as well as any other herbs you like. Toss everything with the vinaigrette, and garnish with Maldon sea salt and nasturtiums or other edible flowers.

Blend all ingredients in a food processor until smooth. 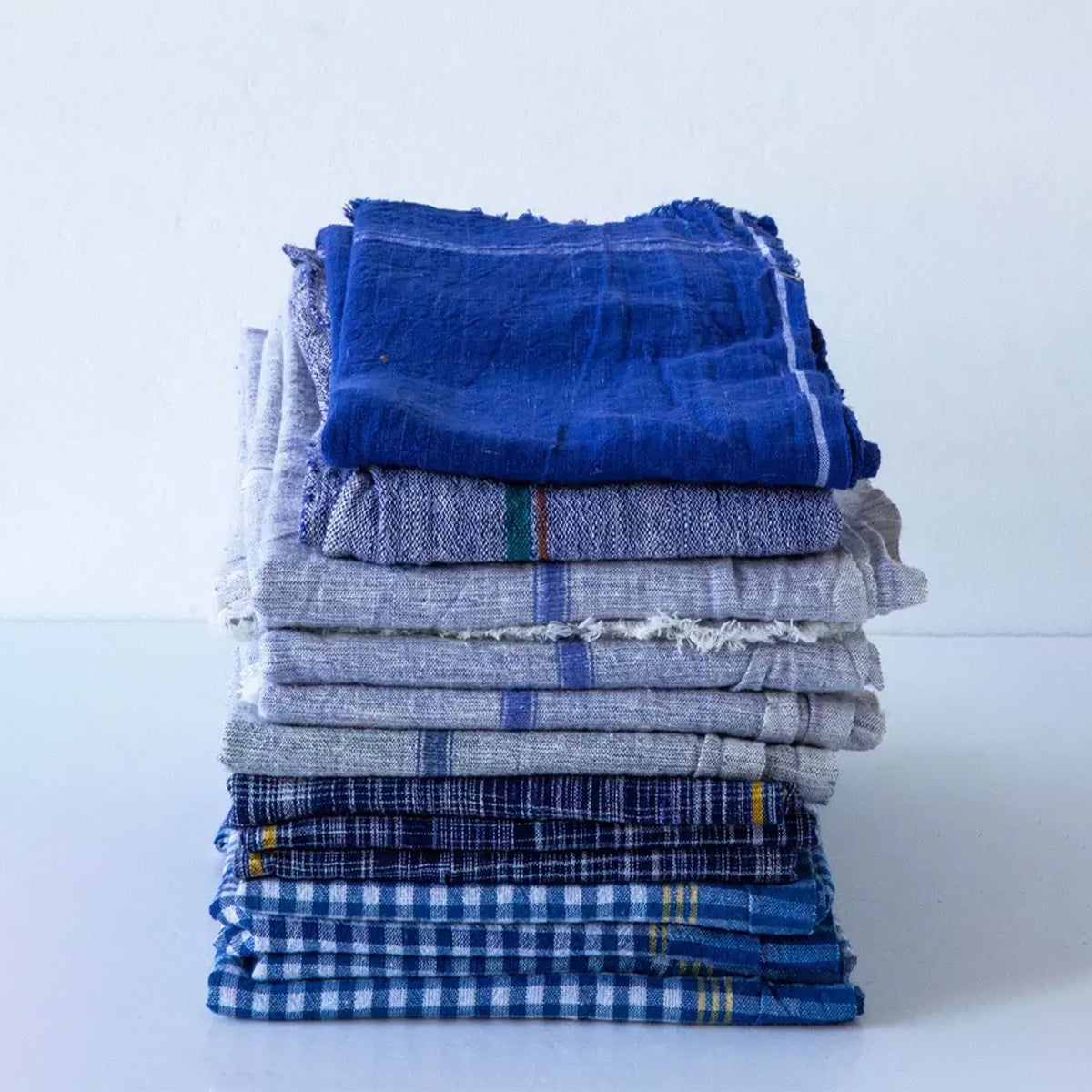