9 Crock-Pot Soups to Make This Winter, Because It’s a Marathon, Not a Sprint

Set it and forget it. 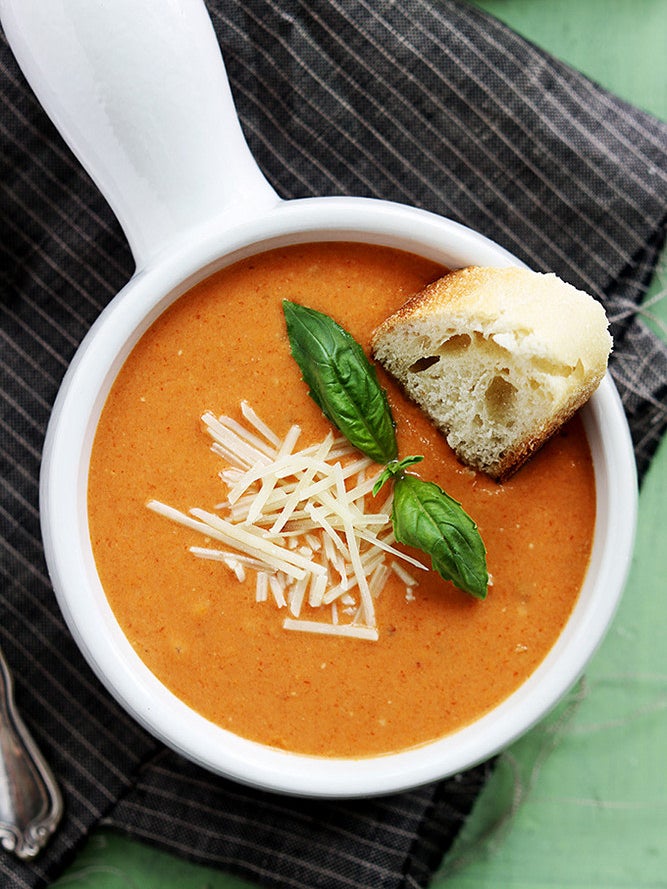 Name a better way to end a glacial winter day than with a piping-hot bowl of soup that’s been simmering all afternoon. (Sorry, making snow angels doesn’t come close.) A slow cooker is the ultimate shortcut to make this scenario a reality: Simply gather your ingredients, set the timer, and enjoy the results when you’re back from work, French baguette in hand.

Whether you’re in the mood to hunker down with some corn chowder or a hearty dose of minestrone, you can achieve a tasty meal with zero stirring-over-a-pot involved. These nine recipes are sweater weather’s best friends.

Sonja and Alex Overhise of A Couple Cooks top this recipe off with their go-to vegan toppings: cashew cream (instead of sour cream), green and red onions, and chopped cilantro. If you want to take a smokier route, the blogging duo suggests adding paprika to the spice mix.

While you can also whip up this dish with an Instant Pot or on the stove, Half Baked Harvest blogger Tieghan Gerard makes a case for letting the basic pantry staples sit and simmer. For texture, she suggests tossing some roasted mushrooms in butter, rosemary, and garlic and adding them to the pot.

This savory option doesn’t even need an afternoon to cook—it’ll be ready to eat after an hour and a half in the pot. For the beef, Creme de la Crumb suggests picking up stew meat (it’s juicy and tender) and twirly cellentani noodles.

As far as comfort foods go, chicken noodle soup is the equivalent of homemade macaroni. This hearty recipe by Damn Delicious calls for traditional spaghetti noodles; one whole lemon; and tons of fresh parsley, rosemary, and thyme.

Set up your Crock-Pot station before leaving for work in the morning, and when you return home, this soup will be waiting for you. Pinch of Yum’s recipe starts like a chicken wild rice soup (toss in the basics: carrots, celery, onions, and broth) but gets a twist with the addition of gnocchi and creamy evaporated milk.

The Recipe Critic’s dish takes only 10 minutes to prep, so you’ll have no trouble tackling it in the morning before you head out. After cooking on low for four to six hours, take out the chicken to shred it. When you put it back in the slow cooker, sprinkle on the finishing touch: a cloud of shredded Cheddar.

Celery, carrots, onions, chicken, and tortellini make for one soothing meal. Double the recipe and you’ll have a week’s worth of lunches.

If you’re a fan of Panera’s broccoli and cheese soup, try this creation by Well Plated. It does take a full eight hours to cook, but to speed up the process a bit, Erin Clarke recommends using an immersion blender after everything has mingled for six hours.

Prepare to be sipping tomato soup all season long. Go beyond the bread and enjoy it with a gooey grilled cheese—the pairing will instantly bring you back to your childhood. Slow and steady really does win the race.

This story was originally published on November 3, 2017. It has been updated.