We Spoke to Kim Kardashian About Her Favorite Shopping App

It’s going to change that way you shop for furniture, guaranteed. 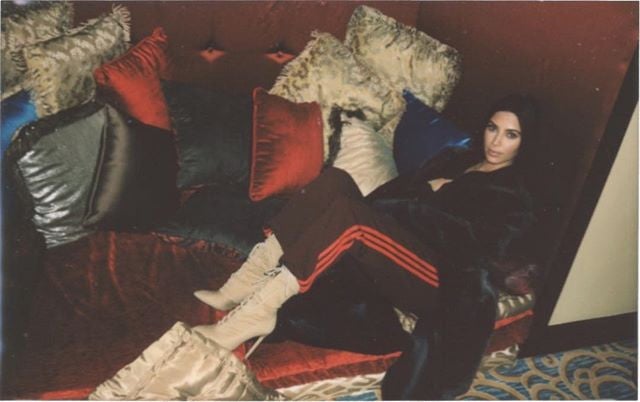 You know the “saved” section of your Instagram page, where you have approximately 500 aspirational images of outfits and decor you want to try and find? Well, tracking them down is about to get a whole lot easier thanks to one particular app. It’s called Screenshop, and it’s basically Shazam for your shopping cart. It comes with some pretty legitimate credentials, too: Kim Kardashian West has not only been a fan since the beginning, but serves as an advisor for the app.

“A really good friend of mine was friends with the girl that was starting this app. She wanted my opinion on it, and I really loved it; It kind of organically came about that we started working together,” says Kardashian West.

The concept behind Screenshop is pretty straight-forward: After downloading the (free) app, you simply upload screengrabs of items from any site or app and scroll through the similar shoppable items that pop up. Instagram, Pinterest, Snapchat, street style photography… the possibilities for inspiration are truly endless. And while the app, developed by Mark Fishman, Molly Hurwitz, Ari Bregin, Meir Hurwitz, and Jonathan Caras, has been around since November 2017, we’re most interested in the newest feature available to users starting January 31. In addition to women’s, men’s, and children’s clothing searchability, Screenshop will now also let you upload screenshots of furniture.

According to Kardashian West, the newest feature was a natural next step for the brand—the direct result of a gap in the market—and one that she’s personally looking forward to.

“First of all, I think it’s so groundbreaking that you can just screenshot something then find something that’s similar and have so many options,” she says. “I’ve learned so much about furniture in the last two years, just [by] building my home and figuring out what our taste is. I couldn’t imagine if I had this when I was getting my first apartment and had no clue what to do or where to go. To just see a picture and be able to screenshot it…that’s so easy.”

Thanks to image recognition technology, Screenshop is able to scour a database of hundreds of retailers to find a shoppable product that is either the exact item you were looking for or pretty close. Sort and filter by price or brand, and you might even find something better than what you had initially been searching for. When we tested the app to find a pair of red trousers, it not only pulled up the exact brand, but also included a long list of similar items; most of which looked precisely the same but were comparatively cheaper.

Which, as any person with a fairly consistent online shopping habit will tell you, really is groundbreaking. You could use it to hunt down a specific piece you’ve been eyeing forever on some Pinterest board, or you could use it as a more general research tool to get a feel for what’s out there and plan a more budget-friendly version of your dream home. Kardashian West even suggests using it for DIY Halloween costumes. It’s like your digital moodboard, come to life.

It also significantly simplifies the shopping process. Rather than spending time hopping from store to store or going the more expensive route of hiring a decorator, you can do the work yourself from the comfort of your couch.

“I would take pictures from magazines all day long; I used to cut them out and make moodboards to figure out what I wanted my apartment to look like or my first house to look like,” says Kardashian West. “It was such a fun experience, but it was always grueling to have to go from store to store. All I wanted was what I saw in the magazine. [The app] makes it so easy.”

While Screenshop might be the first of its kind to offer this sort of streamlined shopping experience, the app itself seems to be indicative of a broader shift in the retail industry. Social media companies have been testing out native shopping strategies for a while now—notably, Pinterest rolled out a visual search feature in March 2017, and Instagram lets you shop from thousands of retailers thanks to integrated Shopify technology. Even grocery stores seem to be moving away from traditional retail models in favor of more tech-friendly shopping methods.

“With my fragrance and beauty lines, I’m completely online; I don’t have any in-store presence, and I’ve been doing really well. That never would have happened five or six years ago,” says Kardashian West. “I think [retail] is completely moving digitally, and e-commerce is where it’s at right now. It’s fascinating.”

Try it out for yourself: Screenshop is officially available to download now for iOS and Android.

Oh, and if you’re wondering what to purchase to update your home for the new year, take a page from Kardashian West’s personal aesthetic and stick to the basics: “I really like minimal taste. Not a lot of color, just really simple palettes and beautiful designs.” You heard her. Run, don’t walk, and steer clear of that multicolored geometric-printed sofa.