Apple’s HomePod Will Soon Be Available (for Real This Time) 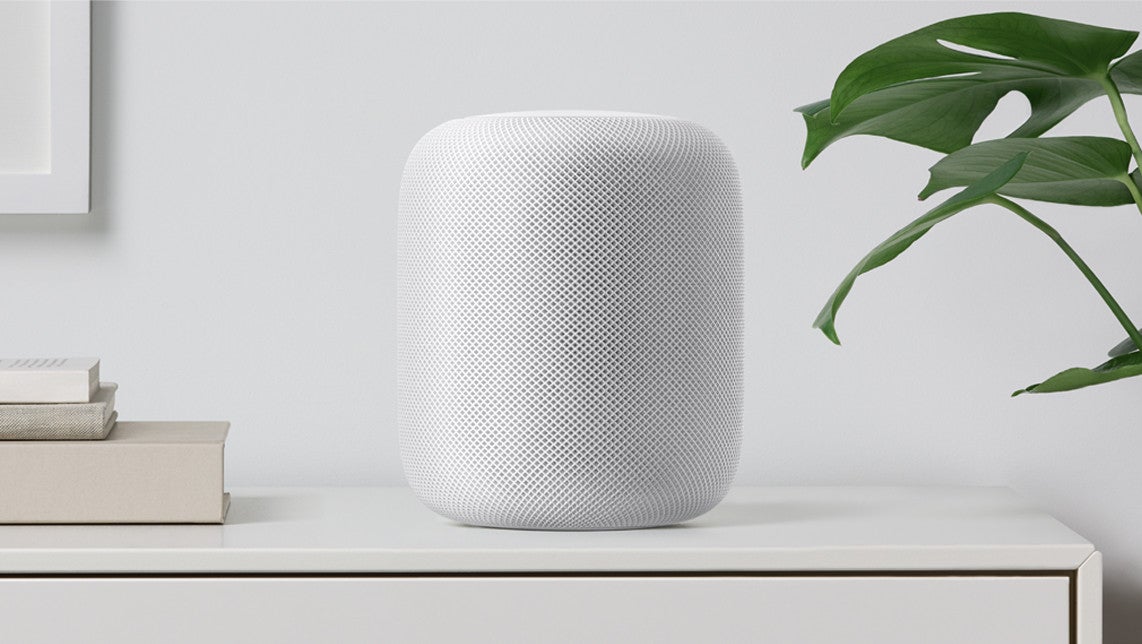 Good news, Apple fans: The wait for the HomePod will soon be over. According to a recent announcement from the company itself, the much-anticipated smart speaker will officially launch on February 9. And in even better news, you can place your order as early as January 26.

After months of postponement—most recently in November 2017 due to timing issues—the speaker will now be available in the US, UK, and Australia. Apple has plans to roll out the technology in France and Germany later this spring—although given the frequency with which this launch has been rescheduled, we’d take those plans with a grain of salt.

With all the buzz surrounding virtual assistants this year, Apple had been the one company notably missing from the smart technology game. While Google and Amazon have been leading the charge thus far with Google Home and Amazon Echo, Apple had remained quiet—that is, until it announced the release of the HomePod in June 2017.

Marketed as a smart speaker first and home assistant second, HomePod stands at seven inches tall and looks like a mesh-covered canister. Available in white and Apple’s signature space gray, it marks the tech company’s first new hardware product since the AppleWatch.

The sophistication of the technological design is part of what Apple believes will set it apart from the competition, meaning that the hardware of the HomePod (which audio buffs can read about in detail here) will create a more advanced audio experience than the HomePod’s competitors. It will automatically detect multiple speakers in a room to balance out the sound, plus the HomePod will be able to understand its physical location to optimize the sound whether it’s on a corner, a table, or a bookshelf.

But what really differentiates the HomePod is its musical capabilities. It works with Apple Music subscriptions to give users access to more than 40 million songs, connecting to iPods, iPhones, Apple Music libraries, and AirPods for complete musical integration between all your Apple products.

“Apple reinvented portable music with iPod and now HomePod will reinvent how we enjoy music wirelessly throughout our homes,” said Philip Schiller, Apple’s senior vice president of Worldwide Marketing. “HomePod packs powerful speaker technology, Siri intelligence and wireless access to the entire Apple Music library into a beautiful speaker that is less than seven inches tall, can rock most any room with distortion free music and be a helpful assistant around your home.” The smart technology comes into play in several capacities. First, HomePod will be able to tailor itself to your musical preferences and suggest new songs thanks to its integration of Siri. HomePod can even deal with advanced searches (according to the press release, Siri will be able to answer questions as specific as “Hey Siri, who’s the drummer in this?”) and has added security measures that protect your information and musical choices from going to Apple servers unless you actually utter the phrase “Hey Siri.”

Listed at $349, HomePod is significantly more expensive than the Echo ($179) and Google Home ($129). While it does offer other home assistant capabilities —for example, it can send messages, turn on/off the lights, and give you updates on sports or the weather—Apple seems to justify the price difference based almost entirely on the superior audio quality of its HomePod.

Despite potential auditory benefits, the high price point and design of the HomePod has sparked more than a couple hilarious reactions on Twitter. Some users compared it to a ball of yarn, and one likened it to toilet paper. One user pointed out the similarity between a HomePod and the tall fur caps traditionally worn by Buckingham Palace guards, writing “Apple’s new homepod is going to be just $349!” accompanied by an image of a guard wearing a HomePod as a hat. Which is one way to get an immersive audio experience, for sure.

Originally published in November 2017. Updated with new information on January 24, 2017.