Every Bizarre Ikea Headline From 2017 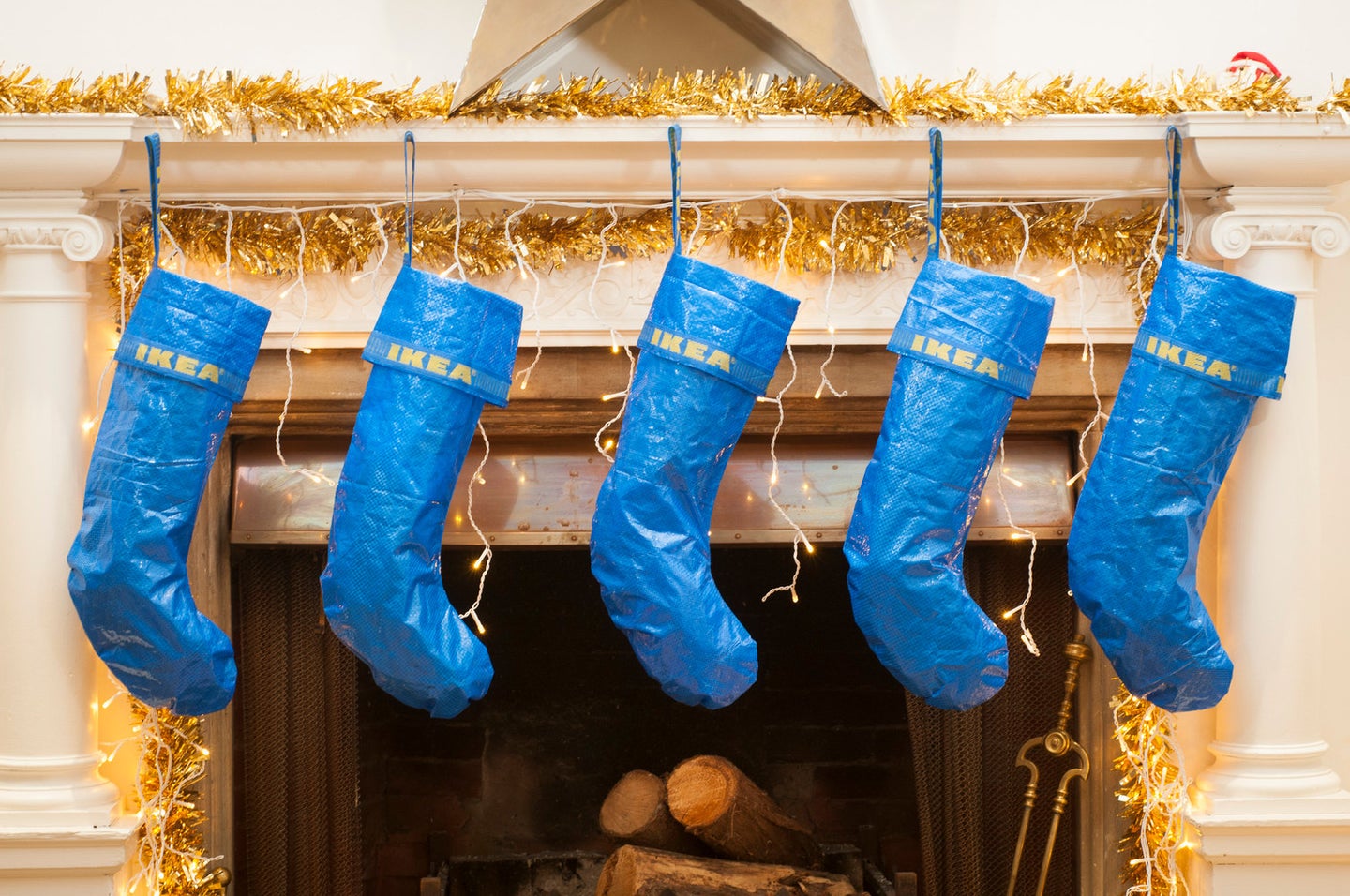 2017 has been a lot of things. It’s been the year of unicorn food. The year that someone designed color-changing furniture. The year that millennial pink refused to die. It’s also been the year of bizarre Ikea headlines; be it for a certain iconic blue bag-turned-fashion statement or a metal bowl that will also cook your fruit whether you want it to or not, the Swedish retailer has been in the news for a variety of non-decor related situations a lot this year.

And in the name of investigative journalism, we’ve rounded up some of our favorites. Enjoy.

That time that the fashion industry tried to commandeer the Frakta bag.

A year ago, we wouldn’t have believed anyone who said a $0.99 bright blue plastic tote bag would become the latest flash trend to permeate the industry. How wrong we would’ve been: In April, Balenciaga used the Frakta as its unlikely style muse for a designer rendition weighing in at a hefty $2,149.01. Then, in May, LA-based brands Pleasure and Chinatown Market teamed up to design a baseball cap made out of the tote.

Someone even started teaching fashion seminars on how to DIY various items—from shoes to outerwear—from the Frakta. And then charged people $100/hour for his expertise. The classes are still available to purchase, by the way, in case you wanted to gift someone special a plastic blue wallet this holiday season.

That time the Game of Thrones costume designer revealed a surprisingIkea hack.

Not all heroes wear capes. Some wear $30 sheepskin rugs from Ikea. After the show’s Emmy-winning costume designer Michele Clapton let slip that the capes used for the Night’s Watch costumes were actually Ikea rugs, Game of Thrones fans and Ikea hackers alike collectively freaked out. In true form, Ikea had a witty response at the ready in the form of instructions on how to assemble “Vinter”, the company’s name for the DIY cape. While this particular Ikea hack is ideal for costume parties, we think it makes for a rather fetching winter outerwear piece, too.

That time a group of teens took their homecoming pictures at Ikea.

As Megan Goulding, a high school senior from Frisco, Texas put it, “Why take normal homecoming pictures when you can them at Ikea”? In lieu of a more traditional photoshoot, Goulding and her group of friends ventured out to Ikea to take a series of hilarious photos using the staged rooms as their backdrop. Lest you think this was a slapdash endeavor, they also recruited Goulding’s mother (a professional photographer) to shoot the project. The results were so great that we’re half inspired to start suggesting Ikea as a potential wedding photography venue.

In one of the biggest soccer upsets in recent history, Sweden beat Italy in the final play-off game for the 2018 World Cup, meaning that for the first time since 1958 Italy will not be partaking in the event. Unsurprisingly, Italians did not take this news well: According to Business Insider, fans took to Twitter to share the hashtag #boicottaikea and call for a nation-wide boycott of the furniture company. Ikea responded by extending an olive branch of sorts to Italian coach Gian Piero Ventura. “To say we’re sorry, we give this bench to Gian Piero,” wrote the company in a message, accompanied by an image of Ikea’s äpplarö bench.

That time an Ikea bowl set an unsuspecting Swede’s grapes on fire.

The Blanda bowl is affordable and multifunctional, making it a kitchen essential for many. Unfortunately, it’s also apparently a safety hazard: Earlier this summer, Swedish man Richard Walter reported that his Blanda caught fire while he was in the middle of enjoying a bowl of grapes. After a brief investigation, Ikea concluded that the bowls are safe to use as the risk for fires isn’t serious; however we’re not sure Walter or his bowl of incinerated produce would be inclined to agree.

That time a company turned to Ikea for slightly untraditional holiday decor.

The Frakta bag strikes again, this time in the form of a Christmas stocking. UK company Bootleg Baubles turned the blue tote into a limited-edition holiday staple retailing for £20, using the catchphrase “Nobody knew they wanted this and suddenly here it is.” Unfortunately all 50 of the stockings are already sold out, but not to worry; Per Cosmopolitan, scissors and a sewing machine are all you need to DIY your own. Consider your holiday decorations sorted.