Learn How to Turn Your IKEA Frakta Tote Into Fashion

An online tutorial will teach you how to repurpose your tote bags—for $100 an hour. 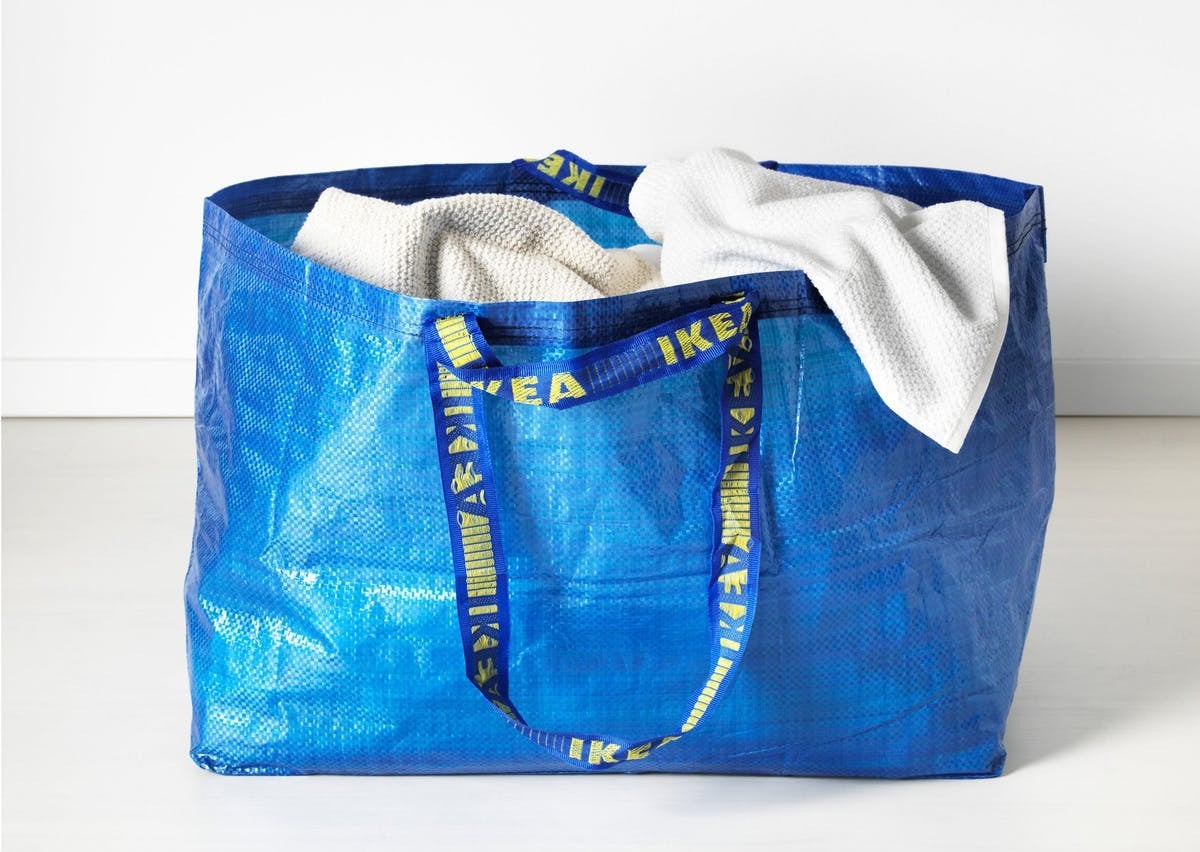 If you had told us a few months ago that IKEA’s Frakta bag—which costs $0.99 and is used for everything from storing laundry to transporting gardening supplies—would end up being one of the hottest trends of the summer, we wouldn’t have believed you.

Then Balenciaga released a $2,150 tote that looks suspiciously identical to the IKEA version (IKEA’s response was hilarious). A few days later, the iconic blue tote was made into a baseball cap retailing for $38. It seems as though the Frakta craze is here to stay (at least for a while), and we’re not the only ones who think so: Global knowledge sharing platform Zeqr is now offering classes on how to turn the bag into various accessories and garments.

For $100 an hour, a fashion designer named Louis Trainor will teach “crafty fashionistas” how to transform their Fraktas into anything from shoes to outerwear to wallets. In the tutorial, Trainor will demonstrate how to deconstruct the bag, cut the fabric with a paper pattern, and reconstruct it into a whole new product. According to the Zeqr posting, the synthetic material of the bag is durable and water resistant, thereby naturally lending itself to remodeling.

Interested in purchasing a live tutorial? You can do so here. Father’s Day is coming up, and this could be your chance to get him the bright blue plastic wallet he’s always wanted.