The Ikea and Hay Collaboration Is Finally In Stores

This is not a drill. 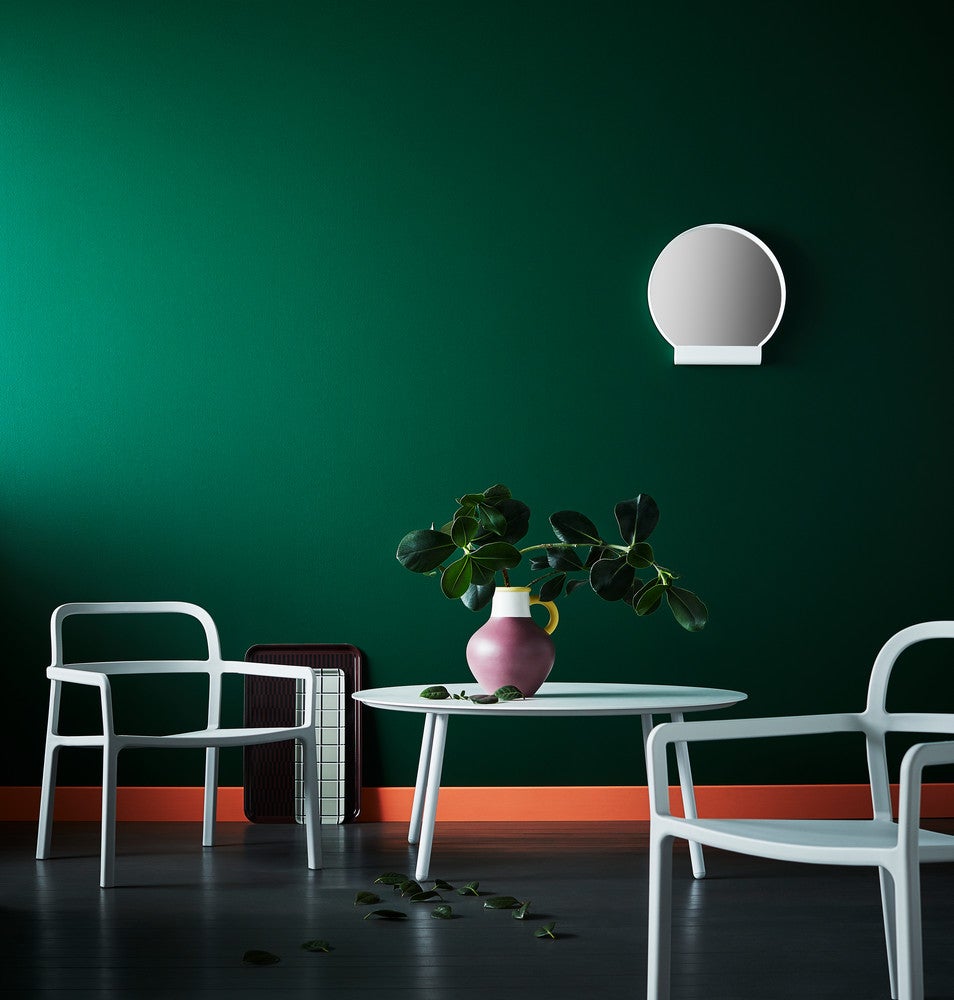 Following months of anticipation, Ikea’s highly-coveted collaboration with design studio HAY is finally here. You probably day-dreamed over the Pin-worthy images and cleared space within your homes for the fresh haul you won’t be able to resist splurging on. That wasn’t just us, right?
Husband-and-wife duo, Rolf and Mette Hay, are the leading creative forces behind the Denmark-based brand, which has garnered a cult-like following from decor enthusiasts across the globe. Their understated yet impactful approach to design is effortlessly emulated within the broad range of home furnishings and accessories they continuously put forth.

Naturally, news of their collaboration with Ikea was well-received. The couple approached the brand with a partnership in mind, establishing themselves as the first third-party designer the retailer would come to work with. Similar values and a like-minded view towards design were the catalysts for the relationship.

The design process began three years ago, when Rolf and Mette began conceptualizing the unique themes of the collection. “It was important that the products we designed remain true to Ikea,” says Rolf Hay, co-founder of HAY. In order to create a collection that would function in an Ikea environment, the pair set out to distinguish what would be a possibility within the realm of the Swedish retailer’s suppliers.

“We have two directions in the collection: furniture and accessories. These two lines play extremely well together but, the furniture range was driven by the possibilities of the Ikea chain. We toured a lot of factories and many of the products in our line were inspired by the brand’s technological production and innovative direction,” says Hay.
As HAY is known for their streamlined aesthetic, there posed the question of whether or not Ikea’s flat-pack model would impose a challenge when it came to the items designed for the collection. Nevertheless, Hay sticks by the fact that he and wife Mette, didn’t let that inflict any sort of limitations, “it was a part of it, and working with Ikea product engineers, you adapt to it immediately—it becomes a natural aspect of the design process.”
From this, Hay draws on the Ypperlig chair, which stood as an exception to the flat-pack method. It takes a total of 30 seconds to make, wherein an injection mould is filled with a single shot of liquid plastic. “Understanding production methods are key and from there, you build designs based on that,” says Mette Hay.

Implementing a contemporary touch on Ikea’s already-modern aesthetic was a goal for the duo, and one they managed to go above and beyond. “Being modern is more about creating an object that is innovative,” notes Hay. ” People who are interested in contemporary design, and have a knowledge of it, find that it is something that relates to fashion. We aim to create items that can last many years—the more I work with furniture, the more I realize the importance of working in an efficient way.” The couple, who has a knack for following their instincts, can attribute that practice to much of their success.

Three years prior to the launch of the Ypperlig collection, Mette inquired about commissioning a redesign of the Frakta tote. “I thought they would say no since it’s such an iconic piece,” says Hay. “They asked me different questions about what my views were on the accessory collection,” she recalls of their initial conversation. Unbeknownst to her, the tote would rise to a certain level of fame, remaining in the limelight for the better half of 2017—beginning with the inception of Balenciaga’s $2,100 version, which bore an uncanny resemblance to the tote and ending with a short film dedicated entirely to the versatility of the oversized, blue and yellow bag.

Sans any changes to the size or material, Mette revamped the Frakta with a trio of fresh colors and patterns. A serendipitous idea for sure.