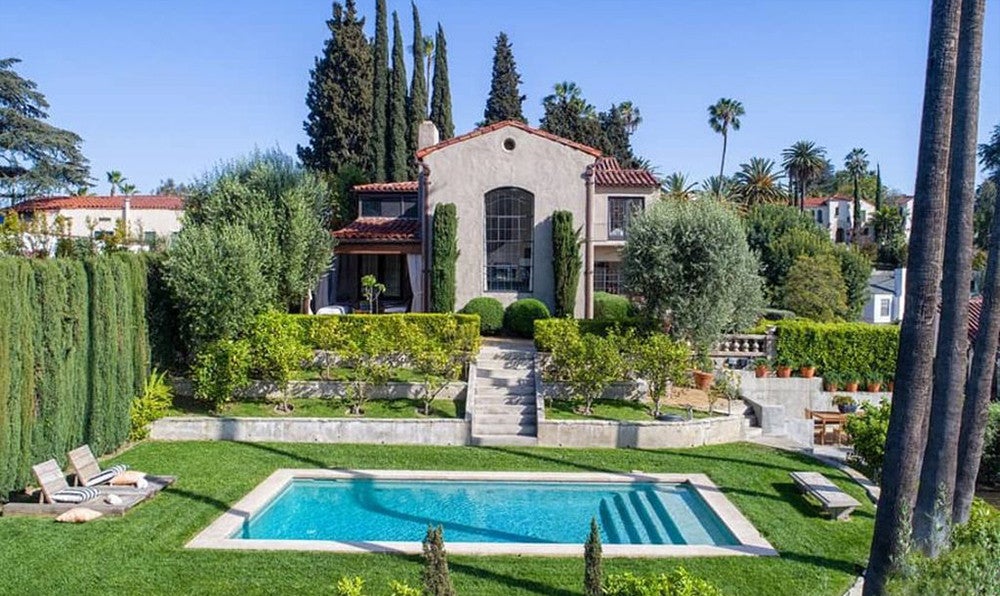 If there’s one celebrity who truly deserves her own HGTV show, it’s Ellen Pompeo. In case you weren’t aware, the beloved actress-turned-activist has a serious talent for house flipping… and, right now, the Grey’s Anatomy star is on a roll. According to Variety, Pompeo and her music producer hubby Chris Ivery just listed their gorgeously restored 1920s Spanish-style villa in LA’s historic Whitley Heights neighborhood for $2.795 million—and the now revamped space proves that the actress has some skill.

In what appears to be an effort to purge their real estate portfolio of dust-gathering vacation getaways and former starter homes, Pompeo and Ivery’s Whitley Heights pad is only the latest of the couple’s properties to hit the market. Just this past January, the pair put their dreamy, renovated Hamptons farmhouse on the market. Only a month before that, they listed (and quickly sold) their lush Hollywood Hills abode for $2.75 million. So, we really can’t help but wonder: Does Dr. Meredith Grey have a secret thing for flipping houses?

Perched atop a hillside, the quaint villa offers sweeping views of downtown LA, as well as the surrounding mountains. Since Pompeo first landed the two-bedroom, two-bathroom spread back in 2005 for a mere $1.2 million, the two-story home has undergone a slew of stylish, modern upgrades. No stranger to transforming historic abodes in need of a little TLC, it’s clear the Old School actress intended to impart her design-savvy touch without compromising the home’s inherent rustic charm and flashes of ’20s flair.

Spanning 2,456 square feet, the sweet villa errs on the smaller side (at least by celebrity standards). Inside, traditional Spanish-revival elements—like arched windows, ornately carved wood beams, and wrought iron detailing—grace every room. At the heart of the now bright and airy living room sits an impressive fireplace topped with an intricately-carved stone mantel.

A spacious kitchen and sun-drenched dining room also sit on the home’s main floor. With enough room for an imposing, vintage farm table, we’re guessing the dining room used to be one of the A-lister’s favorite spots to gather with friends. Though neither the dining room nor kitchen are privy to the same soaring two-level high ceilings present in the foyer and family room, an abundance of natural sunlight and worn terracotta floors introduce an instant sense of warmth.

Appropriately decked out with chef-approved appliances (peep the six-burner range) and plenty of prep space and storage, Pompeo’s restaurant-worthy kitchen is what cooking dreams are made of.

While the two fairly tiny bedrooms that sit upstairs connect through a Jack ‘n’ Jill-style bathroom, it’s easy to forget the perils of sharing when your charming suite boasts an attached balcony.

Bordered by sky high palm and olive trees, the resort-worthy grounds are a true testament to Pompeo’s eye for immaculately landscaped spaces. (Both her former Hollywood Hills home and Hamptons farmhouse boast pristine swimming pools and incredibly lush gardens.) While we’re seriously crushing on the home’s interiors, this dreamy backyard oasis would be the only selling point we’d need if our pockets were a bit deeper.