Katy Perry’s Mediterranean-Inspired Mansion Has Its Own Fitness Center

The singer is selling her LA home for almost $10 million. 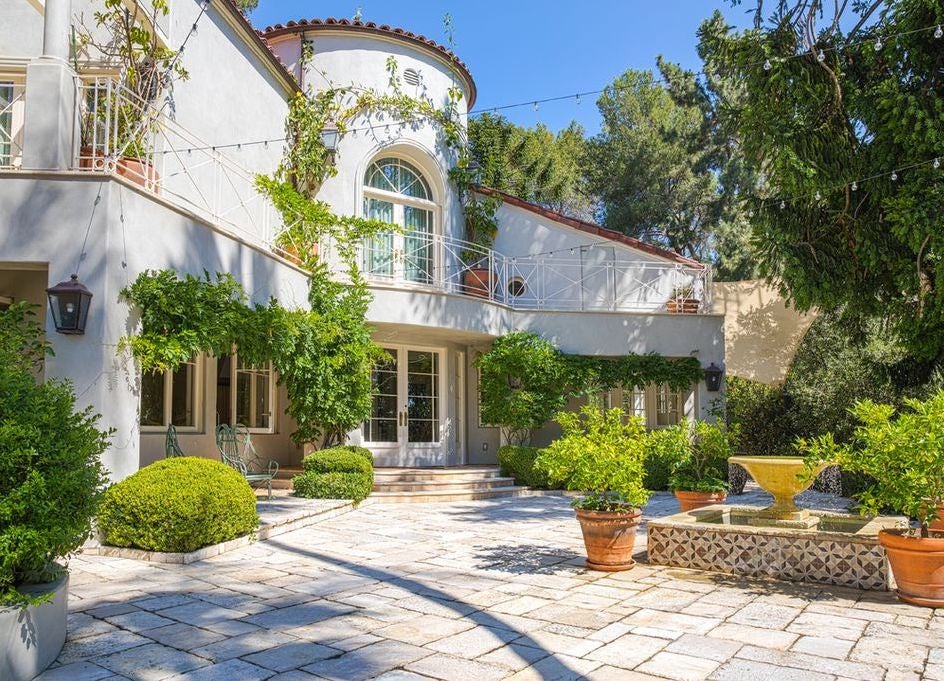 Katy Perry’s Hollywood Hills home is a stunning Mediterranean-esque mansion, complete with an outdoor cabana and two-story guest house. And according to Trulia, it’s now on the market for $9.45 million.

Situated at the end of a gated driveway, the 7,418-square-foot, four-bed, six-bath home is made up of four different structures. There’s a main house, a guest house, a fitness building (well, we didn’t exactly expect Perry to have a membership at Planet Fitness), and even a security guardhouse. Although, if you’re not an A-lister in dire need of 24/7 security, we’re guessing you can repurpose that last space for something more tailored to your personal needs.

Inspired by the work of Paul Williams—the American architect who designed homes for other celebrities, including Frank Sinatra and Lucille Ball—the gorgeous main house includes plenty of Mediterranean touches. For instance, the kitchen instantly transports you to Tuscany with its intricate tiling. Elsewhere, a grand marble fireplace adds more old-school charm.

And of course, the Roman bath in the master suite—which takes up the entire second floor—furthers this motif. There’s even a skylit ceiling.

Even the pool space encompasses Mediterranean glamor. The quarried stone surrounding it was brought in from Italy, and the outside is finished off with a grill, cabana with a spa bath, a fireplace, and a flowing fountain—making it the ultimate luxury retreat.