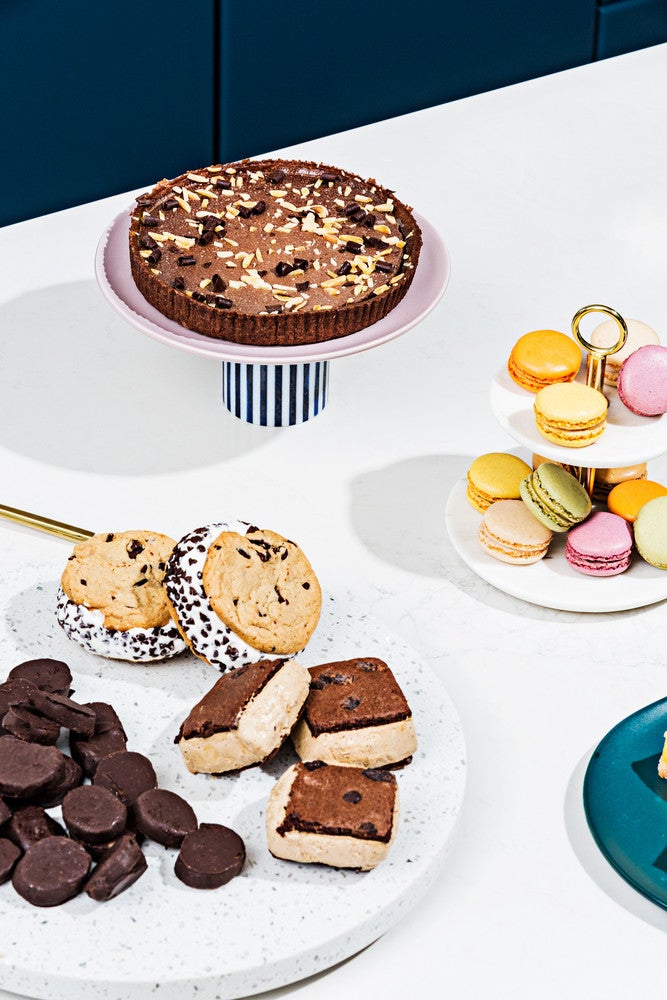 Summer hits and with it comes the sweltering heat, which most of us spend the better part of our days attempting to escape. And while air conditioning or a chilled drink are two relatively reliable options, we are looking for a more mouthwatering alternative—one that errs on the sweeter side.

There’s an extensive list of places to procure sweet treats, but we’re heading to a tried-and-true resource that will surely please: Trader Joe’s. Now, it’s likely that you have, at one point or another, made a grocery run to the beloved shop, and are familiar with its rich array of offerings. So, when the going gets tough and you find yourself hard-pressed to make that final decision on which treat to settle on, we’re here to help make that a little easier.

Recently, we took on the challenge of raiding the entirety of Trader Joe’s dessert aisle. We came home with 13 boxes of frozen cakes, cookies, ice cream, and more, and it all rang in at under $50. Just saying.

It was a difficult and trying task, but someone had to do it. Read on to get the complete lowdown on the best Trader Joe’s frozen desserts—and what team Domino thinks of each.

Try as we did to get a relatively diverse array of the best Trader Joe’s frozen desserts, it was interesting to note the lack of gluten-free or dairy-free options. Needless to say, we made do with what we had.

We chose a few staples—a handful of the popular options that have a cult-like following, the bon bons and chocolate-covered bananas, to name a few—along with a few of the lesser-known finds.

Given the eclectic taste preferences of team Domino, highlighting a clear and standout winner proved to be more difficult than expected.

When an iced coffee just won’t do, these mini ice cream sandwiches become the ultimate alternative. Layered between a pair of decadent brownies, the filling consists of coffee syrup, Colombian coffee extract, and espresso grounds.

“Love the pronounced flavor of the coffee.”

The best part about these mini bites might just be the chocolate cookie crust—or, the chocolate-covered glaze. It’s really a toss up.

“Surprisingly decadent, the brownie is incredible.”

Fully baked and pre-cut into 12 easily snackable squares, these classic lemon bars were a standout favorite. Delicious both frozen and at room-temperature, the majority of the team was heavily in favor of this one.

“Tastes like a lemon bar would taste, but better.”

Considering these are predominantly comprised of fruit, we can call them healthy. Right? Either way, these bite-sized banana slices each come covered in a thin layer of dark chocolate and are sure to satisfy your sweet tooth.

“It tastes authentic, the flavor of the banana is pleasantly pronounced, and the chocolate coating just perfect.”

These are dangerously easy to go all out on, and you can thank their small size for that. Simply a miniature version of the classic vanilla-chocolate ice cream cone, these teeny bites were made to be shared.

“The size is very pleasing, and you get all the flavor from the one bite.”

Each box comes with a variety of six flavors: apricot, coconut, fig, salted caramel, lemon, and pistachio, which are made sans any artificial coloring. Macarons are notoriously difficult to make so trust us when we say that these come undeniable close to the real thing. Our taste-testers noted that this variety tasted better than most options and they were impressed with the overall quality.

“The filling is surprisingly creamy for a frozen dessert.”

Made from coconut milk, this one comes with a refreshing strawberry-flavored filling covered in a sweet sticky bun. Our taste-testers loved the fact that it’s not too sweet and yet, it still managed to satisfy.

Think cookies and cream but, with a subtle hint of mint and you have this clever rendition of a classic ice cream sandwich. Even better? The small size means you can easily go for seconds.

“It’s great but not too minty and slightly resembles a frozen Peppermint Pattie.”

Granted the fact that this one is frozen and thus the gooey, molten lava center not a prominent feature of the cake, it still upholds the quintessence of the dessert. One taste-tester described it as “really fudge-y,” referring to the overall texture and consistency, while another was displeased at the lack of a softer center.

It doesn’t get more classic than an ice cream sandwich and this variety will surely please. Chocolate chip cookies sandwich an extremely generous scoop of a chocolate chip-coated vanilla ice cream, resulting in one utterly heavenly finish. Overall, this one was significantly more decadent than the rest (you can thank the double cookies for that) and it was noted that the vanilla flavor was a little too heavy.

Featuring a chewy caramel crust, these bite-sized treats come filled with a thick custard, inspired by a traditional dessert native to Bordeaux. The reviews were mixed with this one—while some were heavily in favor of these custard treats, others were not too keen on the filling, likening it to the taste of an eraser.

Made with coconut milk, this non-dairy treat proved to be a relatively solid alternative to a standard chocolate ice cream. That said, the lack of sweetness made it difficult for some to consider passing up on the real thing.

With its buttery chocolate crust and indulgent filling of creamy almond butter and a sweet ganache, this one definitely falls under the decadent category.

“Looks and tastes like something my grandmother would make.” 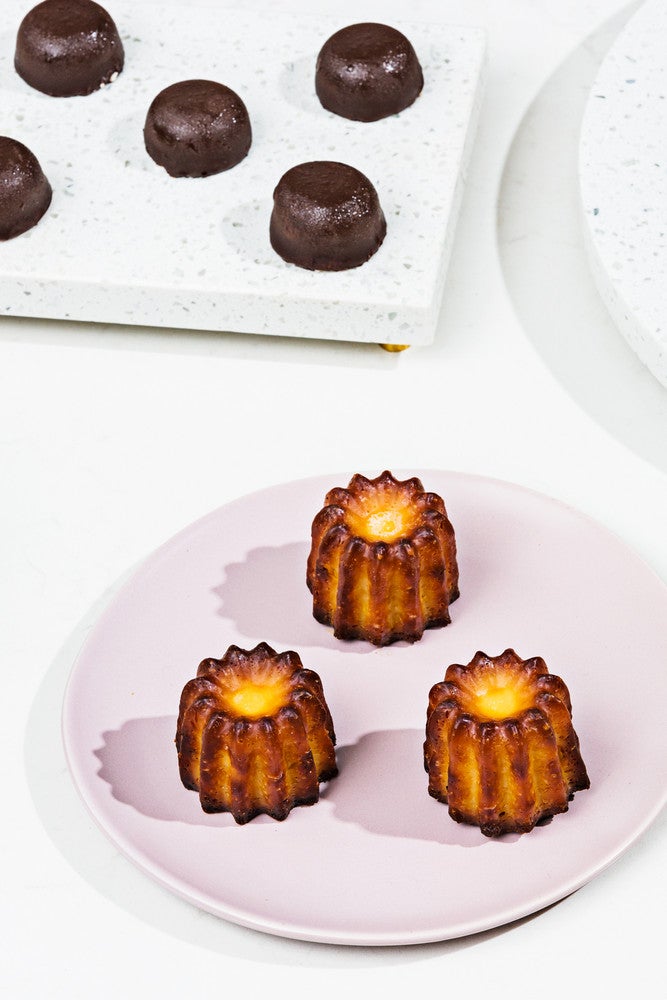