Trader Joe’s Has a Podcast—Here’s What We Learned

8 things you didn’t know about the beloved supermarket. 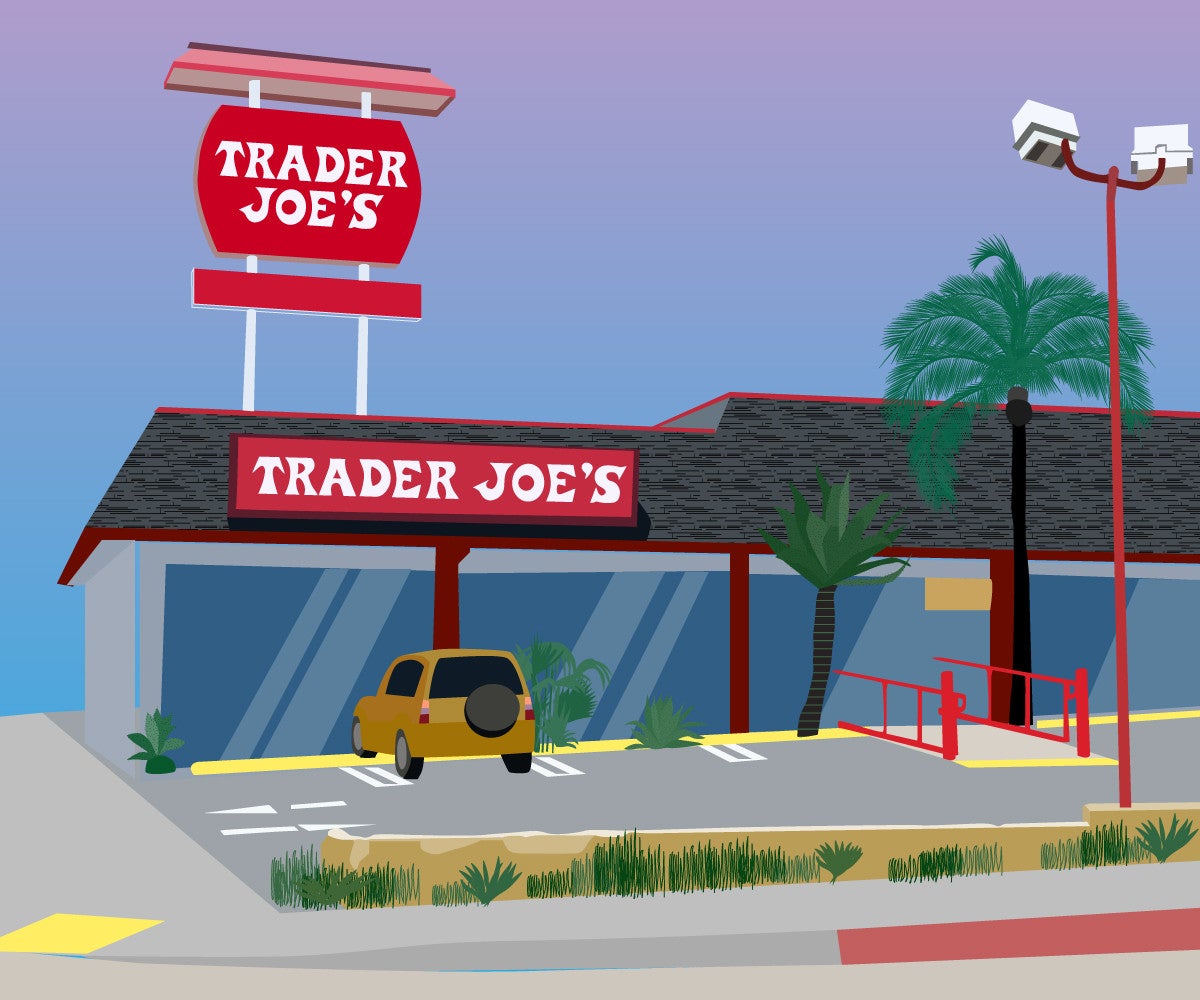 Trader Joe’s, how do we love thee? Let us count the ways. Crazy cheap snacks—we’re talking under $5—that don’t taste remotely like cardboard. An affordable, extensive wine selection that means indulging a summer rosé habit doesn’t lead to debt or (that much) guilt. A variety of last-minute entertaining essentials that make even the most inexperienced of dinner party hosts come off as Martha Stewart. And, of course, an “everything but the bagel” seasoning that may be the best contribution to the culinary world since the introduction of Ina Garten.

Turns out, we’re not the only ones who feel this strongly. Apparently demand for all things Trader Joe’s was so high that the good people of the supermarket chain went and made a podcast, which was released May 1. That’s right: five episodes, two hosts, and pretty much all Trader Joe-related mysteries solved.

Want some insight on the beloved store? Here’s everything we learned from binge-listening to every podcast episode… and it may just help you gain some valuable intel on your next shopping trip.

1. Most things are actually pretty healthy.

Or at least, as healthy as cookie butter cheesecake bites can be. But if you’re going by ingredients, Trader Joe’s prides itself on keeping that list short and full of real items. They don’t use synthetic preservatives in any product, and stay away from genetically engineered or modified organism ingredients.

2. They really do try everything.

Including the dog food (though the honor of testing those goes to actual dogs, not humans). There’s a formal Tasting Panel that determines what does and doesn’t go on shelves—and while there are some misses (such as a cream of venison soup and something parading as a peanut butter replacement called “cottonseed butter”), they generally are really in tune with what the Trader Joe’s customer will like.

Oh, and store employees also taste everything, so if you’re ever stuck on buying something and aren’t sure what to expect, just ask!

3. The decision to individually sell bananas for 19 cents was an intentional one.

It comes from Dan Bane, chairman and CEO of Trader Joe’s. Apparently, they used to be sold by the pound like most supermarkets, pre-packaged in groups of four. “I was in [the Sun City location] which was near a retirement complex. A customer comes up and looks at all the packages but didn’t put one in her cart,” Bane explained on the podcast. “I said, ‘Ma’am, if you don’t mind me asking, I saw you looking at the bananas but you didn’t put anything in your cart.’ And she says to me, ‘Sonny, I may not live to that fourth banana.'”

Which, in addition to being an endearing story, is further proof that the Trader Joe’s Powers That Be actually pay attention to customers’ requests.

4. There is a real live Trader Joe.

His name is Joe Coulombe, and he started this whole operation back in 1967 in Pasadena, California. Despite what the current lines at your neighborhood Trader Joe’s might tell you, it wasn’t always a smash hit. According to Robin Guentart, who worked for Joe back then, “It was scarily quiet. It was so bad that Dave Hetzel [former director of construction] and I took turns dressed in a gorilla suit flagging people in.”

The turning point? A private label granola, which launched in 1972.

More than 80 percent of the items are private label, developed in-house or by chefs from around the world specifically for the company. A lot of it is influenced by travels. This is how the store manages to keep costs so incredibly low, too.

The Neighborhood Shares program gives back products that might not have sold, but are still perfectly good, to members of each store’s community. Last year, the company donated $350 million worth of product; that’s 70 million pounds of food or about 58 million meals total.

7. There’s a reason everything is nautical-themed.

And it’s not because Joe was a pirate or had a particular passion for Hawaiian shirts. It’s as simple as the fact that, while he was launching the store, he was reading a book called White Shadows in the South Seas and had recently gone on the Disneyland jungle cruise ride. Grocery store empire-builders, they’re just like us!

8. One product in particular has stood the test of time.

The undisputed favorite? The mandarin orange chicken. It was created by a chef in Southern California and was met with unanimous approval by the Tasting Panel back in 2002. It’s been the overall favorite in every Customer Choice Awards survey that the company has put out nine years running.

Want to shop smart? According to employees featured on the podcast, these are the products worth adding to your carts ASAP: