Update: Ina Garten Is Going on Tour for Her New Cookbook 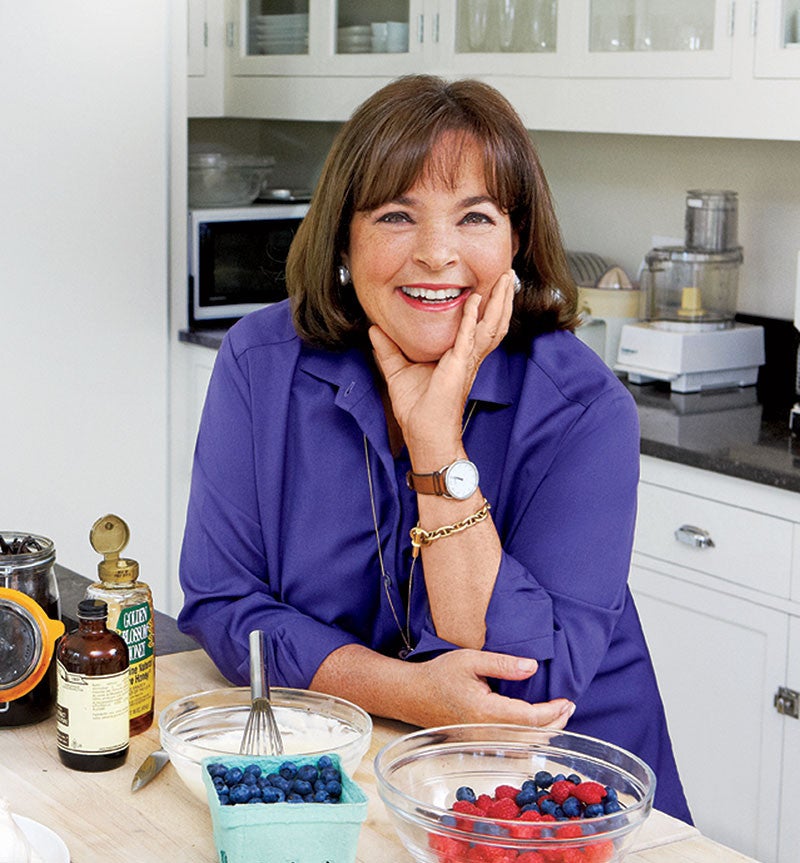 is Garten’s 11th book and will officially release on October 23, 2018—but loyal fans can pre-order the hardcover now, so that they don’t go a second more than necessary without truffle scrambled eggs.

Garten had been hinting at a potential release on her Instagram for a while leading up to her formal announcement, which features the beloved chef gleefully clutching a copy of her book. “It’s full of delicious and accessible recipes, tips, and techniques for home cooks so you can cook with confidence,” she writes in the Instagram post. “I hope you love it!”

And there’s even more good news: Garten is officially going on tour. The nine-city book promo event, announced in another Instagram post, has her stopping in Chicago, Washington D.C., Atlanta, Dallas, Boston, Seattle, Minneapolis, Denver, and Costa Mesa this fall. On May 11, head to her site to buy tickets to see the culinary icon in person, or take advantage of the pre-sale special and get ahead of the curve. The latter is happening between May 9 at 10 am EST and May 10 at 10 pm EST—just use the password “INA.”

The release of Cook Like a Pro follows the recent premiere of Garten’s eponymous Food Network show’s second season. The televised Cook Like a Pro is all about easy elegance—the tips and tricks needed to feign professional culinary experience at home—and just won a James Beard Media Award. The same helpful info, packaged with plenty of mouthwatering recipes and Garten’s signature charm, can be expected from the upcoming book.

“I think what makes this book unique is it’s so packed with really good information that will help people understand what they’re doing wrong, so they can do it better,” Garten told People in a recent interview.

In addition to the aforementioned truffle scrambled eggs—which are absolutely going to become a staple at all our future at-home brunches—we can expect fun recipes like crispy fried chicken sandwiches and a show-stopping chocolate chevron cake. (You know… light, vegan health foods.)

All the recipes were rigorously tested by Garten herself in order to meet her previous standards. And if you’re wondering how this particular book will be different from her past releases—after all, she’s been doing this for about 20 years—be assured that while the standards for taste and ease are the same, the recipes themselves are anything but stale.

“I have a running list of dishes and flavors that I like. For example, I love braised short ribs, and this time, I’m braising them in a whole bottle of red wine so they’ve got a deep, deep flavor,” the First Lady of Food Network told People. “And then, I paired them with grits, which I decided needed something interesting, so I put blue cheese in them. And it turns out blue cheese and red wine is a really great combination.”

Food aside, there’s a wealth of hosting tips included in Cook Like a Pro as well—so, if you’ve been dying to get an invite to one of Garten’s fabulous dinner parties in the Hamptons, this is pretty much as close as it gets.

Can’t wait to get your hands on one (or gift a copy to the aspiring Ina Garten in your life)? Pre-order the book now for $35, and mark your calendars for October.

This story was originally published May 1, 2018. It has been update with new information.

All the Cookbooks You’re Going to Want to Buy This Spring Joanna Gaines’s Cookbook Is Officially Here Your Favorite Blogger Just Released a Cookbook, and it’s Epic