Garlic in cube form, anyone? 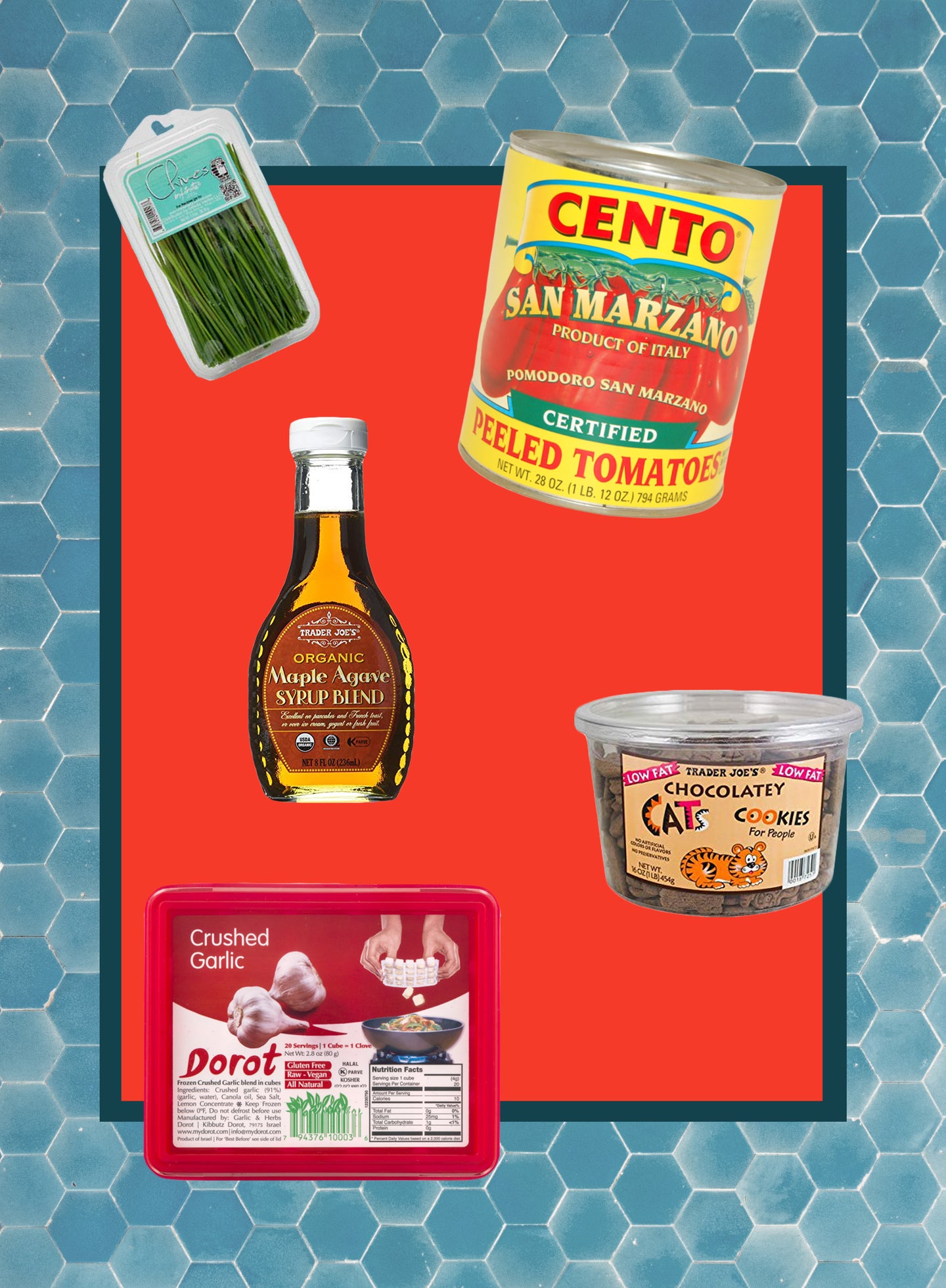 Cookie dough truffles, cheesy loaded nachos, Cajun jambalaya—you wouldn’t expect any of these things to be vegan. But in chef Chloe Coscarelli’s hands, they are, and they’re just as delicious as the traditional versions. She nixed animal products way before everyone was doing it (that would be 2014), and she’s been making a strong counterargument to the idea that plant-based cooking equals sad salads ever since. Coscarelli has four cookbooks under her belt, runs a Miami café and bakery, and just wrapped a summer-long pop-up restaurant in New York City, all of which are proudly vegan. Her Trader Joe’s picks are only further proof that meat- and dairy-free food doesn’t have to lack flavor.

From the genius condiment hack that will cut your prep time in half to her favorite sweet treat, here are the vegan TJ’s essentials Coscarelli always has on hand.

“There are two reasons I love this product with my whole vegan heart,” says Coscarelli of the maple-agave syrup. “First, there are so many times I need a natural sweetener, like for my morning oat-matcha latte. Second, at only $2.99 for an 8-ounce bottle, this product is even more affordable than choosing pure maple or pure agave.”

Pick up a can of San Marzano tomatoes to have at the ready for that midweek cooking slump. “They’re the absolute best for making my favorite sauce: vegan vodka,” says Coscarelli. Pop them in a blender with olive oil, garlic, red chili flakes, a touch of cashew cream, and a splash (or two) of vodka, blitz the whole thing, and heat slightly before pouring over penne.

The Quick Soups and Stir-Frys

Coscarelli swears by crushed garlic cubes for a number of meals, including soups, sauces, stir-frys, and even dressings. “Since discovering these beautiful little babies, I’ve significantly reduced my need to ever handle, peel, crush, or mince garlic again,” she shares. Bonus: No garlic-smelling hands from chopping.

“My favorite meal to whip up on a busy weekday is soba noodles,” says the chef. “I eat them hot, cold, or room temperature for breakfast, lunch, or dinner, and usually toss them with a light vinaigrette using ingredients I have in my pantry.” Chief among them is chives, finely chopped. She loves Trader Joe’s chives because they come pretrimmed—another shortcut to pare down cooking time.

The Snack That Will Tide You Over Until Dinner

No recipe needed for the crunchy chocolate cookies. Coscarelli munches on them straight from the tub while she’s stationed at the stove. “They’re shaped like cats, which makes me love them even more! I recently adopted a cat named Waffles from a shelter, so I’m obsessed with anything that reminds me of him,” she says. How sweet—literally.