A look inside her pantry. 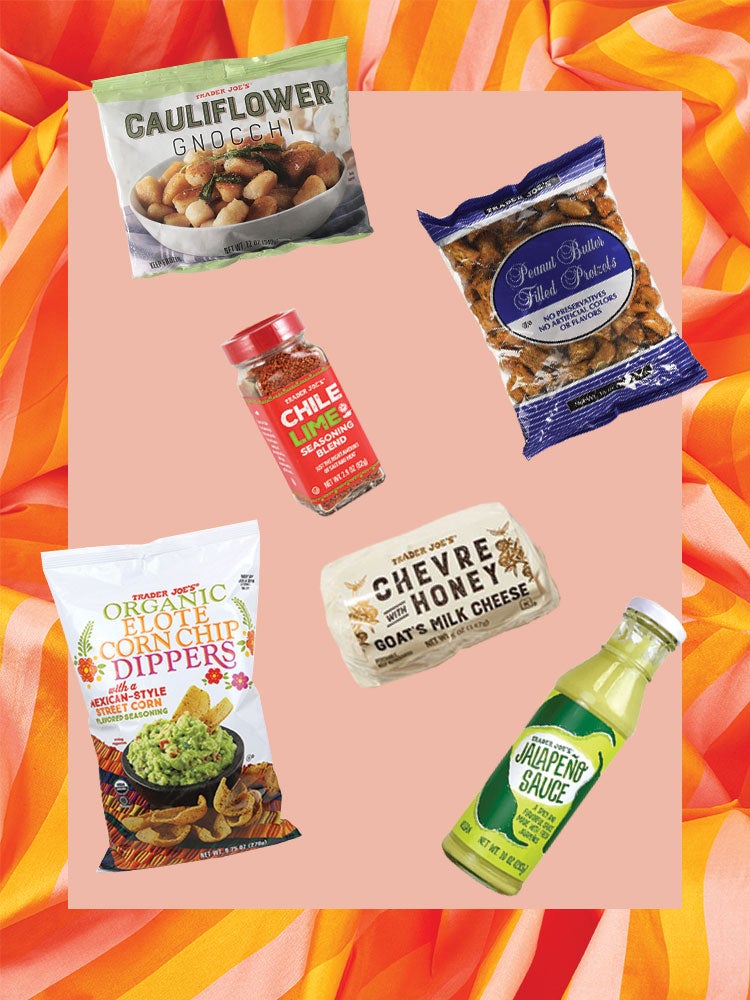 Decadent bowls of pasta, roasted vegetables in every color of the rainbow, crumbles and cobblers bursting with fruit: The cooking ethos of Half Baked Harvest’s Tieghan Gerard is built on comfort food starring seasonal ingredients. It’s this philosophy—along with her magnetic photos and surprisingly easy recipes—that have turned her blog into a household name in the food world and helped her get two cookbooks under her belt. But what about those days where Gerard needs something quick? That’s where Trader Joe’s comes in.

We peeked at the food blogger’s TJ’s shopping list and, no surprise, it’s full of ideas for simple, fresh meals that don’t scrimp on the decadence.

Gerard always keeps a log of honey goat cheese on hand for an easy appetizer. “Just serve with seasonal fruit, like peaches, or dried cranberries and a drizzle of Trader Joe’s Organic Raw Honey, then serve with crackers or grilled bread,” she recommends. “I also love spreading it on the Fig and Olive Crisps. Delicious.”

While Cauliflower Gnocchi may already be a permanent guest in your freezer, Gerard was late to hop on the bandwagon. But now that she has, she’s as enthusiastic as anyone. “My current go-to is burst cherry tomatoes with garlic and herbs, pan-seared gnocchi, and burrata cheese,” she shares. “Everyone thinks it’s a fancy dinner, but it literally takes minutes to make. In the fall, I swap the tomatoes for buttery mushrooms and tangy goat cheese.”

“Having snacks in the pantry is a must for me—I have a huge family that’s always over, and they love their snacks,” says Gerard. The Organic Elote Corn Chip Dippers are a crowd-pleaser. She serves them with street corn salad and mashed avocado—or even turns them into cheesy oven-baked nachos.

Quesadillas With a Kick

Drizzled over chicken or fish, used as a dip, or substituted for tomato sauce on pizza—the Jalapeño Sauce is Gerard’s all-time favorite. “I put it on literally everything, but my go-to lunch right now is mixing it with rice, then stuffing it between tortillas with roasted red peppers and cheese to make the quickest quesadilla,” she says.

If you’re going to go all out after dinner, it may as well involve Peanut Butter Filled Pretzels. Here’s Gerard’s recipe for a super-quick sweet treat: Arrange the pretzels in a single layer in a 9-by-13-inch baking dish, then cover with two to three cups of melted semisweet chocolate chips. Sprinkle with flaky sea salt, chill until firm, then cut into bars. “Perfection,” she says. We have to agree.