Calling It: This Brand-New Trader Joe’s Product Is About to Become a Cult Fave

We have a few ideas why. 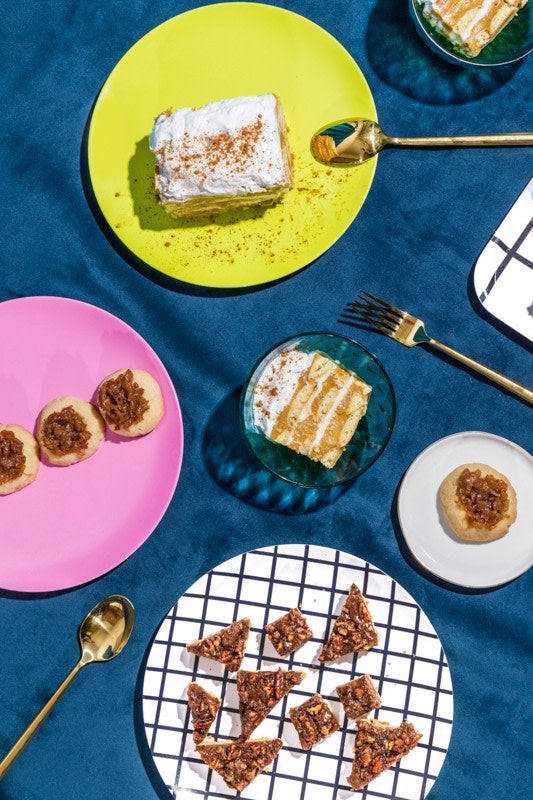 Cauliflower Gnocchi. Everything But the Bagel seasoning. Speculoos Cookie Butter. Sometimes, a new product springs full-formed from the genius minds behind Trader Joe’s and it becomes hard for us to imagine life before it existed. The fan-favorite grocery store frequently releases new products season after season, but things have to really be special to enter into the pantheon of cult classics, and now, a dessert that just debuted last month seems like it’s well on its way. Mochi Cake Mix is making serious moves.

The gluten-free Hawaiian dessert (known as butter mochi) is easy to make. All you have to do is add water, butter, and eggs. Pop it in the oven, and when it’s done, you’ll be left with a dense, chewy loaf that’s easy to cut into sticky, sweet squares.

If you’re a fan of TJ’s mochi ice cream, this dessert will likely be up your alley. Mochi is made using glutinous rice flour, which, yes, is a key ingredient in this cake.

Now, like all the best TJ’s classics, the Mochi Cake is more versatile than it might seem at first glance. After all, it’s been the topic of many conversations in the Trader Joe’s Subreddit, which might just be the top signifier that this new launch is easily on its way to becoming a major fan favorite. So how else should you prep this cake mix?

Make it a coconutty treat

As Trader Joe’s recommends, swapping coconut milk for water will result in a richer, decidedly more tropical treat. Some commenters on Reddit also recommended adding TJ’s coconut flakes on top for a bit of texture or even using this mix to create a pineapple upside-down cake. You’ve got options!

Get creative with your cooking methods

While some commenters swear that this cake is best when it’s made in a brownie pan (thinner cake = gooier texture), others note that it makes for irresistible cupcakes. Or maybe you might be adventurous enough to try using it for waffles or pancakes?

Pair it with ice cream

The testimony provided by this Redditor makes a convincing argument for pairing this cake with ice cream—Trader Joe’s cookie butter ice cream in particular. Consider your next night in sorted.

See more Trader Joe’s suggestions: Psst: Trader Joe’s Is Releasing a Bunch of New Products This Month 16 Trader Joe’s Secrets That Will Change the Way You Shop From Frozen Dumplings to Avocados: What a Chef Buys at Trader Joe’s