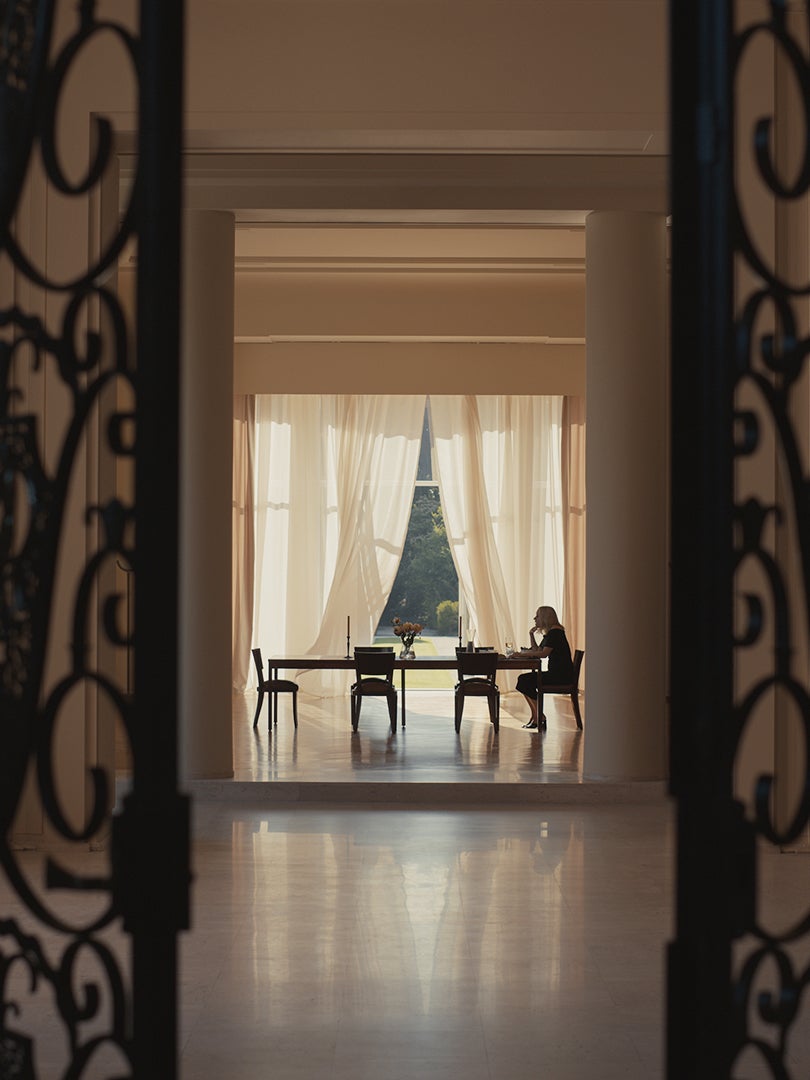 Between its strawberry pink facade, interior wrought-iron gates, and glass canopy, you’d think Casa de Serralves in Porto, Portugal, came straight out of a Wes Anderson movie. But the dreamy Art Deco villa—originally the private summer home of the Count of Vizela, Carlos Alberto Cabral, in the 1930s and ‘40s—made a different kind of cinematic appearance recently. It’s the backdrop of a short film campaign promoting Zara Home’s Fall 2021 collection.

The location was a natural fit for showing off the just-launched line’s utilitarian finds—think: gray clay jugs, streamlined linen and ash-wood armchairs, and mushroom-shaped metal lamps. The space’s ethereal lighting and cool limestone floors and walls play perfectly with the nonfussy pieces.

Of course, every space (even the ones used to show us cool new home products) needs a story behind it. That’s where the short’s star, actor Chloë Sevigny, comes in. Titled “The Last Line,” the video, written and directed by Fabien Baron, follows Sevigny through various rooms as she rehearses for a role while also getting some chores done.

It just so happens that Casa Serralves recently reopened after being closed for renovations (the property has been a public institution since 1987—the Serralves Foundation office is located on-site, as well as exhibitions from the Museum of Contemporary Modern Art). So yes, you can visit the iconic home in real life. Plus, before you book your trip, you can start collecting the pieces featured in Sevigny’s fictional space as they begin to roll out this season.