Kimye’s $17.8 Million Mansion Is Officially Off the Market

The power couple made a huge profit off their impressive and extensive renovation. 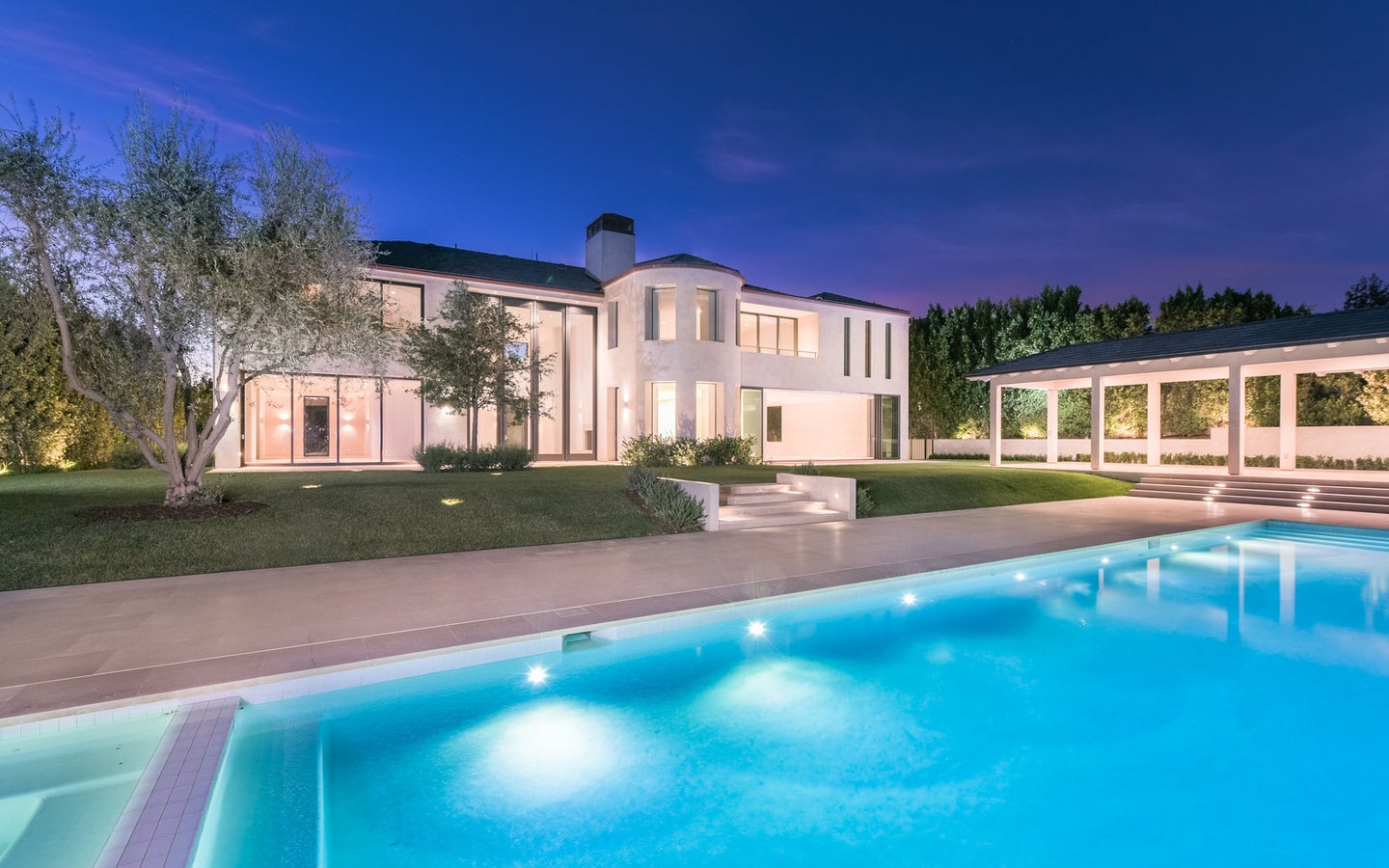 Get ready KUWTK fans: there’s a lot of change coming for the Kardashian West clan. Along with awaiting the arrival of their third child via surrogate, the fierce power duo Kim Kardashian and Kanye West are also about to relocate. Their renovated Bel Air mansion just sold for $17.8 million.

And because the Kardashian Wests do nothing on a small scale, the home sold for more than one-and-a-half times the price they originally paid for it—making it the most expensive home ever sold in Bel Air Crest, according to the MLS.

Purchased by the two in 2013 for $9 million, the Wests almost immediately gutted the 9,000 square-foot Mediterranean-style mansion to turn it into their ultimate modern dream home. Four years and two kids later, and the mansion has an entirely new vibe—one only fit for a Kardashian.

Now clocking in at 14,000 square-feet, the new home is almost unrecognizable from its original. No small project, the couple installed a new roof, pool, and reconfigured floor plan featuring celeb-worthy rooms, like a full-sized hair and makeup salon with its own entrance, and a recording studio. There’s even a closet that’s said to rival the size of a single family home. But honestly, would we expect anything less from these two?

The stark white and stainless steel kitchen is just the start of the minimal aesthetic that flows throughout the Cali mansion. A huge custom marble island runs through the middle, opposite from minimalist countertops and

In the living room, the Wests installed record-breaking floor-to-ceiling glass windows—some the largest ever created in the state of California—that give the museum-like space an indoor-outdoor feel, and stunning city views.

After tearing up almost all the interior walls of the home, it now features six bedrooms and eight bathrooms—all in muted tones of grey and taupe.

Though the “Flashing Lights” singer and his reality star-turned-makeup-mogul wife are used to being flashy in the public eye, their home reflects a much more minimal side. The walls and floors almost blend together for a totally monochromatic space. While living here, the family chose to have just a few items of furniture in the grand, high ceiling living spaces.

White walls and natural marble finishes make the already large bathroom feel even more spacious, as do the multiple floor-to-ceiling single-paned windows. Brass finishes give the space a spa-like luxuriousness.

The new owner, Marina Acton, an entrepreneur and philanthropist based out of Silicon Valley, will enjoy the 24-hour gate service, and some a-list neighbors, like Jennifer Aniston and Chris Paul. The home was sold by Million Dollar Listing stars Josh and Matt Altman in an unlisted deal.

As for the quickly growing Kardashian Wests? The family is said to be renovating another $20 million property in Hidden Hills, California—hopefully it will be ready in time for the arrival of their newest family member.