The Wing’s SF Location Might Be Their Prettiest Yet

Our favorite ladies take on the West Coast with a new location in NorCal. 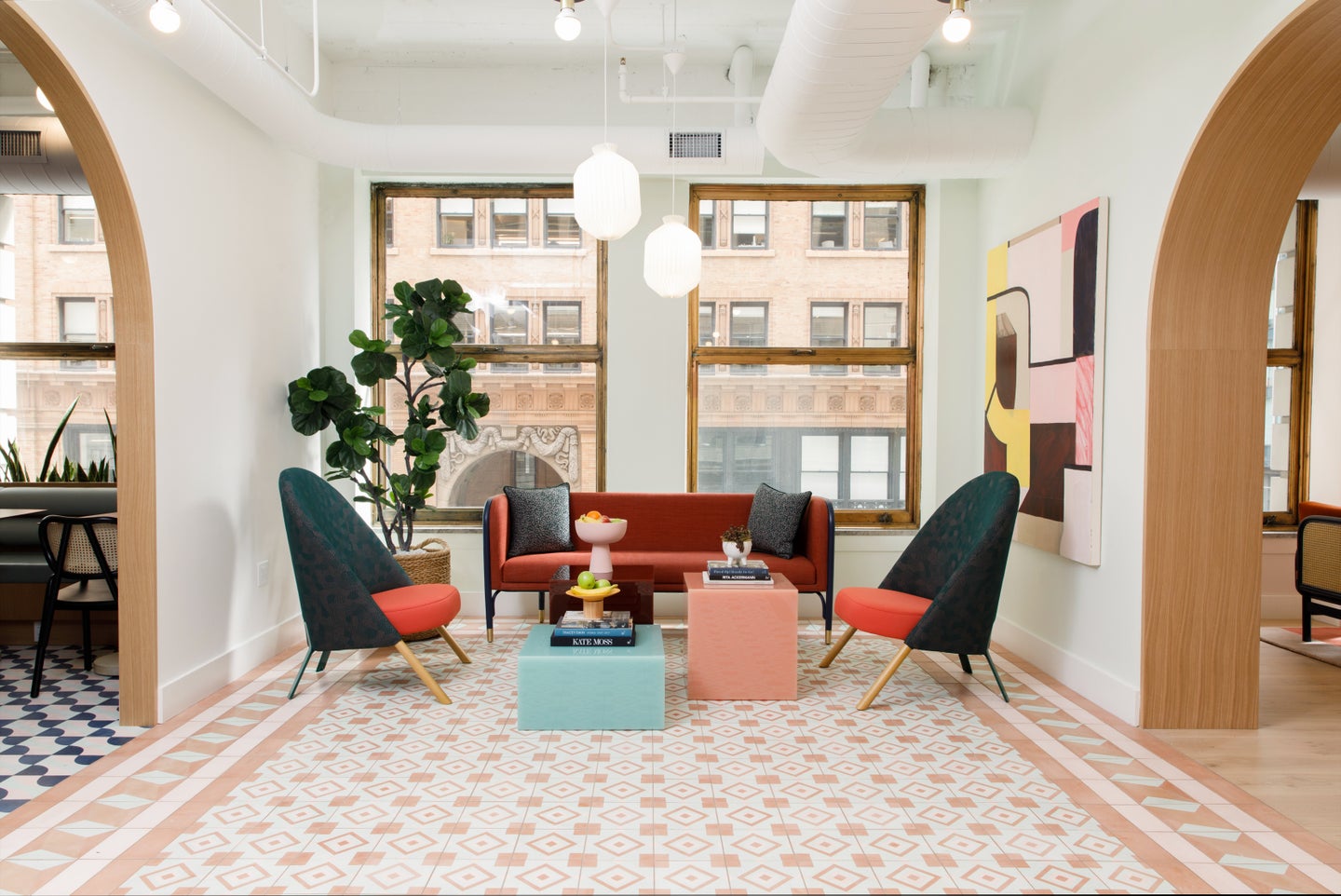 We’ve been fangirls of The Wing since its inception, proudly running their first Flatiron space on our 2016 Winter Cover (boasting 14 covergirls—the most in Domino’s history). Now with three spaces in New York and one in Washington, D.C., the female-focused coworking space founded by Audrey Gelman and Lauren Kassan has established California digs and a bicoastal presence, as it gets ready to turn two this month.

We like to think of The Wing’s different locations as a badass family of sisters, threads to the same DNA, but each with its own unique personality. Evolving from its first space in Manhattan, the perspective is once again championed by interior designer Chiara de Rege. Like its sister spaces, The Wing San Francisco is a design dream with a playful and moody California-inspired palette.

“There was something about Northern California and the light in that space, I didn’t see pastels there. And Audrey [Gelman] and Lauren [Kassan] were totally on board with it. And really responded well to warmer colors,” de Rege said. The space is brought together with a color scheme baked in deep blues, rich reds, and oranges with pops of yellow throughout.

De Rege relies on patterns and texture to define the various zones along with statement lighting throughout.

“When you look through the past locations, they’ve been these lofty long space and we’ve used decorative lighting to highlight lounge v. work areas—in SF there’s a lot of width, so you aren’t walking through a long loft. You are being pulled through SF in a little bit different of a way.”

With the café tucked away to one side, the main work space is essentially one large space.

“Moments are defined by patterns textures and these lighting moments that are grounding. Like the blue sputnik, I fell in love with this light at a local antique store.”

A thoughtful and cohesive eclectic aesthetic runs through The Wing’s various spaces with diversity in furniture brands and designers. The mix in this location feels no different, featuring a sofa designed with Raf Simons fabric, rugs by Brooklyn-based Cold Picnic, and resin tables by Sabine Marcelis.

The decor is heavily complemented by the selection of art, a vision brought to life by Lolita Cros, The Wing’s resident curator.

Cros thoughtfully approaches each location, speaking to the local flavor and culture of art while also pulling in some of the great feminist artists. “I’ve learned so much about the city through artists’ eyes—it’s an inspiring way to discover a place—it’s very real,” she says. “I started in August with a number of studio visits so I could get a sense of the art scene here,” she continues. “It’s a very photo heavy city.”

A number of elements that are classic features to all properties found their way to the new San Francisco space. There’s the feminist library curated in partnership with The Strand, rooms named after leading ladies—including the Christine Blasey Ford conference room—a café, and a banging beauty room with custom yellow vanity chairs (that we are majorly lusting over).

Located at 115 Sansome Street in the former headquarters of the Standard Oil Company, The Wing San Francisco is now open!

The Wing’s New Rooftop Is Giving Us Serious Beach Vibes

These Coworking Spaces Are Killing the Office Decor Game

The Buzz About The Hivery: A Women-Only Coworking Space