The Wing’s New HQ Is Giving Us Serious Office Envy

It’s in one of New York’s most historic buildings. 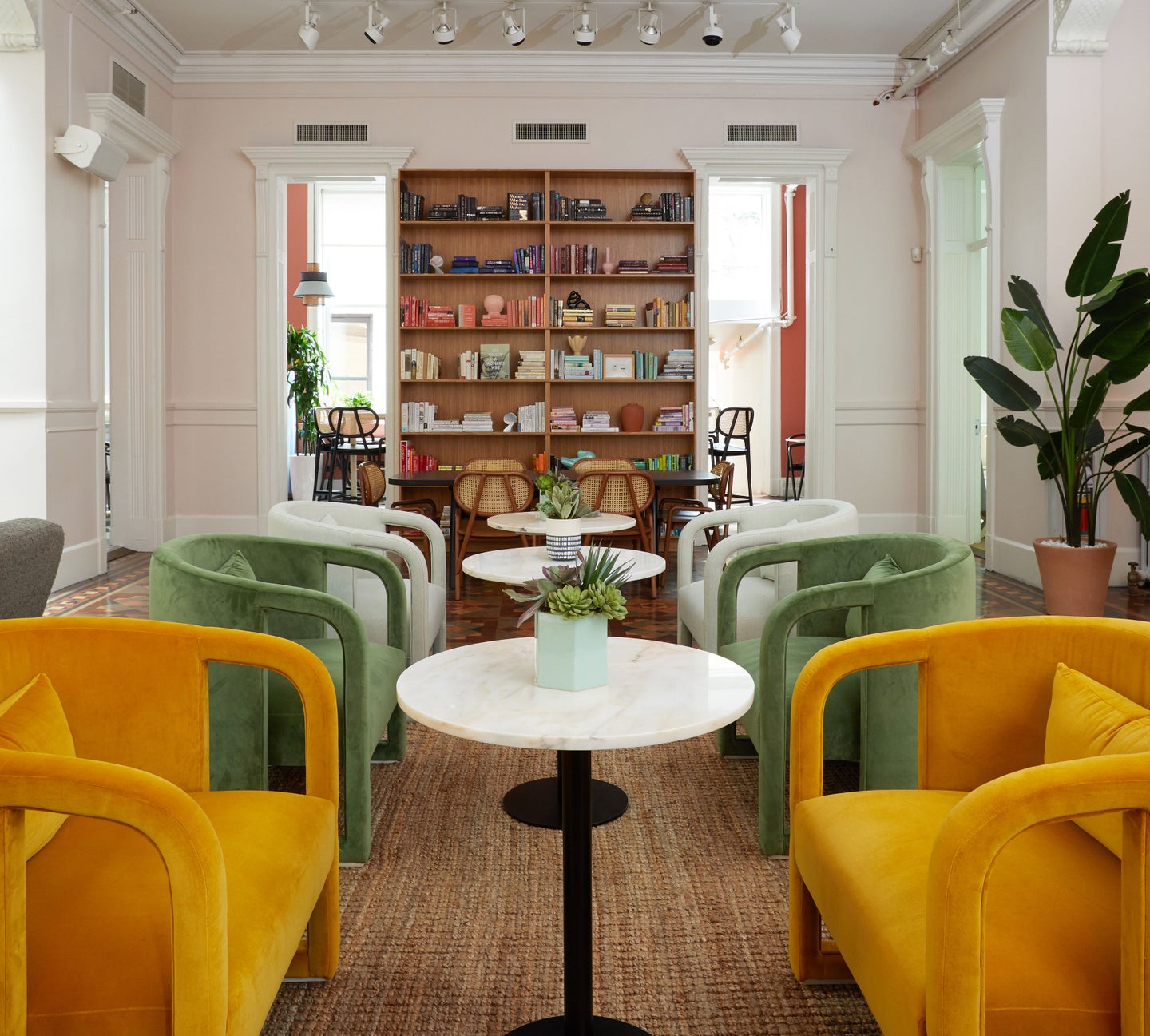 The Wing has a new nest. The women-led network of coworking spaces officially opened its new headquarters in Manhattan’s East Village today, transforming a historic building into a four-story workspace for 150 full-time employees. If you’re feeling office envy right about now, welcome to the club.

Pops of punchy coral and mint green brighten the time-honored space, which still boasts much of its original architecture. (You can’t miss the intricate tile floors and wrought-iron staircase.)  The history behind the property was something The Wing wanted to honor. Originally built in 1854, it first acted as a health-care facility for underserved German immigrants. In 1880, a new wing was exclusively dedicated to women and children, thanks to philanthropist and journalist Anna Ottendorfer, who donated $68,000 to the cause. Fittingly, this building has helped women support women for a long time.

Designed by The Wing’s in-house interior design team, the renovated office features plenty of the company’s classic velvet chairs, plus playful rattan pendant lights, a bold cobalt reception desk, and the occasional fringed lamp. “The design elements are pretty similar to what you would find in our other Wing locations,” a spokesperson for The Wing says. “That means custom ergonomic furniture that is designed with women in mind, communal spaces, quiet rooms, a pump room, and signature wallpaper.”

Occupying all four floors of the building, The Wing’s new HQ is just one of a few single-occupancy offices in New York, and it’s making plenty of use of the space. There are 10 different conference rooms (some named after fictional female characters and others after historic women’s colleges, including Spelman and Radcliffe), not to mention an abundance of cozy nooks where employees can work in peace. Seriously—can’t every office be outfitted with a rainbow of ergonomic armchairs?

It’s a good thing The Wing’s full-time staff has settled into their new home base, because the company shows no signs of slowing down. By the end of the year, it will have opened two more coworking spaces in New York and is poised to launch its first international location in London. There’s no better launchpad than this one.