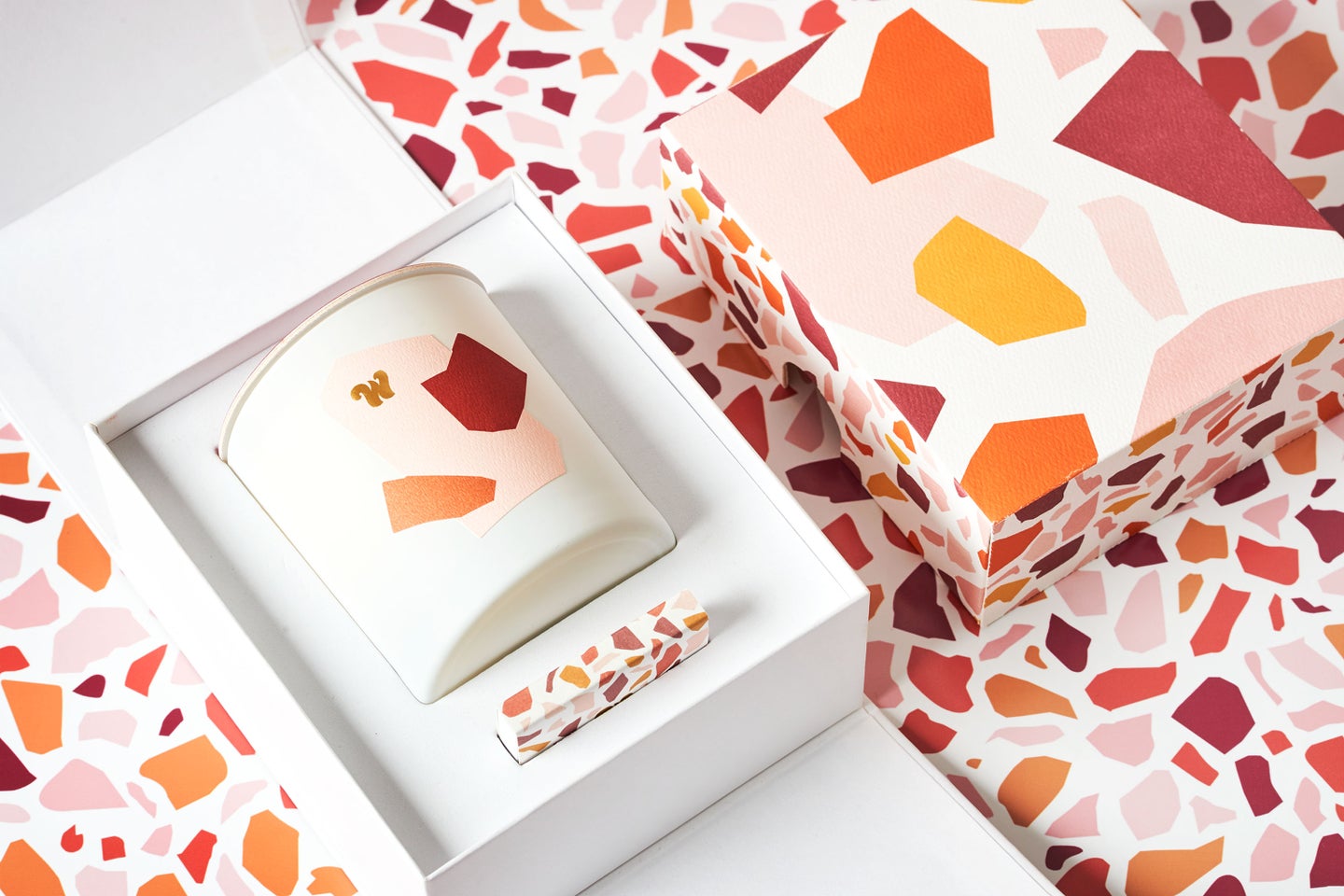 Stop what you’re doing: Domino favorite The Wing is back with a new collection that’s worth the wait—think on-trend terrazzo, inspiring collaborations, and a custom scent that has us clearing out our bank account. Entrepreneur and founder of the women’s coworking space (and Domino cover girl) Audrey Gelman notes of the newest, sure-to-sell-out drop, “This collection is special to us because of the female creatives who helped bring it to life.”

Since opening in October of 2016, the female-run workspace founded by Gelman and business partner Lauren Kassan has grown exponentially, now with three spaces in New York—each somehow more gorgeous than the last—plus an outpost in DC, another opening in San Francisco this October, and six more in the works.

It seems like on top of making dreamy inspirational spaces that have us redecorating our Brooklyn apartments, they also have a knack for product design, starting with their iconic “Girls Doing Whatever the Fuck They Want in 2017” key tags (now 2018—work doesn’t stop ladies!) and “Boy’s Beware” t-shirts in their first blown out collection last year.  The collection holds similar quips, but with impactful collabs.

“Members of The Wing are collaborating on creative projects all the time, so to collaborate with other independent, female-founded brands is just part of our DNA,” says Gelman. The Wing is an epicenter for female-run businesses, freelancers, artists, and politicians, so consider the new collection an opportunity to bring a little piece of The Wing’s girl power home.

The orange- and red- terrazzo theme—you can find the punchy pattern on a candle, Swell water bottle, and iPhone case—draws on the palette of the art- and neon-filled spaces The Wing has created. Other items include new tees, plush robes and towels, a tote bag, chic matches, and a special edition candle from Otherland, a company founded by one of The Wing’s members.

“We hope the candle allows people to take the spirit of The Wing home with them and wherever they travel,” says Gelman. “It was especially fun to get to work with Abigail Stone who launched her business from The Wing.” With an aroma of frothed milk, steamed rice accord, iris, and sandalwood, the scent will exudes warmth, while also bringing the badass lady vibes home.

The Wing continues to dominate the coworking scene: They raised $32 million in Series B funding last year, and, in addition to San Francisco, plan to open in Los Angeles, Seattle, London, and Toronto, and add another space in Brooklyn. It’s The Wing’s world, and we’re just living in it.

The summer 2018 collection is now available at all of The Wing’s locations and on their online store.

Read more about The Wing: The New NYC Space Everyone Is Talking About The Wing’s New Soho Loft Defines Workplace Goals Shelf Improvement: 10 Must-Reads From The Wing