The all-female social club has expanded with a stylish new spot. 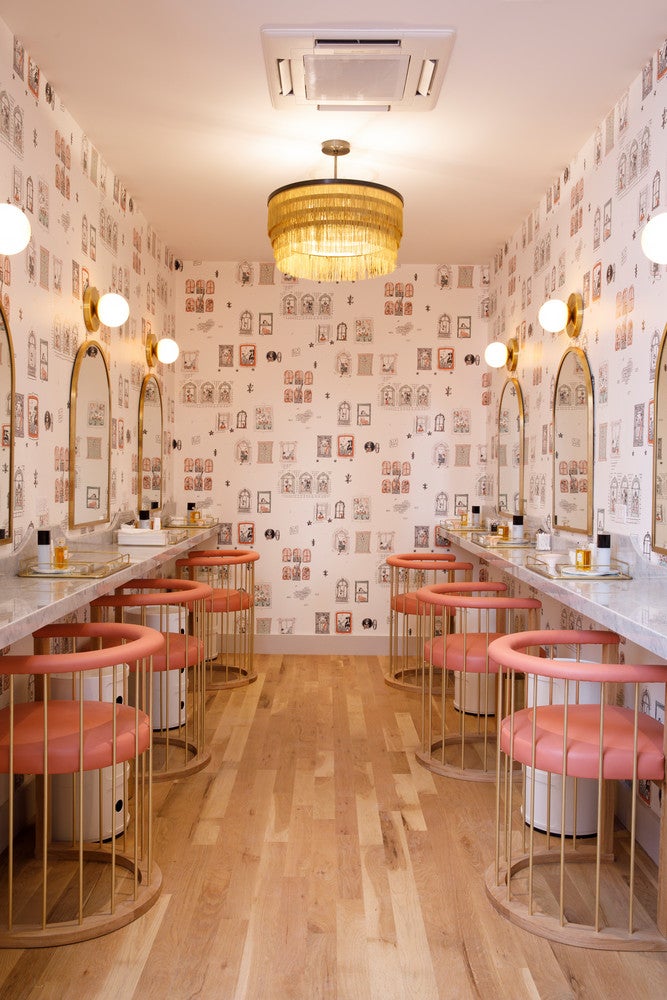 Photography by The wing soho

“Our goal was to create a Soho dream loft,” says Audrey Gelman, co-founder of The Wing, New York’s favorite all-female social club, which just opened its second location. “It was important that our spaces feel indigenous to the neighborhood, this building was built in 1890 and originally served as a factory floor.”

Gelman and her girl gang opened the first outpost of the Wing last October, and since then, the club has gained a cult-following, with a 8,000-person waiting list. Thus, the new outpost, plus two more locations in Brooklyn and Washington D.C., that are set to open next year.

Designer Chiara De Rege, behind the Flatiron interiors, also headed up the design of the Soho space, which is a departure from the lighter, pink-focused OG location. A main arched corridor acts as the spine of space with central skylights original to the 125-year-old building, letting natural light flood the meeting rooms and public spaces.

Furniture and decor in a deep and rich palette mixes with art by an all female cast. Included in the mix are pieces by Marilyn Minter and Alice Lancaster, a curatorial triumph by Lolita Cros, art curator and member of The Wing.

“It’s very cool to create a world that didn’t exist before,” Gelman explains. The expansive second location includes private conference and meeting rooms for members to meet and work. Beauty and shower rooms—to use after the gym, before events—are complete with a neon sign reading “No Man’s Land,” while the floor outside of plaid-tiled shower reads “Serving Looks,” characteristic of The Wing’s cheeky vernacular.

The Perch, the Wing’s cafe, has received a major upgrade—think upscale cafeteria vibes with a bigger menu and designated seating. Lauren Kassan, The Wing’s co-founder, points out that the color-coded collection of books in the library was made possible thanks to a partnership with The Strand and Feminist Press.

Other highlights include a custom wallpaper from Chiara De Rege in the Pump Room, while illustrator Joana Avillez created a print for the beauty room in collaboration with Flat Vernacular that alludes to the windows of Soho. There will also be a Wing store in the entrance, displaying the quippy wardrobe needed for all current and future activists.

Soho will not be the only thing new to the world of The Wing, a magazine aptly named No Man’s Land will launch in the coming months, and the Brooklyn and Washington D.C locations will follow in 2018.

Read more about the Wing:

The New NYC Space Everyone Is Talking About This New York Rooftop Is Giving Us Serious Beach Vibes The Wing’s New Line Embodies Girl Power, and We Want Everything