How to Throw an Epic Kids’ Birthday Party During Self-Isolation

Hold the invites; bring on the balloons. 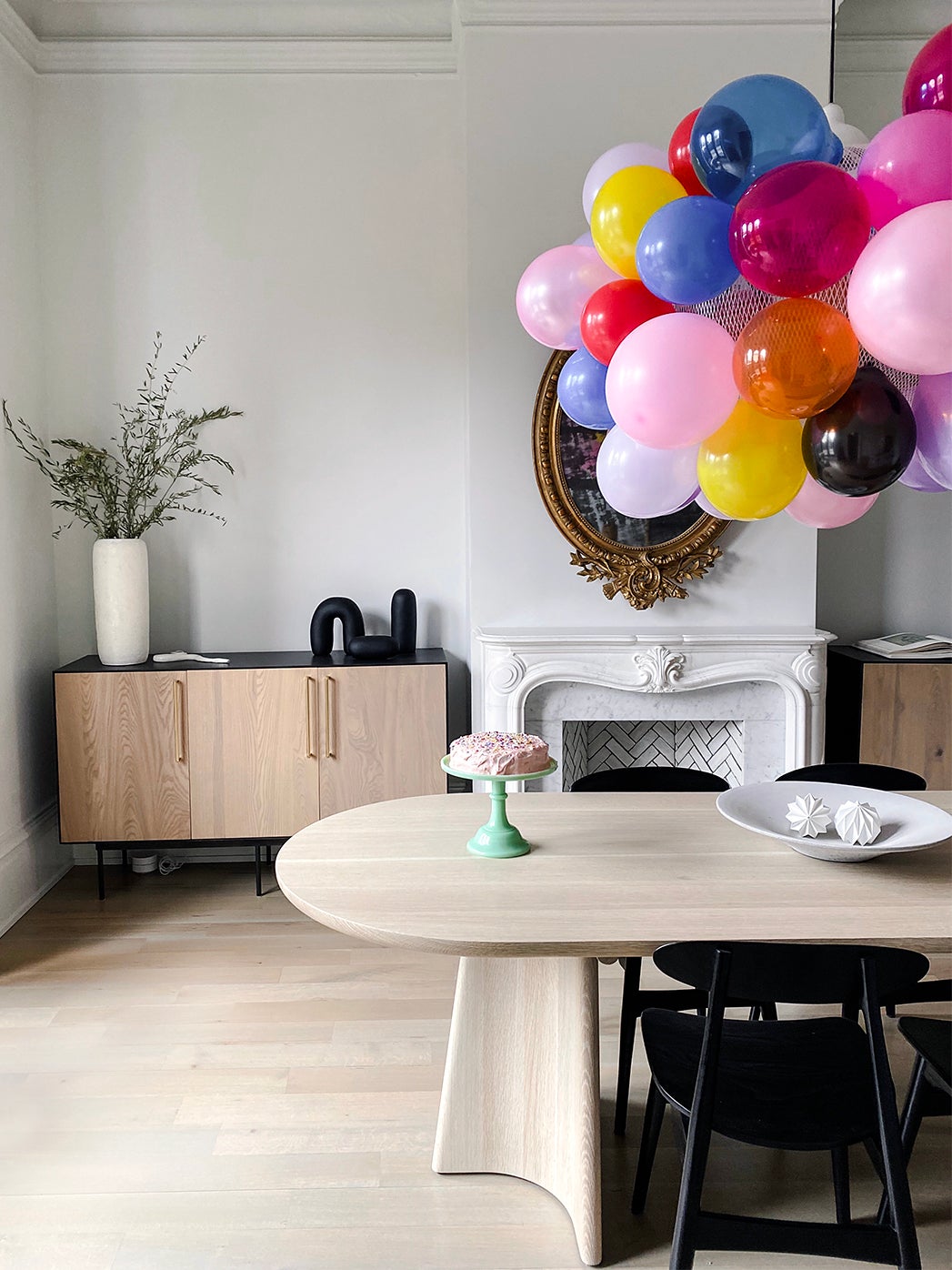 Kids’ birthdays usually go hand in hand with bounce houses, petting zoos, and trips to Chuck E. Cheese, but sheltering in place has changed all that. Right now large gatherings are a no-go, which makes things a whole lot trickier for parents looking to mark the major milestone. How do you make what is, arguably, a child’s favorite day of the year feel special when you can’t host a proper party? We asked design-minded moms who recently threw quarantined soirees for their children this exact question, and they had some clever solutions. With a little resourcefulness, a creative cake, and some confetti, you’ll be well on your way to celebrating—stay-at-home style.

Set a Theme With Scavenged Decor

Liz Hoekzema’s daughter’s birthday happens to fall close to Easter, which is serendipitous, given that the 5-year-old loves bunnies. So the interior designer behind KLH Custom Homes looked around her house for treasures (mainly old decorations she had set aside for egg hunts) that would be a fit for the rabbit-themed affair. “Having a motif makes it feel planned,” she says. The only thing Hoekzema bought for the day was cookies, which she had ordered pre-quarantine. She foraged the pantry for ingredients to bake the cake.

For Sarah Coffey, the creative director behind Clearer Collective, getting her son excited about his sixth birthday after canceling his original party plans was extra-important. So in the days leading up to their self-isolation fete, Coffey had him pick out a “big kid” film that they would watch on his birthday after dinner—he got to see Star Wars for the first time. “He said it was his ‘best birthday ever,’” recalls Coffey.

Friends might not be able to come over and hang out, but they can pass along well wishes online. Erin Hiemstra of Apartment 34 had more than 20 family members sing to her 5-year-old son, Carter, via Zoom as he blew out his candles. “It’s a little hard for someone so young to manage, but he figured it out and had fun with it,” she says. A parade of his preschool classmates, donning costumes and holding banners, drove by their house to wave hello.

When it comes to presents, consider getting kiddos something that will keep them busy during this time. In addition to tons of Legos (the ultimate stay-at-home activity), Coffey’s son was given Earth Game, a cooperative board game in which all the players work together to solve world problems. “It’s sort of like anti-capitalist Monopoly,” jokes Coffey.

After spotting a chandelier constructed out of balloons on designer Katie Hackworth’s Instagram, Hiemstra decided to re-create the arrangement in her dining room. The problem was tracking down the product (most stores were either sold out or were charging a small fortune for shipping). Luckily, a friend had some left over from her daughter’s birthday and left them on the porch for Hiemstra to grab. Blowing 60 of them up was no joke, but sliding them into the cracks of her perforated Mooi pendant was easy. “I still wish I had added more, but I cut myself off at midnight,” she says. Hiemstra didn’t let the decorations go to waste after the festivities ended. Even a week later, she admits they’re still playing with the balloons: “They’re the gift that keeps on giving.”

See more stories like this: How to Help Your Kids Nail Their Study-From-Home Routine The Perfect Kids’ Activity Book Does Exist—And It’s Here When All Else Fails, Let Your Kids Draw on Their Walls