When This Danish Designer Bought Her Place, It Didn’t Have a Bathroom (!)

How she created a new layout from scratch. 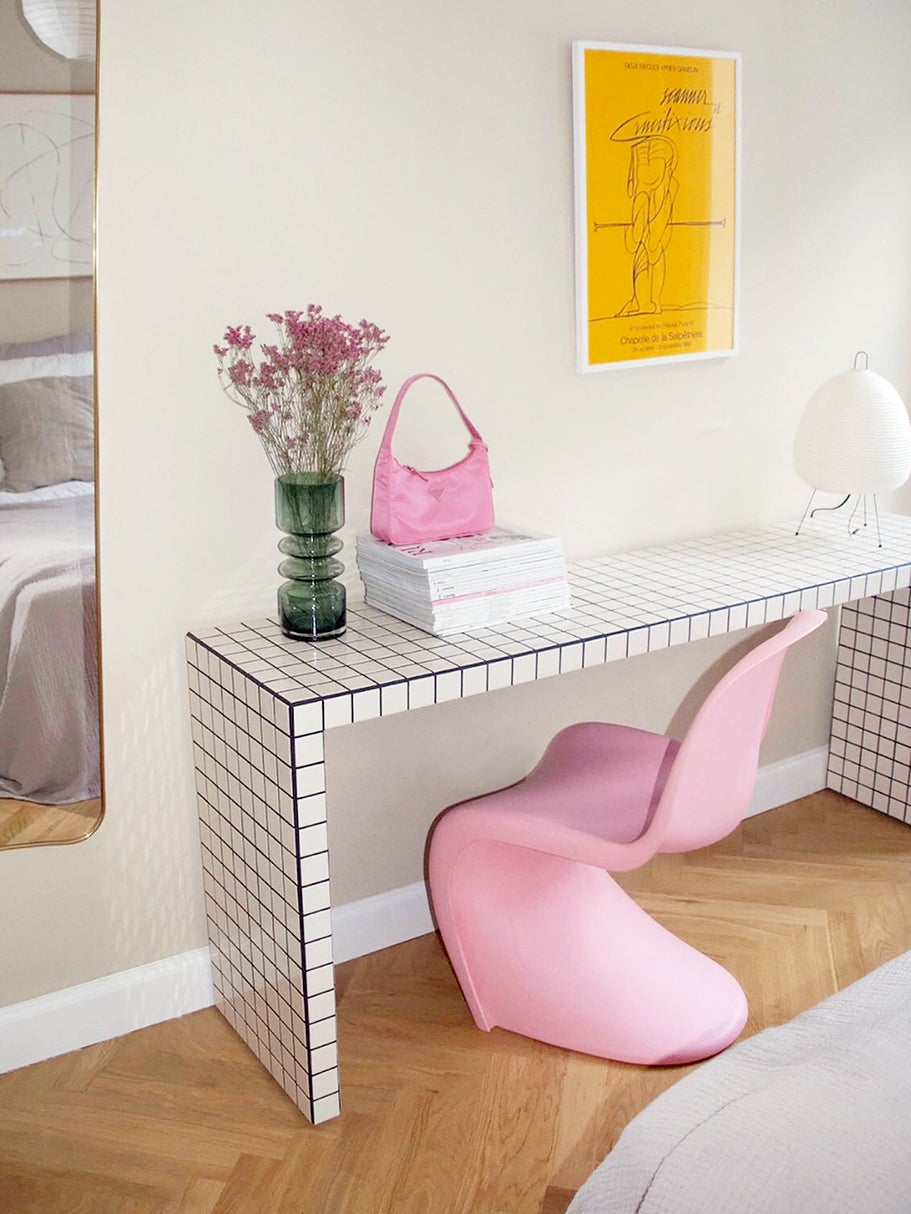 “There was no bathroom,” Sarah Thorgaard says of the apartment she purchased in downtown Copenhagen in the summer of 2019. But Thorgaard, who runs interior brand Ikon København—known across Instagram for its tiled tables—with her sister, Amalie, wasn’t deterred by its less-than-great condition; she saw the 540-square-foot space as an opportunity to create exactly what she wanted from scratch.

The challenge, of course, was designing a functional floor plan in such a small area. Originally, the layout consisted of two rooms, a small kitchen, and a toilet; Thorgaard opened up the space by turning one room into a combined open living room, dining room, and kitchen; she also added a bathroom and kept the second larger room as her bedroom. Since the furniture and fixtures are so streamlined—Thorgaard describes her style as minimalistic and traditionally Nordic—she had more flexibility in deciding which parts of the home were worth investing in and where she could cut costs. Her choices look cohesive either way.

Ahead, Thorgaard shares how she completed a major undertaking in just three months.

Entering the apartment through a bright pink door, you step immediately into the kitchen. Since the footprint is tiny, Thorgaard was forced to make some sacrifices, choosing to forgo a dishwasher and keep the storage limited (she has just two drawers and three cabinets, all sourced from IKEA).

“I built upward,” she explains. “I felt like open shelving would work better and make the room seem bigger, versus closed cabinets, which would make it feel cramped.” Functional choices, like stacking the oven on top of the fridge, opting for two stovetop burners instead of the traditional four, and using the awkward corner of the counter as storage, helped balance out what the room was lacking.

The building Thorgaard moved into has a shared bathroom in the basement, which is how the previous owner got away without having one in the apartment. Making room for one, however, was a nonnegotiable, and Thorgaard made sure there was enough space for a standing shower, toilet, and floating sink (with two drawers underneath). She clearly has a soft spot for tile. “It has a Parisian vibe that fits with the rest of the apartment,” she notes. 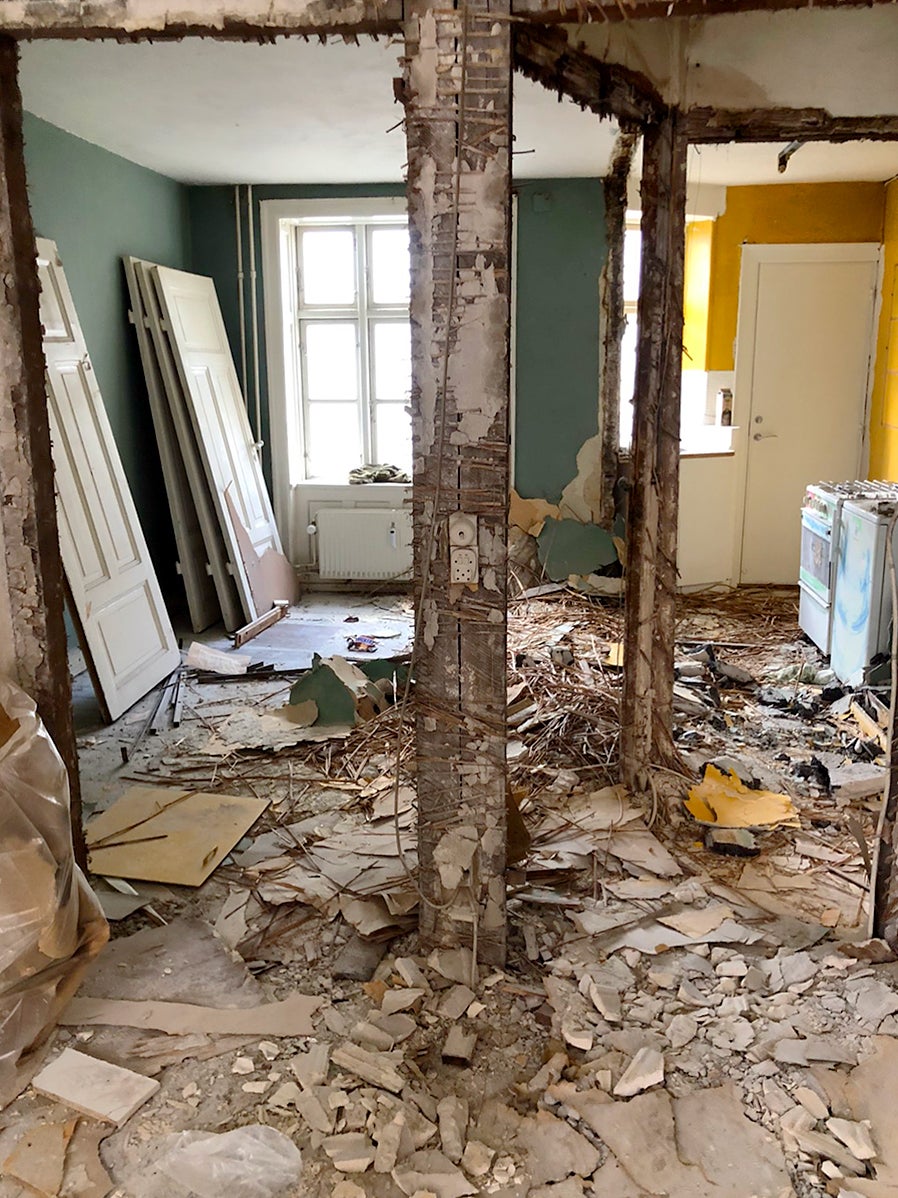 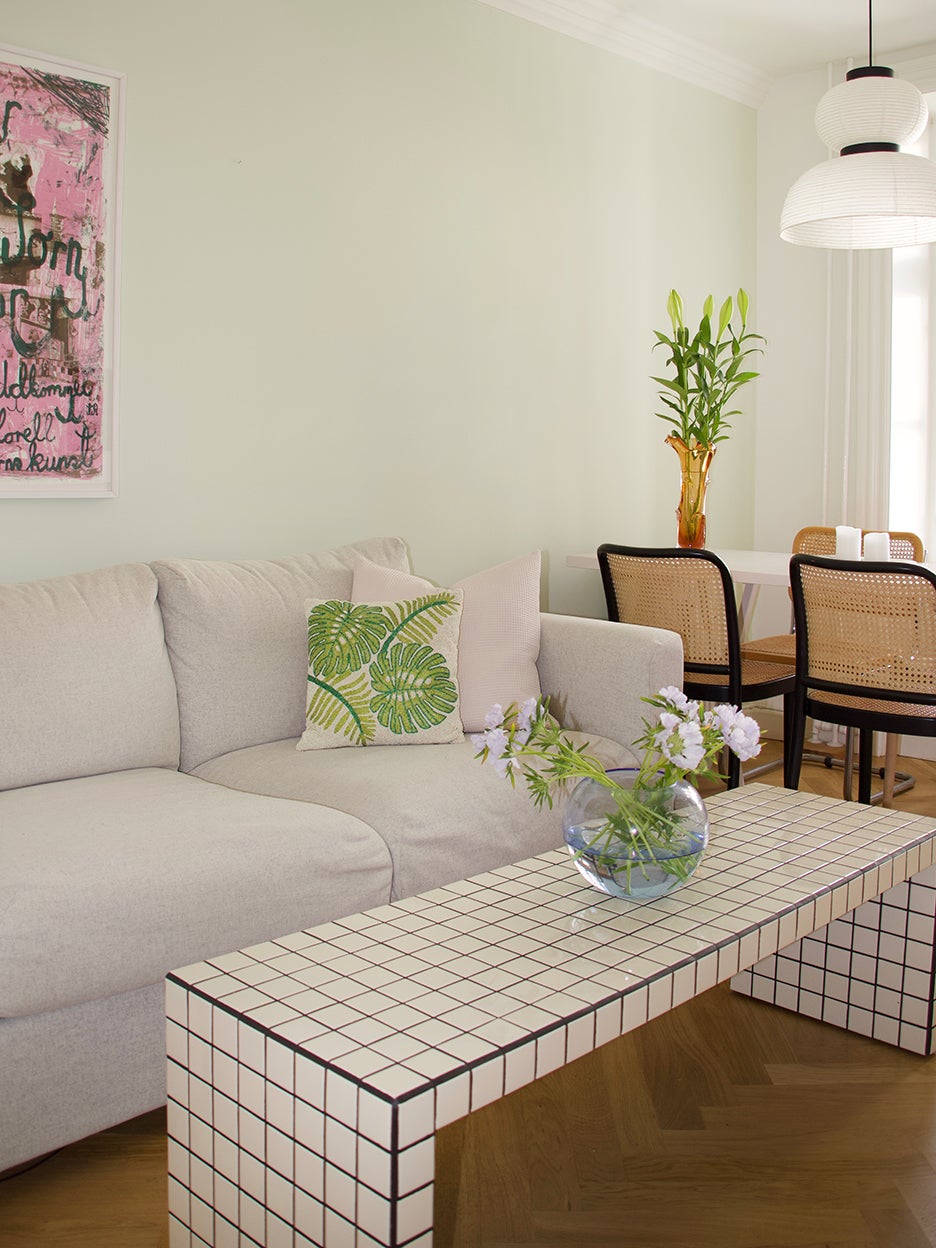 The herringbone parquet floors tie the home together, but they were also pricey. In a stroke of luck, Thorgaard was able to get a friend to handle the installation, which saved her about 50 percent of the original cost.

In the bathroom, she sourced both the green tiles on the floor and the white ones in the shower at a nearby construction site. “They were left over, so they gave them to me for free!” she says.

Color Isn’t the Only Way to Add Personality

Though Thorgaard’s style is minimal, her space is littered with splashes of pastels that show off her personality. While most of the apartment is white, she opted for two statement walls: mint green in the living area and beige in the bedroom, both of which she painted herself. To elevate the IKEA cabinets and closets, she played with material, changing out the handles for polished brass knobs from Johannes Fog. In the bedroom, she added classic vintage-inspired covers with diamond-patterned mesh-metal fronts to the radiators, turning them from eyesores to decorative shelves.

Her own designs, however, are the focal point. The coffee table, where she contemplates what pieces to bring into her space next (“I like to change my furniture up a lot,” she says. “I’ve already purchased a new sofa and dining chairs”), is the centerpiece of the living room, while the long console table adds texture to her bedroom. “They’re very simple designs, but they’re unique,” she notes. “And I love how practical they are. Tiles weren’t a trend when we started back in 2016, and it’s so nice to see how many people love the look as much as we do. It’s bound to become a design classic.” 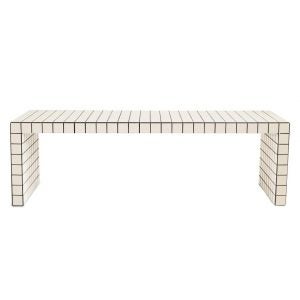 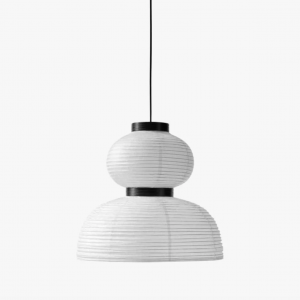 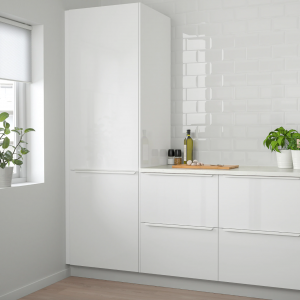 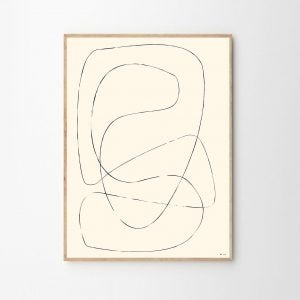