This LA Hotel Feels Like Your Stylish BFF’s Apartment

Meet the soulful hangout where literary inspiration and luxury collide. 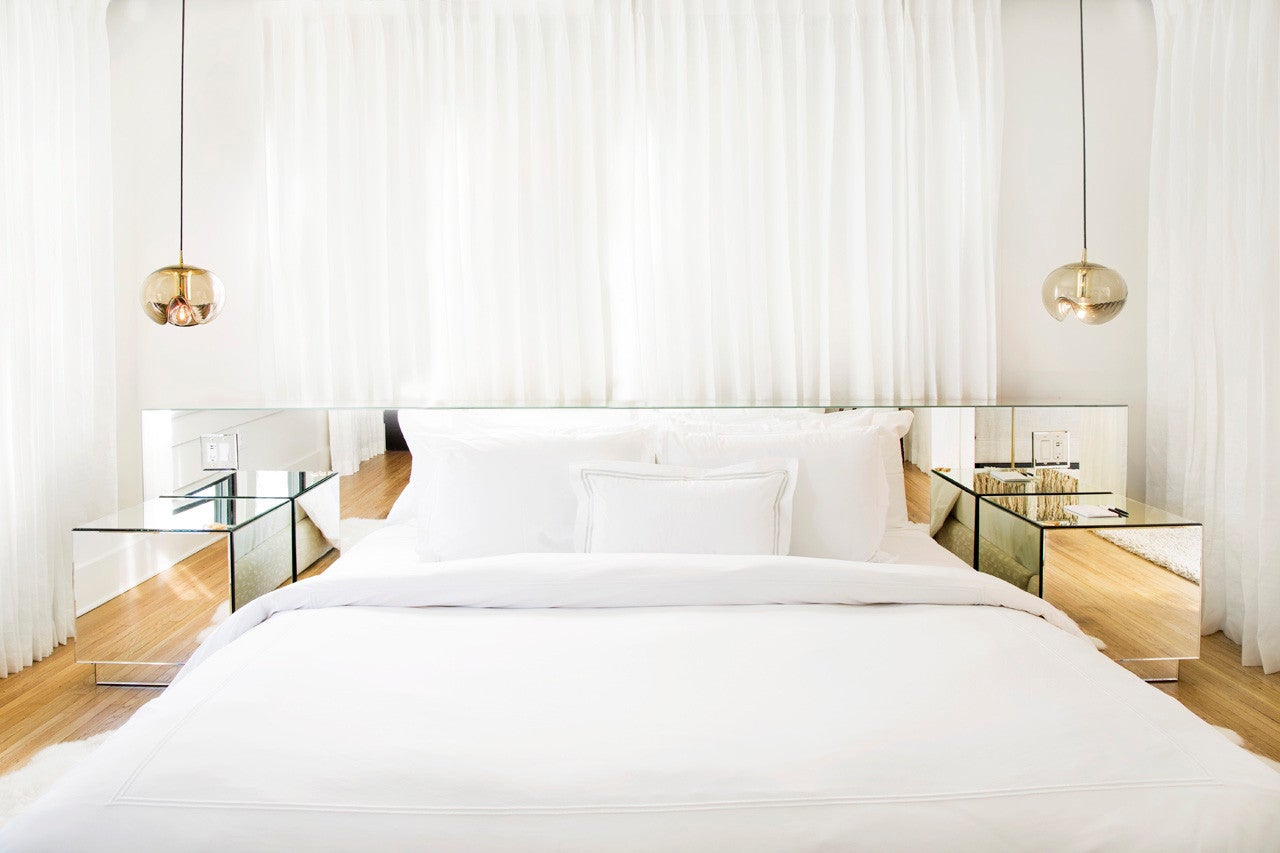 Chapter 8 begins at $465 per night. Photography by Aaron Haxton

When it comes to creating spaces that feel intimate and familiar, Sally Breer lets dynamic fictional characters inform her most inspired design choices. So, when the Los Angeles-based creative—who two years ago founded the interiors firm ETC.etera, alongside fellow lead designer Jake Rodehuth-Harrison—was first approached about designing the suites at

in Los Feliz back in 2015, she knew she had to come up with a story to give the temporary stay a little soul.

Visually inspired by the life of a struggling writer named George Covell, each of the boutique hotel’s first five rooms (or “chapters”) recalls the character’s colorful tale—from his upbringing in Oklahoma to his starving artist days in Paris. This February, Breer and her team debuted four new “sensory environments” at Hotel Covell that stem from the same narrative. But this time around, they turned the page over to a new character: George’s daughter, Isabel.

While the newly opened suites offer a peek inside Isabel’s life at different points in time, the rooms are, in fact, faint reflections of Breer’s own journey and memories. “Each suite is really just a different time in Isabel’s life, so if I did my job right, then you should be able to feel a subtle sense of one soul,” says the designer. “If I’m being very honest, a lot of Isabel was inspired by my life.”

Broke and in art school, Chapter Six—a fairly sparse bedroom earmarked by playful splatter-painted accents—is where Isabel’s story begins. Filled with objects that the aspiring young painter would have likely either found on the street or inherited from her parents and made anew, the color-charged suite perfectly captures the spirit of experimenting—a feeling Breer knows all too well.

“When I was a kid, my mom rolled out a bolt of canvas and let me paint on it. Then, she upholstered my playroom sofa in it. I took a cue from that idea, with a loose narrative that these were her art school drop clothes that were draped around the apartment,” she explains.

By Chapter Seven, the amateur artist has taken up in her lover’s apartment. Slightly more sophisticated and a touch moodier, the one-bedroom suite—which comes with a private outdoor deck—forgoes bright and exciting hues in favor of a darker palette.

“This suite has nods to my fiance, Dan, in it,” explains Breer. “The bathroom tile is the same tile that he used in one of the houses he was flipping when we got together. The beer can sketch in the kitchen is something I made for him for a ‘pin the bud on Uncle Sam’ game. Dan and I just had our first daughter in December, and somehow, very appropriately, my water broke when we were installing this suite.”

Littered with small collectibles procured around the world, the eclectic space doubles as a snapshot of the room’s muse as a well-traveled, passionate adult. Almost all of the furniture in each of the rooms is upholstered vintage or custom made.

Breer’s edited eye for mod colors and attention to materiality become apparent inside the hotel’s most refined dwelling: Chapter Eight. The handsome suite, which boasts a king size pull-out sofa, kitchenette, and optional curtain divider, is the sheer definition of cool and collected.

“I looked to my former loft for inspiration in this suite; reinterpreting the mirrored headboard that I built in my loft in a smaller scale that suited the room in this suite,” says Breer. “Isabel is an independent adult now. There’s a calmness in who she is and what she wants to be.”

From transparent pendants to sculptural sconces, Breer’s love for lighting is hard to overlook. But even the design pros know that selecting the perfect fixture is no easy feat.

“I’m so finicky when it comes to lighting, and frankly, I think I cause a lot of headache for my clients because of it. But bad lighting totally cheapens a space to me. The shape, scale, and material are all super important when choosing a fixture,” says Breer.

Of all the spaces, Hotel Covell’s final chapter—which features a stellar view of Griffith Park Observatory—posed the biggest design challenge. “The space was one long narrow room, so it was a challenge figuring out a floor plan that was functional, but still flowed,” explains Breer.

Sultry details like the carpeted platform bed and beaded curtain introduce an air of nostalgia, while a cozy sectional, along with custom round tables and stools in the living room, gives the space its contemporary edge.

“I referred to Chapter Nine as ‘The Future,’” says Breer. “It’s supposed to have subtle nods to Japanese style, with a ‘70s disco interpretation.”

A rare find even for boutique destinations, each of Hotel Covell’s nine suites feels lived-in and oddly familiar (think of it like crashing at a close friend’s very stylish apartment). So, how did Breer avoid the fleeting and formulaic traps too many hotels seem to succumb to?

“They’re not perfect. That is to say, I think some spaces feel like hotels because they feel like a designer ‘designed’ them,” suggests the designer. “It’s a subtle difference. Often, there’s a color story or space or shape conversation that the designer is thinking about when they put the space together, as opposed to thinking about a person and how they might live in the space. It ends up making things a little imperfect, because humans aren’t perfect. But color stories are.”

A New Hotel Inspiring Us to Decorate More Dramatically 6 Reasons We’re Loving San Diego’s The Pendry Hotel All the Spring Decor Inspo You Need, Courtesy of This Colombian Hotel