Raise the roof for this savvy reno. 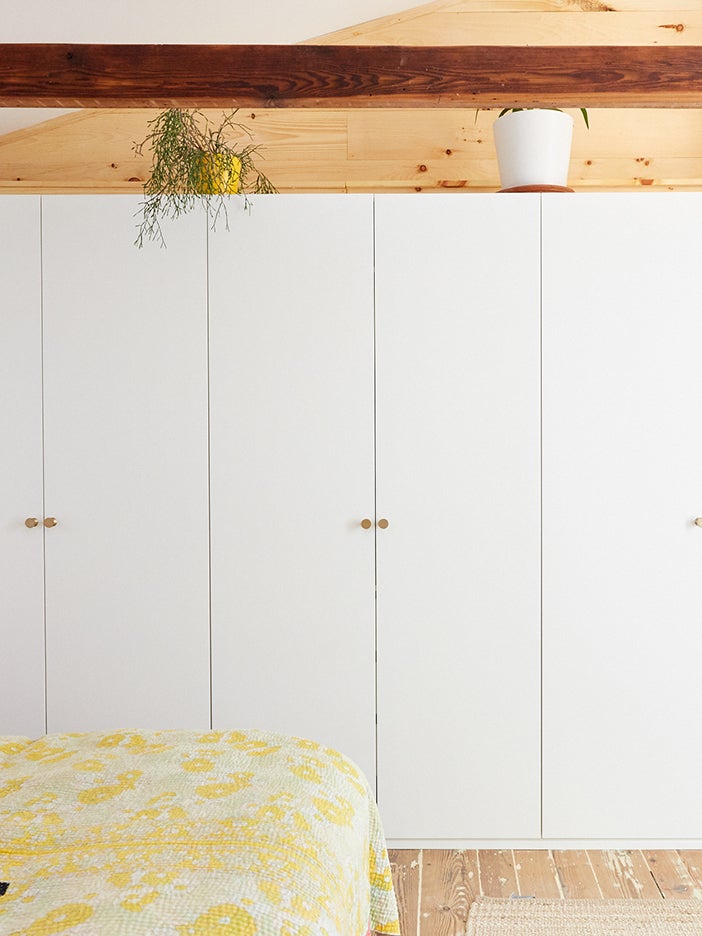 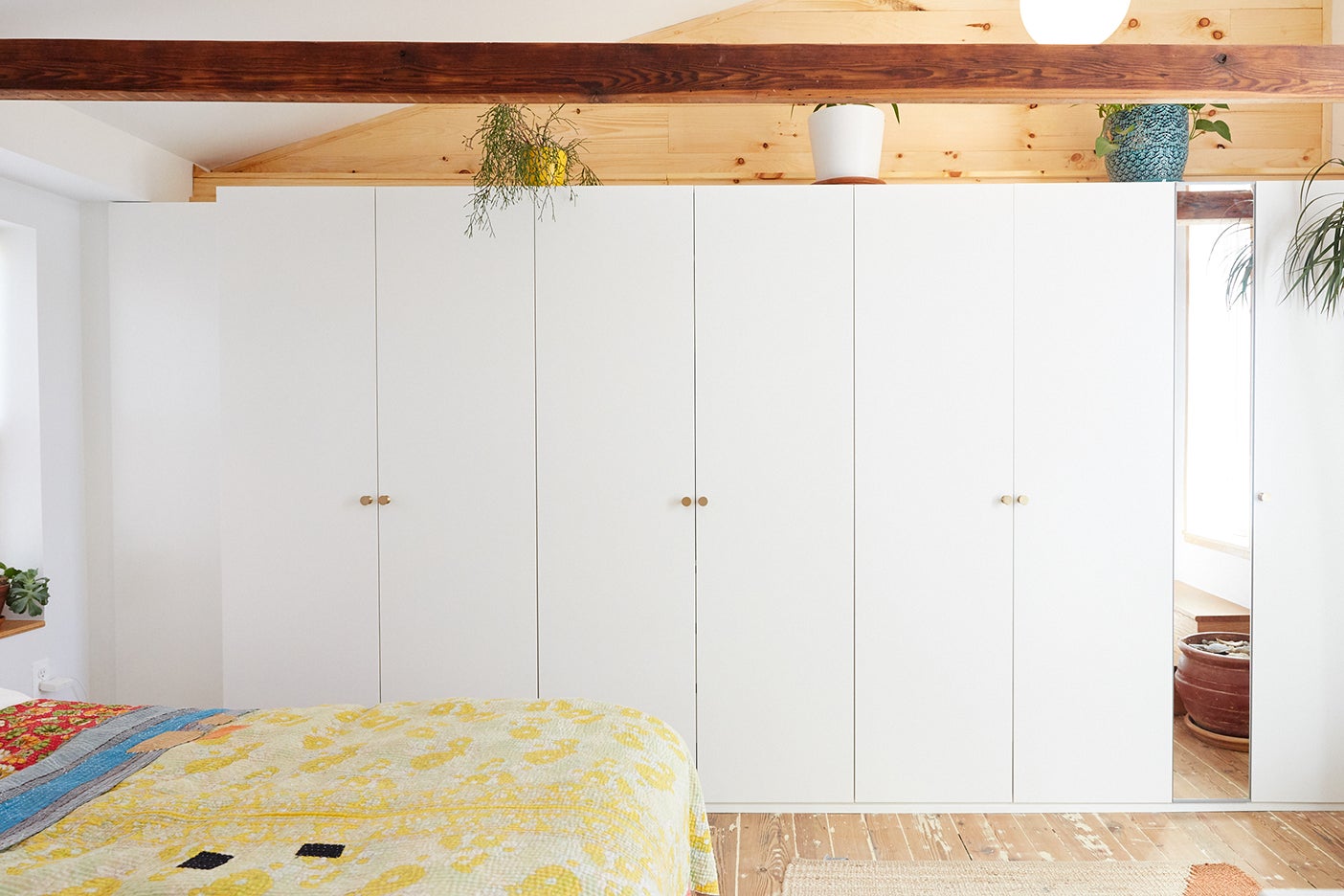 When Jenna and Dan McRorie went to scout out a townhouse in the Queen Village neighborhood of Philadelphia, they decided to take a gamble. Upstairs, the main bedroom featured chartreuse-colored wall-to-wall carpeting, layers of floral wallpaper, and 6-foot-low ceilings. (The designer couple, who together run Fitzwater Interiors, fittingly dubbed the space the “’70s RV room.”) On a hunch, Dan walked over to the closet in the corner, picked up a wire hanger, and started weaving it through a hole up above. “I couldn’t feel anything,” he says. That sign was all they needed to put in an offer. “There was something special about the whole thing,” adds Jenna. “It was kismet.”

When they ripped out the drop ceiling, they encountered another one made out of plaster and, above that, eight large beams, three of which they would eventually remove. During the renovation, the pair actually shrunk the footprint (it went from 180 square feet to 150) when they reconfigured the nearby staircase and replaced the old closet with a wall of wardrobes. The brilliant part is, you’d never know it now. When the sky is basically the limit, you can compromise on floor space.

Plan A was to line one entire wall in the bedroom, floor to ceiling, in closets. The McRories got to work with IKEA’s Pax wardrobe system, which they made look built in by purchasing a few extra doors and cutting them up to use for the trim along the sides and bottom. They also personalized the pieces with fresh knobs. Jenna lined the top of the closets with plants as a temporary fix but decided after a while that she liked having the extra dose of greenery around. “We didn’t even need any additional storage,” says Dan. So they left the pine-board walls exposed and brought more attention to the upper half of the room with extra-large globe pendant lamps from Schoolhouse.

Extra ceiling space wasn’t the only unexpected win from this makeover. When the designers ripped up the old yellow carpet, they uncovered asbestos tiles, and underneath those, hard pine, which they cleaned up. “I wanted to keep some of the choices the last owner had made in the home,” says Jenna. She also salvaged the arched mirrors from the original closet and used them elsewhere in the room.

Don’t Just Raise the Roof—Go Out There

Once blocked by a drab AC unit, the downstairs roof is now accessible by a large crank-operated window (the couple scored the panel for $25). The opening is just tall enough to safely crawl through it, but they added steps and a handrail to make it look more purposeful. Outside you can look down on blooming magnolia trees, but the view is just as nice inside. “It’s magical when you lay on the bed and are staring at the moon,” says Jenna.