And a grout hack for when you’re working in black and white. 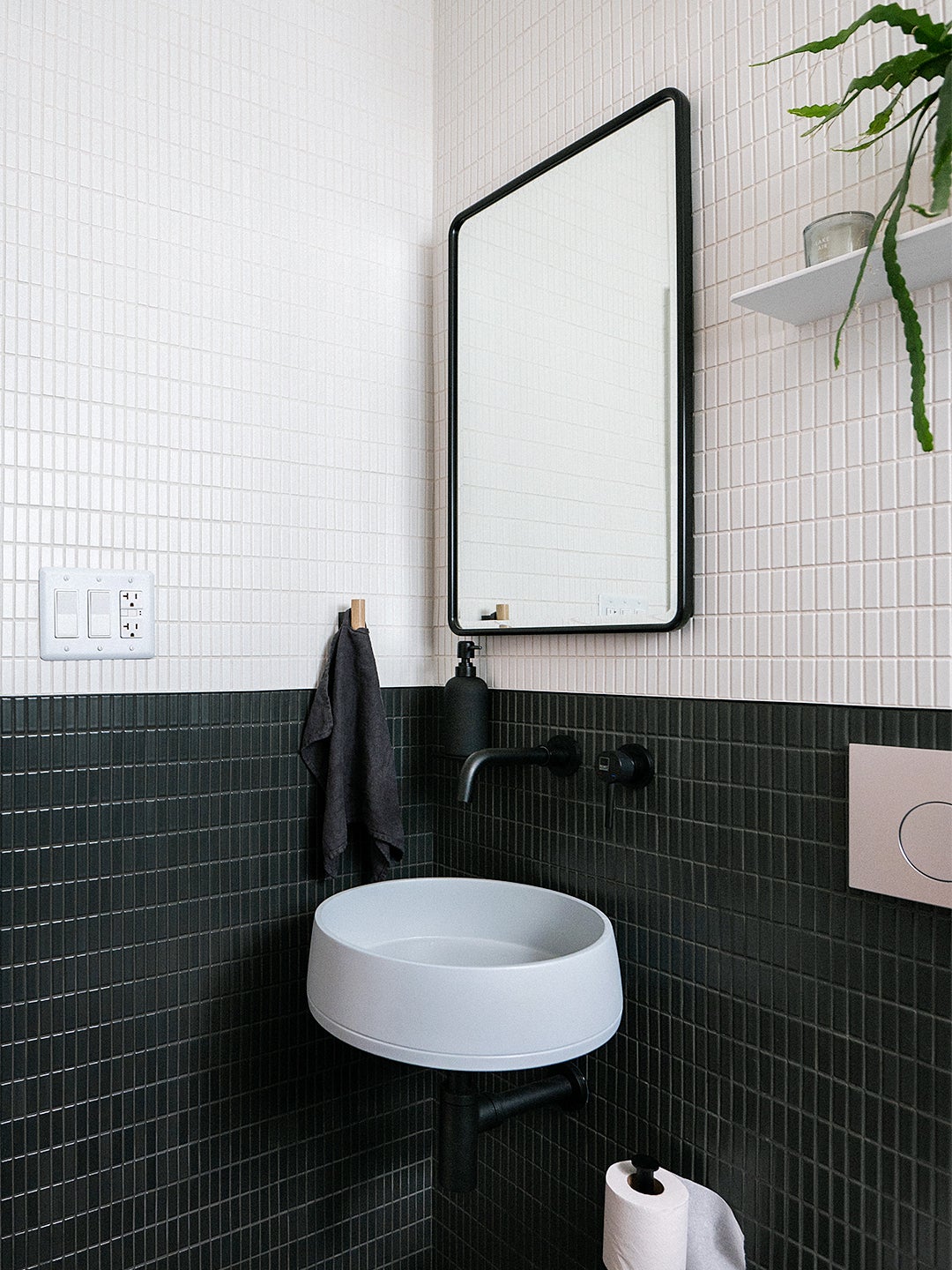 Most homeowners don’t expect to see math problems drawn on their bathroom walls when they pop in mid-renovation, but then most people’s spaces aren’t as small as Tom Cladek’s. “It was like a puzzle,” he says. Cladek had tasked Philadelphia-based Fitzwater Interiors with revamping the under-27-square-foot room (it’s the main bathroom in the row home he’s owned for five years). The circa-1970 pink tile wasn’t his speed, but more important, a giant cast-iron shower-tub was soaking up valuable floor space. “It needed to be brought into the 21st century,” he says.

Making the space larger by knocking down walls wasn’t an option, as the second floor was already a tight squeeze. “It would have made the whole upstairs feel too crowded,” says Jenna Yankun McRorie, cofounder of the design firm. Plus the mishmash of old joists and cinder block within the walls would have been complicated to rework. “It was more of a pipe dream,” Cladek says of adding square footage. The challenge became making the space not look or feel so miniature.

Tile, But Make It a Double 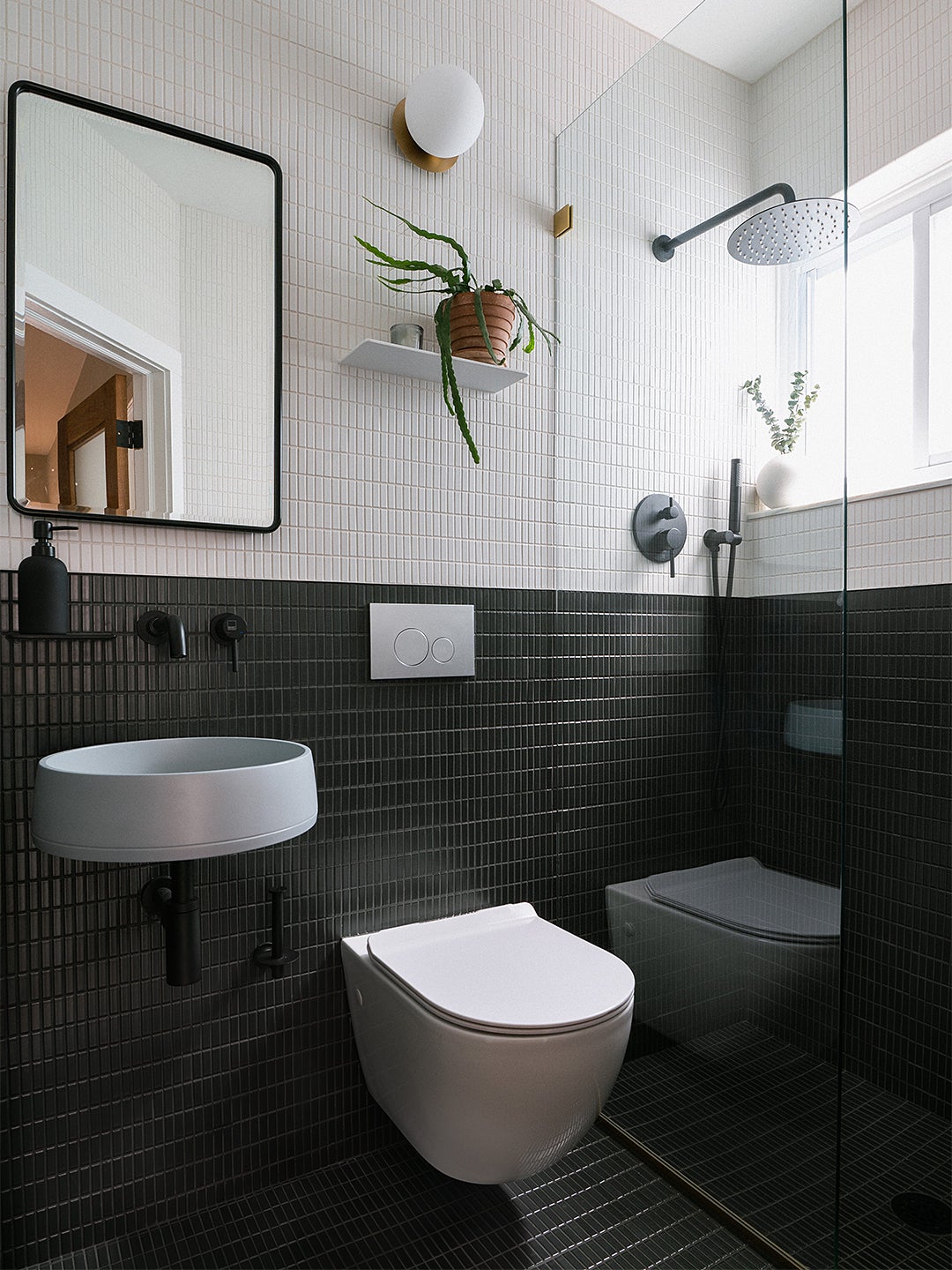 To give themselves a bit more breathing room, the designers removed the 4-inch-thick concrete walls, along with the old pink tile that was covering them. As a result they gained about an inch and a half of space on each side of the bathroom. All the surfaces were then covered with affordable sheets of mosaic tile from Ann Sacks. “Having the white on the higher portion of the room creates the illusion that the space is bigger than it is,” notes McRorie.

Opting for thin rectangles over popular 2-by-2-inch squares gave the room a modern, unexpected look. And by continuing them onto the floors, they were able to turn it into a wet room of sorts with a simple glass shower partition furthering the optical illusion.

Reading in Between the Lines 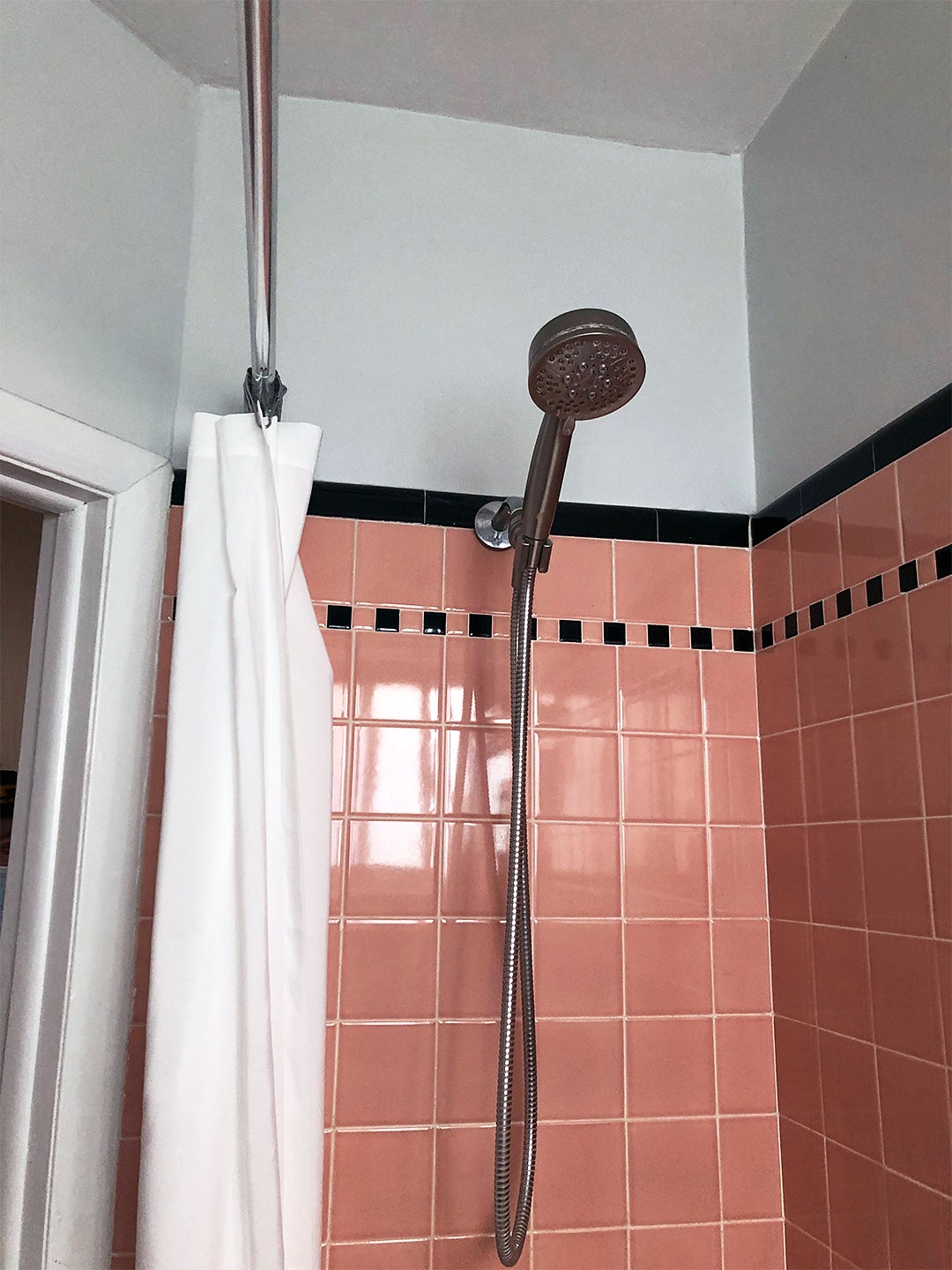 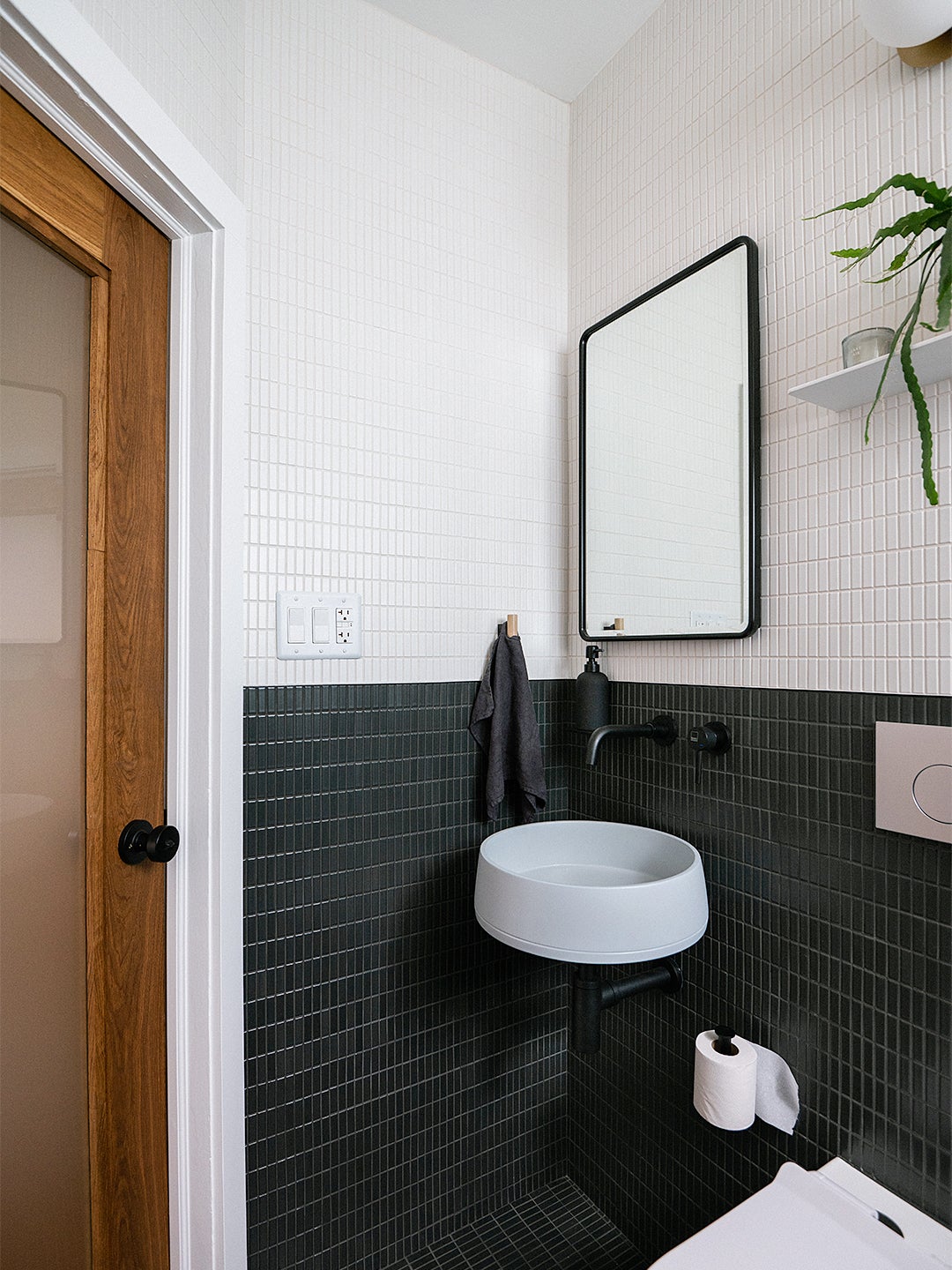 Because the designers used white grout around the white tiles and dark gray grout around the black sections, they needed to figure out a low-profile barrier to stop the two from bleeding into each other. The solution: Todd Selby, the project manager and, Fred Nixon, the crew lead, slipped a flat piece of black Schluter trim where the two sections meet and continued it all the way around the room. “It gave us an edge that we could easily tape off and grout with both colors, and the result was a very clean, continuous look,” notes Sam Fala, a lead designer on the team.

Not up for a DIY? Never fear: Kick-start your project with HomeAdvisor’s directory of bath resurfacing pros in your area.

Nixing the tub freed up much needed legroom, but attaching all the new fixtures, from the splurge-worthy Nood sink to the soap dispenser, was the real layout game changer. Fala meticulously mapped out the framing plans in CAD so the construction team knew exactly where the wall-mounted toilet, Shelfology shelves, and showerhead would sit. “Nothing touches the ground,” notes Cladek. “It feels more sophisticated now that you can see the tile; everything’s cleaner.” Ditching the radiator for heated floors spared some room as well.

Luckily Cladek can get by without a medicine cabinet or a built-in vanity. “I’m pretty contained,” he says of his minimal product collection. It’s a good thing less is always more.