How One Stylish Mudroom Transformed This Whole House

A historical Massachusetts home gets a functional facelift. 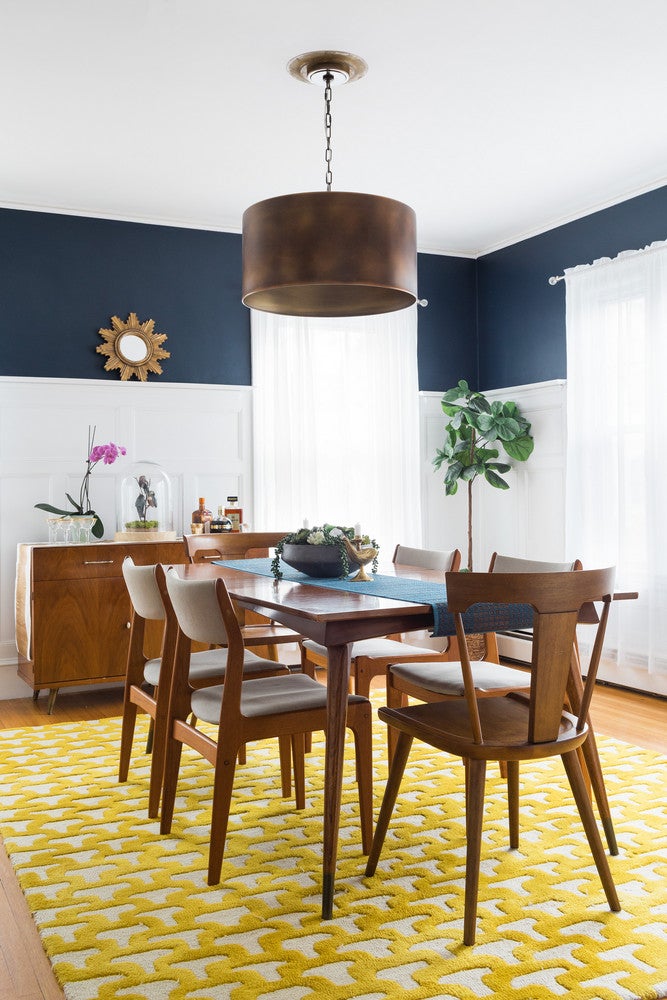 When Jennifer Schley Johnson and her family moved into an eclectic, antique home in  Beverly, Massachusetts, a stunning seaside town on the North Shore, they not only inherited hundreds of years of the previous owners’ style, architecture, and design choices but they were also faced with a pretty awkward layout.

“The kitchen was an addition to the original home,” said Schley-Johnson. “And while it gave more space, it didn’t work with the flow.” But with an eye for design and the goal to get the home into shape for her and her family, Schley-Johnson set to work on utilizing the good bones to overcome some of the quirky moments throughout.

That’s where interior designer Sashya Thind Fernandes of iD8 Design Studio came in. Helping Schley-Johnson see the bigger picture, she sought to modernize the historic home. With a few touches that would make it more functional, the designer came in to bring it all together and create a cohesive living space for Johnson and her two young kids.

“The older, history-filled, antique colonial homes in Massachusetts are some of the oldest, most beautiful in the country,” Fernandes tells Domino. “With years of the age, these historical pieces of architecture are usually something to behold, but many of them need a functional update into the 21st century.”

First up, the awkward mudroom area, which served as a walkway between the living spaces and felt totally out of place with the rest of the home. Though not an actual room, as you may expect, the entryway felt like it didn’t have a purpose. That was, until Fernandes suggested the cool hexagon tiles. Featured in varying shades, the tiles add a focal point, depth, and intentionality to an otherwise funky space. In a particularly clever design choice, the tiles blend into the hardwood flooring, changing the access point to the kitchen and living areas and adding a whimsical touch that was appreciated by the owners.

“Sashya helped with proposing ideas I would never have thought of,” says Schley-Johnson. “I like to decorate but I don’t necessarily know how to design full spaces. For me, the tile in that mudroom area was kind of a design risk, but in the end, they are one of my favorite elements in the house.”

In the kitchen, Fernandes continued to challenge Johnson’s traditional ideas of design by suggesting a hive tile as the backsplash instead of a basic

With a similar look and feel, the off-white still feels fresh but gives the brand new space an added dose of personal flair, something Schley-Johnson was looking for.

Perhaps the most coveted, personalized piece in the home is the custom one-of-a-kind leather banquette that spans the length of the eat-in alcove off the kitchen. Fernandes enlisted the help of a local craftsman to create a highly-stylized, yet super functional seating situation that defies all traditional meanings of the term

Pops of deep blue, navy, yellow, and pink run throughout the living spaces, color choices made by Schley-Johnson. “I love the more saturated colors and jewel tones and wanted to play off of the rug in the dining room as inspiration,” she says. “It’s an aesthetic that definitely matches my personality as kind of joyful and whimsical.”

For example, a velvet navy sofa sits in the living room, adding a bit of glam in a rich hue but offset by the bright white, neutral walls and a mix of texture seen throughout.

Accents seen elsewhere were a labor of love between Schley-Johnson and Fernandes as the two worked closely in their roles of homeowner and designer. Above a warm leather chesterfield sofa in a more formal sitting area, Fernandez assisted in curating a cohesive

while a graphic wallpaper in the powder room keeps up with the personality of the newly renovated home.

Ultimately, both Schley-Johnson and Fernandes are most satisfied in achieving their goal of giving each room a defined purpose. Fernandes’s best advice on working with a designer to execute your vision? “Find someone who understands your aesthetic. We’re here to help you solve some of the issues you may have with a space, and happy to give expert direction where you most need it.” Though Schley-Johnson most certainly took some risks with her colonial home, the result is a modern take on traditional and perfectly suited for her family for years to come.

See more homes we’re loving: This Tiny, Pink Victorian Might Be the Cutest Home in SF This World Traveler’s Victorian Home Is a Treasure Trove of Design When Empty Nest Syndrome Inspires a Chic Home Makeover