Move over, Everything but the Bagel. 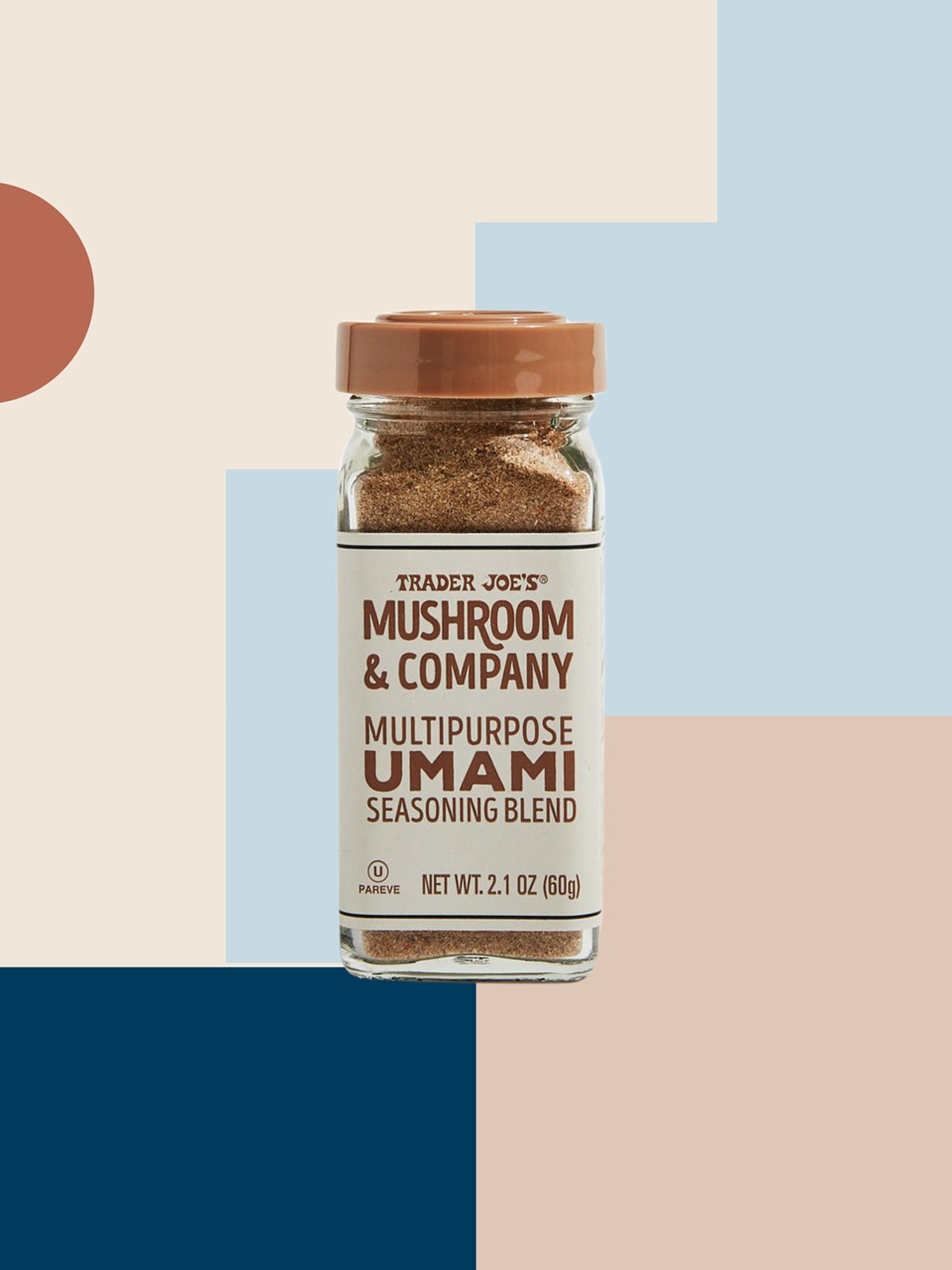 When I first heard about Trader Joe’s umami seasoning, I thought the retailer was trying to make some clever reference to a certain iconic scene in Friends. A seasoning purportedly able to alter your senses and make you more aware of your surroundings may be ethically iffy, I thought, but you can’t fault TJ’s for originality. This is not the case. Multipurpose Umami Seasoning is more than just another flavorful addition to your spice rack—it’s an inventive one, too, with numerous purposes, and it may be poised to dethrone the perennial favorite Everything but the Bagel.

The only problem is that it’s quite difficult to figure out how to cook with the spice. Each little bottle (which retails for $2.99) contains only an encouragement to “add a boost of savory flavor to just about any dish,” which is delightful but hardly sound culinary advice. While the product was met with fanfare from various corners of the Internet following its February 2019 launch, much of the narrative focused around confusion on just how to use the seasoning. As a self-professed brand devotee who worships at the church of Trader Joe’s, though, I was determined to crack the culinary code.

First, the definition of umami. According to The New Yorker, the term was first coined in the early 1900s by a Japanese chemist named Kikunae Ikeda. It describes the little-known “fifth taste,” something savory and almost earthy, best likened to the flavor of soup stocks. Aged Parmesan, ripe tomatoes, and soy sauce all have it.

Trader Joe’s has infused its umami-laden spice with both porcini mushroom powder and white button mushroom powder, plus a medley of other supplements like dried onions and ground mustard seed. This versatile array of spices is why the seasoning lends itself so well to a variety of recipes—you can eat dishes sprinkled with it at breakfast and dinner, and still have two distinct-tasting meals.

Convinced yet? Here are some easy ways I discovered to cook with umami seasoning:

Spice Up Your Eggs

Seasonings are often woefully lacking in the everyday egg department. Give your scramble a facelift by adding umami seasoning to the mix. In lieu of salt—kosher salt is the first ingredient in this seasoning, and yes, it’s very salty—whisk in umami. Mix in some melted white Cheddar cheese and chopped pancetta as well if you’re feeling gourmet.

Compound butter makes everything taste better: Roast potatoes are but a flavorless tuberous crop without it, vegetables are boring. The great news is it’s super-easy to make: Simply soften your desired amount of butter to room temperature and mix with umami seasoning to suit your taste. (For reference, I mixed half a stick of butter with about three shakes.) Using cling film, roll up the butter into a tube-like shape, then refrigerate until it re-hardens. When you’re ready to use, slice off a disk at the end.

Roast Vegetables With a Twist

I tried the umami seasoning with roasted green beans and broccoli as an amped-up take on my usual olive oil–and–sea salt combination, and it was truly delicious. The key is to make each piece is everything is evenly coated, so buy your vegetables fresh and ensure they’re dry before dusting them with the blend. Then drizzle some olive oil on top, mix in a couple of garlic cloves, and pop the tray in the oven at 400 degrees Fahrenheit to roast.

Use It to Meal-Prep

Having roast chicken on hand for the week is a lifesaver, and something about the umami seasoning’s mushroom interacting with other spices makes it perfect for poultry. Toss chicken breasts in a bowl with olive oil and the spice (again, since it’s replacing salt, be liberal with how much you use), then bake in the oven at 400 degrees Fahrenheit for about 25 minutes or until a meat thermometer registers 165 degrees. If you plan right, you’ll have more than enough to use in grain bowls and salads through Friday.