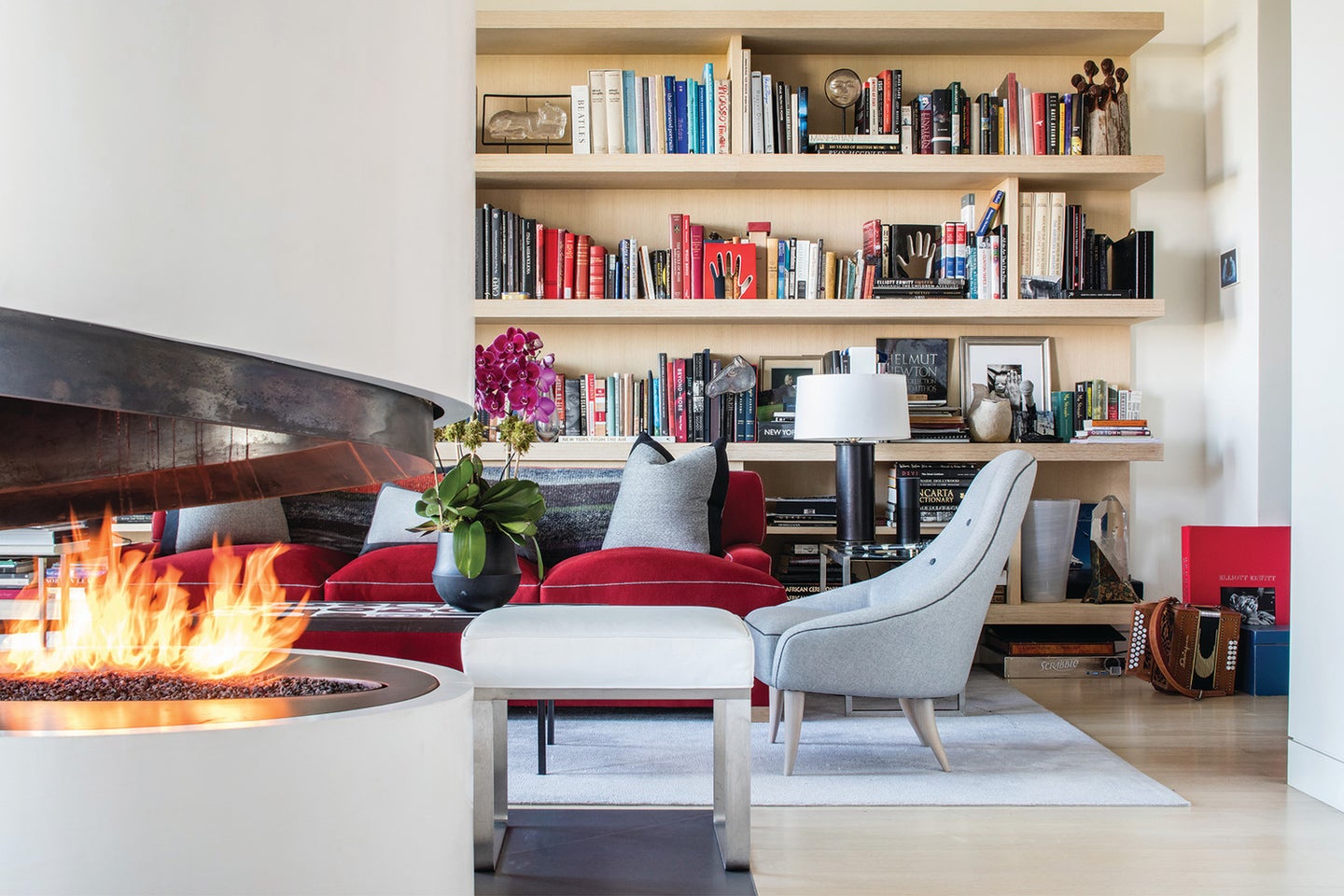 Sting has officially sold the New York penthouse he shared with wife Trudie Styler. The couple, who put their home on the market this May for $56 million, are walking away from the deal with $50 million in their pockets. Considering that the pair paid $27 million for the luxe duplex back in 2008, we’d say they’re doing just fine. Located in the now-famous 15 Central Park West, where past residents have included Denzel Washington and Mark Wahlberg, the futuristic penthouse now belongs to a mystery buyer.

According to Page Six, the singer and his wife are reportedly packing up and heading to a limestone-clad tower at 220 Central Park South—one of the city’s most lavish and expensive apartment buildings. While the duo is on to a bigger and better home, let’s just take a moment to awe over the space’s sculptural details and spectacular amenities.

When Sting and his wife Trudie first got to work on the home back in 2008, they brought in architect Lee F. Mindel to reimagine the 5,417-square-foot condo, and one of his biggest changes was to add two custom spiral staircases to the duplex, including a double-height sculptural staircase in the entrance gallery.

The home is set up as a three-bedroom with an office that could double as a fourth bedroom. The star of the show is the main living room, where French doors lead to a 400-square-foot terrace with prime Central Park views.

A custom open gas fireplace separates the living room and sitting area, and according to the architect’s website, its design is “informed by the shape of the stairs and the Fibonacci Spiral.”

There’s also a spa-like bathroom with a steam room and rain shower connected to the master bathroom.

Other astonishing building amenities the new homeowner will have the chance to enjoy include a parking garage, 14,000-square-foot fitness center, skylit lap pool, private restaurant, wine rooms, and a library.