They have the most insane waterfront views. 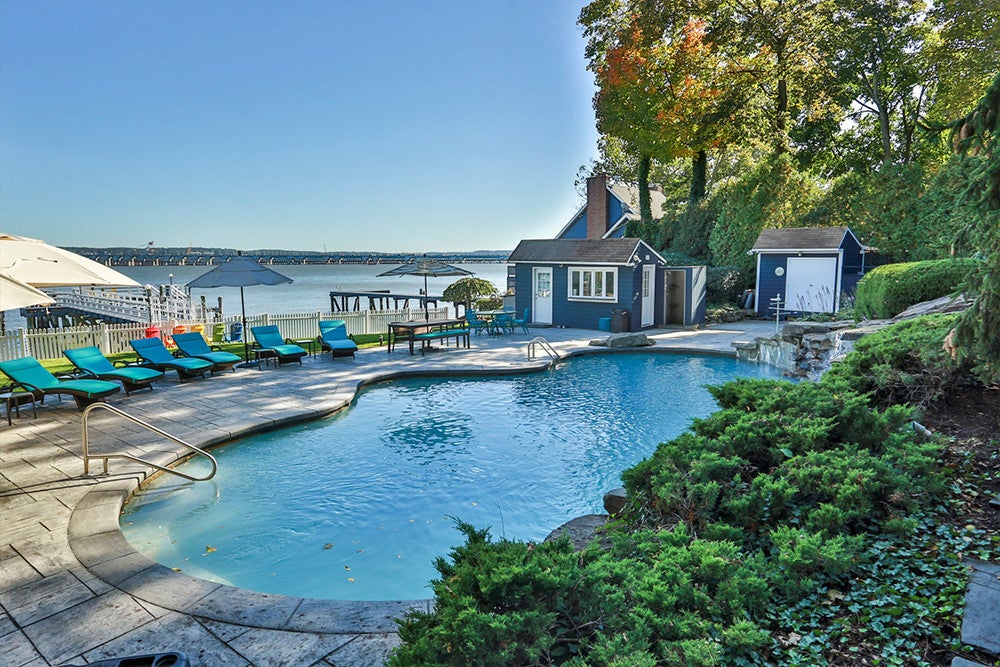 After picking up a stunning Manhattan penthouse in the summer of 2017, Rosie O’Donnell decided to edit down her impressive portfolio of properties. The comedienne and real estate aficionado listed her five-residence compound in South Nyack, New York for $10.79 million late last year—and according to Variety, the first of the stunning riverfront homes has just sold.

The seven-bedroom Dutch Colonial dating back to 1906 is the biggest residence, and O’Donnell’s primary home. At around 7,000 square feet, it has plenty of room for luxe amenities, including a full chef’s kitchen (complete with both an island and a breakfast bar), and a medley of outdoor water fixtures that range from a pool with a waterfall to a saltwater hot tub.
The first residence is bright and full of light, due in part to the massive floor-to-ceiling windows and high white shiplap ceilings. But a colorful, mosaic-tiled fireplace takes center stage in the combined living-dining-kitchen area, making for a slightly more eccentric feel.
Next up, another Dutch Colonial—this one listed at $2.2 million with four bedrooms—that overlooks the Hudson River. Stunning stonework includes a wraparound porch and fire pit, both with great waterfront access.
O’Donnell’s property collection also includes a three-bedroom residence from 1918 ($1.99 million), another three-bedroom contemporary home with exterior wood paneling and a split-level terrace and deck ($775,000), and a one-bedroom “cottage” with a wraparound deck ($525,000).

While the most impressive home is unfortunately no longer available, the other four are still on the market—so any interested buyers should act fast. Not in the market for a 2.4-acre residence on the Hudson? No worries: O’Donnell is also listing her Saddle River home in New Jersey for $5.9 million.

This story was originally published November 10, 2017. It was updated with new information February 13, 2018.

Kimye’s $17.8 Million Mansion Is Officially Off the Market Mike Myers’ Soho Apartment Is Surprisingly Sophisticated Inside a Spanish-Style Villa With A Sweet Celebrity Pedigree Learn to love your inbox again—sign up for Domino’s daily email.