The elegant Park Slope townhouse is for sale, again. 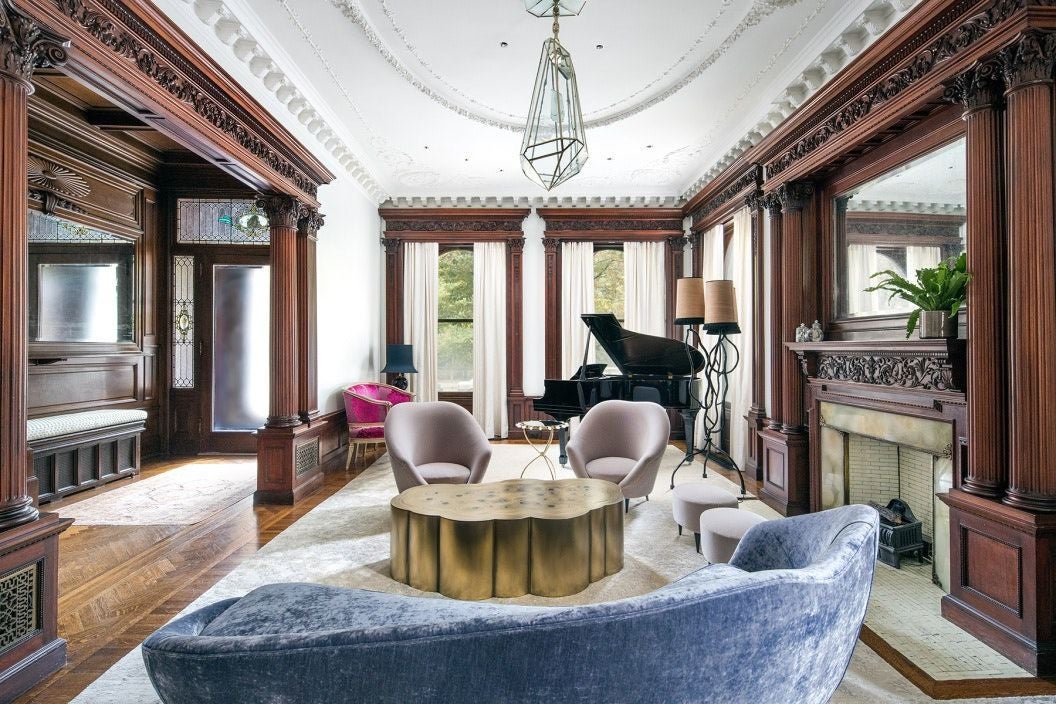 Photography by ARCHITECTURAL DIGEST VIA TRULIA

It can be pretty tough to break property records in New York City, seeing that many homes frequently grace the market for millions. But, just two years ago, actress Jennifer Connelly’s formerly-owned NYC mansion did just that. In 2015, her used-to-be residence set a record for priciest real estate in Brooklyn’s Park Slope neighborhood, at $12.4 million. The stately abode, which Connelly and her actor hubby Paul Bettany called home from 2003 to 2008, is for sale once again with a fresh listing price: $14.5 million.

Since the duo first purchased the property for $3.7 million, the luxe address has seen a number of residents, including a Google exec who bought the place in 2008 for $8.5 million. While the house’s staggering price tag has our full attention, we can’t help but awe over the home’s rich details and grand living spaces. Built in 1899, the 6,500-square-foot abode is brimming with turn-of-the-century charm.

The property’s unique character and history can be spotted in the details, like the mahogany columns, herringbone floors, delicately carved mantels, and stained-glass windows—original elements that define every room in the home.

The main living room overlooks Prospect Park, and while the working gas fireplace attests to the property’s more modern updates, the mantel’s intricate wood detailing offers a glimpse of the past. The seven bedroom abode also boasts a number of other state-of-the-art amenities, including a fully-equipped chef’s kitchen, a media room, and a spa-like master bathroom.

Whoever the next homeowner might be, we’re hoping they love wine. One of the most unique (and perhaps our favorite) feature in the A-lister’s once-owned city escape is the 600-bottle wine cellar which has been cleverly tucked under the home’s stoop.

Per usual, we appreciate savvy wine storage solutions that are as beautiful as they are functional.

While soaring ceiling heights make a statement in just about every room, the formal dining room’s incredible coffered ceiling serves as a surefire way to impress guests come dinnertime.

Upstairs, potential buyers will find the all-white master bedroom which boasts soundproof windows and looks out onto a lush canopy of trees.

Also on this floor is another generous bedroom, a chic master bath, and a dreamy dressing room crafted from maple.

Potential buyers with little ones will also be excited to learn that the home’s entire second floor has been converted into a kid-friendly haven that’s decked out with a library and a cozy sitting area.