How Much the Homes In Your Favorite Movies Would Cost Today

Seven iconic rom-com homes, and what they'd cost you IRL. 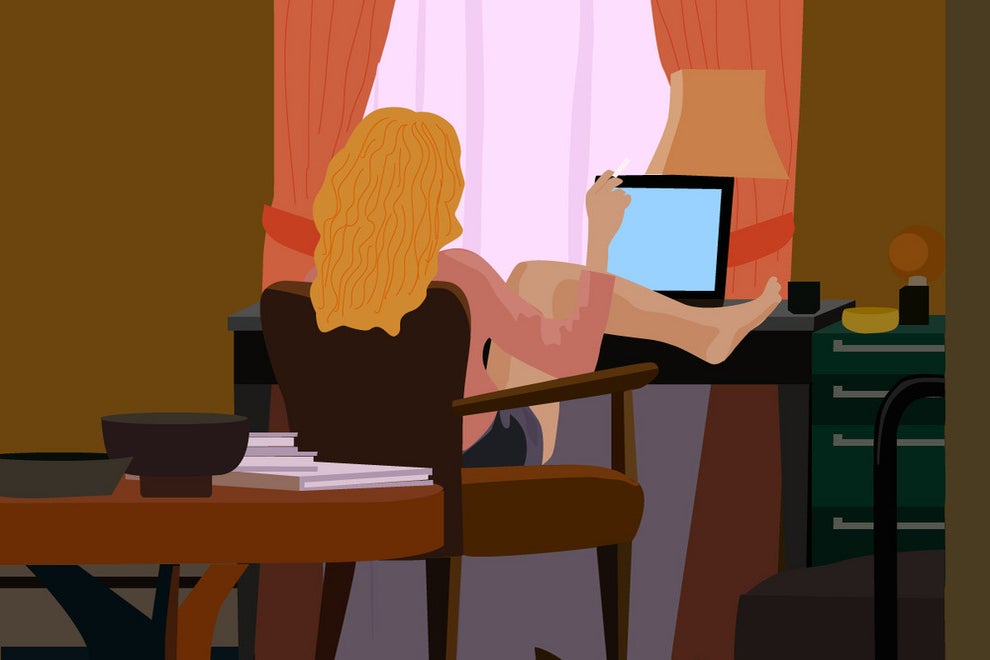 If you love love, then you know there’s nothing quite like watching your favorite romantic movie on a quiet Saturday night for the umpteenth time. Whether you opt to set the mood with Sex and the City or favor more classic films like When Harry Met Sally, a solid love story can make your day. And it’s not just the undeniable chemistry or feel-good tales that often leave us feeling all giddy inside: The dreamy homes on-screen couples call home also have us totally smitten. Because let’s be real, though our favorite characters might be struggling by on, say, a writer’s salary, their fictional homes are typically anything but basic—but how much would these places actually cost if they hit market today?

The experts at ForRent.com crunched the numbers to answer that question. Click through to see what they had to say about how much your favorite silver screen spread would actually cost today.

Sex and the City

Carrie Bradshaw’s Upper East Side apartment would cost $3,000 in today’s market, but she paid only $700 per month for the rent-stabilized, one-bedroom brownstone with a walk-through closet. It has an on-screen address of 245 East 73rd Street, but it was filmed in the West Village at 66 Perry Street.

The brownstone, which measures 4,100 square feet and has 10 rooms and six fireplaces, was also the site of the Ghostbusters headquarters. It sold for $9.85 million in 2012.

Mr. Big and Carrie’s new penthouse apartment is just a tad fancier. When Carrie first sees it, she exclaims “I think I died and went to real estate heaven!”

Located on Central Park across from the Metropolitan Museum of Art at 1010 5th Avenue at East 82nd Street, the high-ceilinged, light-filled pre-war penthouse has double doors to the terrace, crown molding, and a custom walk-in closet.  The interiors were filmed in a Spanish-style four-story walk-up on 62nd Street. The monthly rent is $190,000, and the purchase price is $40 to $50 million.

Marisa Ventura’s two-bedroom apartment, located in the Bronx at East 175th Street between the Grand Concourse and Jerome Avenue—a good location for a single mom commuting into Manhattan—would cost $1,300 to rent in today’s market.

On the other hand, Christopher Marshall’s hotel suite would cost $12,000 per month. The on-screen location is the Beresford Hotel, but the filming locations were Roosevelt Hotel and the Waldorf-Astoria Hotel, a 1931 Art Deco hotel with 47 stories.

Harry has some sage advice about finding an apartment in NYC: “Really, what’s so hard about finding an apartment? What you do is you read the obituary column. Yeah, you find out who died and go to the building, and then you tip the doorman. What they can do to make it easier is to combine the obituaries with the real estate section. Then you’d have: Mr. Klein died today, leaving a wife, two children, and a spacious three-bedroom apartment with a wood-burning fireplace.”

His Greenwich Village apartment is located at 57 East 11th Street between University Place and Broadway in an 11-story building that was built in 1903 and was previously a sewing machine factory. In the 1980s, the average NYC rent was $1,700, and many Lower Manhattan rentals were going for about $300. In today’s markets, this loft would cost $3,800 per month.

Vivian’s shabby apartment was in the Las Palmas Hotel, at 1738 North Las Palmas Avenue in Hollywood. Julia Roberts’ character shared the tiny place with a roommate. It costs $185 per week, which would be $92.50 per roommate.

In contrast, Edward’s penthouse suite at the Regent Beverly Wilshire Hotel costs a whopping $38,500 per week. The two-bedroom, three-bath eighth floor suite measures 4,000 square feet and includes his and hers walk-in closets, a

, a living room, library, and a formal dining room for eight.

Most of the interior filming was done just down the road at the Ambassador Hotel. Currently, the Regent Beverly Wilshire has a Pretty Woman Presidential Suite that runs $5,500 per night.

Noah’s dreamy waterfront house—that he renovated himself—has the address of 204 Martins Point Road on Wadmalaw Island. Built around 1772, it’s an old Southern gem with stately columns. The four-bedroom waterfront features a grand staircase, several fireplaces, and blue shutters. When Noah bought it, it was a real fixer-upper, but today, it would rent for $12,000 per month. For filming, they started with a nice house, then distressed it for the earlier shots.

Located at Westlake Avenue North on Lake Union, Sam’s 2,200-square-foot Seattle houseboat would cost $9,500 per month to rent. It’s conveniently close to the University of Washington and Pike Place Market and features four bedrooms and two baths, plus a lakeside dock. One of the bedrooms was converted into Sam’s office for his architecture business, while the first floor has an open-concept floor plan for easy entertaining.

While You Were Sleeping

Lucy’s cramped second-floor apartment at 3017 West Logan Boulevard would be $1,195 per month, while the suburban house of the Callaghan family, at 203 8th Avenue in La Grange, Illinois, costs $5,000 per month. Built in 1904, the house has seven bedrooms, two and a half bathrooms, and measures 4,000 square feet.

Does Peter’s high-rise apartment look familiar? It was also the filming location for Meet the Parents and The Lake House. It’s located in the 70-floor Lake Point Tower at 505 North Lake Shore Drive, which has valet parking, indoor and outdoor pools, and a health club. The rent is $2,800 per month.