the best movies to watch on valentine's day. 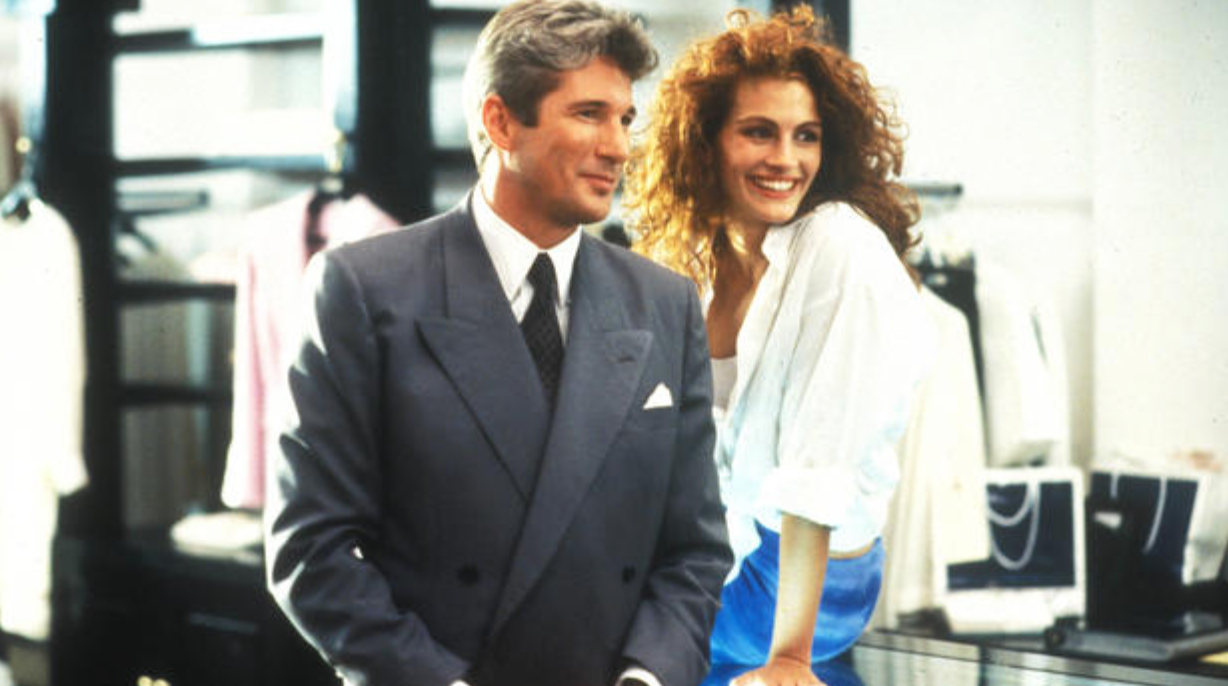 There is so much to love about this film—the chemistry, the dreamy period clothing, the elaborate dialogue, the decor, those elegant family meals… Beautiful scenery shot on location in real-life English countryside homes also provides a particular brand of 17th century charm that simply can’t be rivaled by modern film settings.

A classic for a reason, there’s no denying the chemistry between Richard Gere and Julia Roberts as an unlikely match in this romantic fave. It has it all—comedy, romance, drama, sex appeal—and we’ll never forget Roberts returning to let those Rodeo Drive shopkeepers know all about about their ‘big mistake.’ Big. Huge.

Even if you’re not an Adam Sandler fan, give this film a chance. In a role that’s completely different from his usual schtick, Sandler is warm, vulnerable, and well, likeable. His chemistry with Barrymore feels natural and genuine, and the plot is sweet with a side of 80’s-flavored comedy.

for a rom-com with southern charm: sweet home alabama

Yes, it has a predictable plot and (at times) cheesy cliched deep-south comedy—but we love it anyway. It’s fun and heartwarming with a happy ending, and who doesn’t love that?

for rom-com romance with a british accent: bridget jones’s diary

There is something about Bridget’s fumbling, spastic, nothing-goes-right lot in life that we can all relate to, and keeps us watching (and laughing, too).  If only we could all be magnets for two attractive, financially stable, handsomely employed (hot!) British men. Sigh…

Ok, so it doesn’t exactly have a happy ending, and you will absolutely need that entire box of tissues to make it through, but Ghost will always be a classic romantic go-to.

for tragic romance with amazing scenery: the english patient

Another movie that ends somewhat tragically, this epic novel turned Oscar-winning film is beautiful, romantic, and over-the-top dramatic. The scenery is also breathtaking, as the film was shot on location in Tunisia and Italy. Combine all of this with a touch of history and a gripping plot, and you have a serious Valentine’s Day contender.

No romantic movie compilation would be complete without Romeo and Juliet, and the cinematic genius of Baz Luhrmann’s version is unique and unrivaled. Everything about this film is epic and energetic—from the modern soundtrack to the explosive neon-lit scenery of fictional Verona Beach. Bottom line: If you haven’t seen this version, move it to the top of your list this Valentine’s Day.

for romance, disney-style: up

For animation, this film is surprisingly touching and may even require a tissue or two. Watching the lovably cantankerous old Carl reminisce about his late wife Ellie tugs at the heartstrings—but never fear—there is plenty of charming comic relief in the form of young Russell to save the day (and elicit ear-to-ear smiles).

This film is a classic, period, end of story. If you’ve never seen it, do so ASAP. ‘Nuff said.

for a romantic film that has it all: notting hill

This film is the full package—charming British appeal, comic relief, celebrity drama, and a seriously happy ending. The tug-of-war chemistry between Julia Roberts and Hugh Grant is engaging and keeps you (happily) glued to the end.

for ‘just for fun’ romance: made of honor

There’s nothing particularly believable about this move, and parts are over-the-top cheesy, but you just can’t help but fall in love with its fun, drama-free feel and that inevitable happy ending. (In Scotland!) Love that.

for romance with (you guessed it) dancing: dirty dancing

Again, there is nothing about this movie that rings true to reality, but does that even really matter? Our vote is NO. It’s Valentine’s Day, and you know you love this movie, so go ahead and watch to your heart’s content.

for charming vintage romance: that touch of mink

While this film is a classic, it’s not on the same rung as Casablanca, so chances are that you’ve never seen it. Use this Valentine’s Day as an excuse to see something new, and start with this over-the-top charming flick, complete with adorable mid-century fashions, an automat diner, and innocent 1960’s romance with an all-star cast. It’s a must see.

for romance that no list would be complete without: the notebook

It’s a simple as that. No Valentine’s Day watchlist would be complete without The Notebook, so here ya go. You’re welcome.