Finding the right fabric was key. 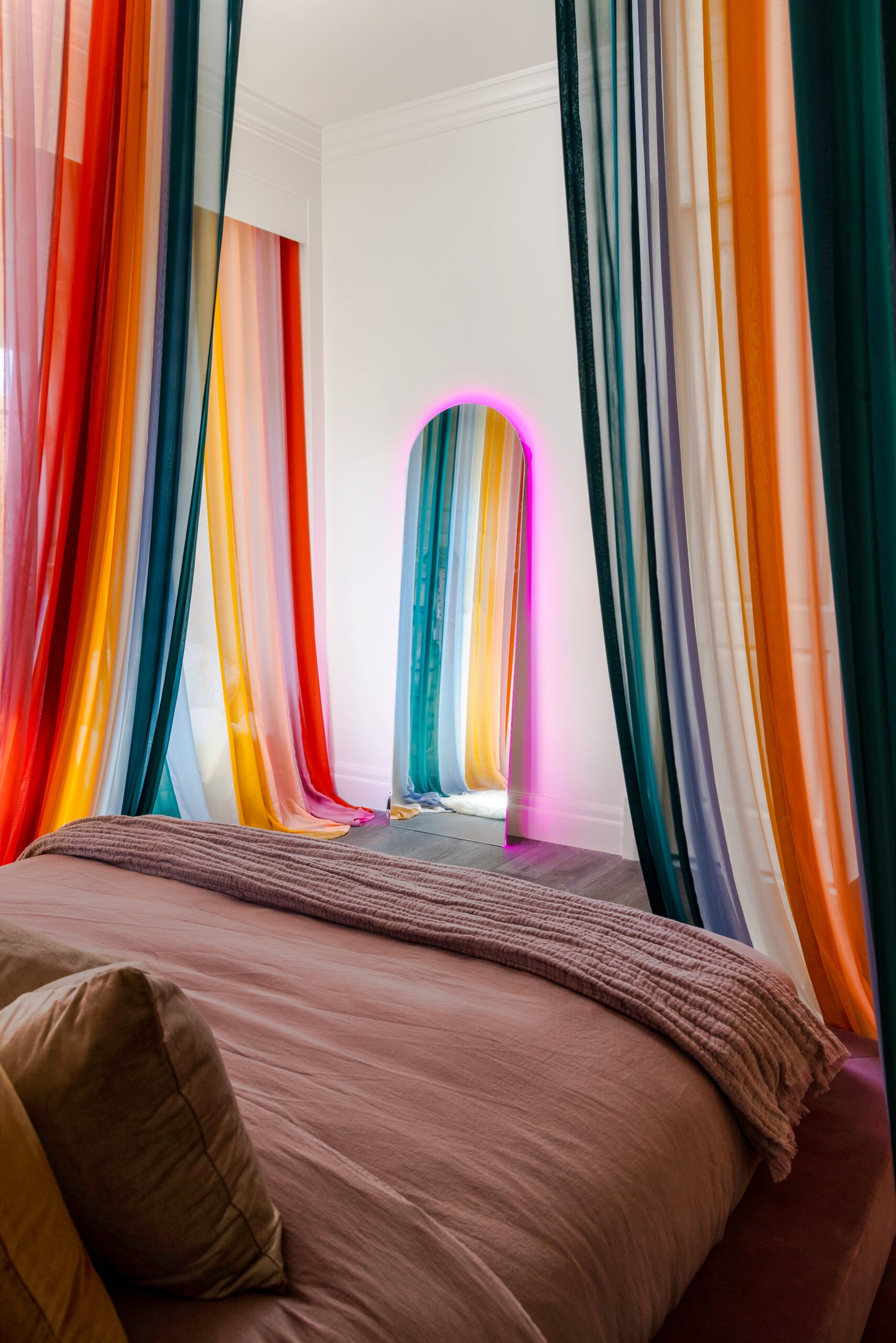 When Jess Diab’s clients told her they wanted their then 8-year-old daughter, Mila, to have a princess bed, the Los Angeles–based designer didn’t picture the traditional frilly pink baldachin. Instead her mind immediately went to the slumber-party scene in Spice World, in which British girl group the Spice Girls lounge on a raised bed under a canopy of colorful sheer fabric. “The morning after a sleepover with your five best girlfriends, sitting in bed and chatting, is such a vibe,” says Diab. At the time, it was just what Mila needed, having recently started at a new school when she and her family moved to Scottsdale, Arizona, from L.A.

While Diab has found that most kids don’t care about being involved in their bedroom designs, this was a different story. “She’s very mature for her age,” says Diab. “She requested a meeting and told us she wanted some pictures of her family, a place to meditate, etc.” Mila—who was set on having a rainbow scheme (hence Diab’s Spice World inspiration)—even created a rendering with colored pencils for the designer to keep on file. “Fostering a child’s imagination is super-important to me,” explains Diab. “And maybe I was also designing for my inner child.” Ahead, she shares how she brought the Spice Girls–themed picture to life.

The designer referenced a vintage Salvatore Ferragamo sandal she had stumbled upon on MatchesFashion.com to figure out what shades would look good together. After popping by multiple textile vendors in downtown L.A., Diab and her team collected seven different colored (and relatively inexpensive) fabrics in total, focusing on semitransparent materials. “I knew her mom would still want to see her daughter when she opened the door, plus Mila likes to read, and the closest light come from the bedside lamps,” explains Diab.

With the help of custom window-treatments brand Everhem, Diab had all the panels sewn together. The curtains hang from a well-oiled track on the ceiling, so they glide with ease when Mila pulls the 3-foot-long wands to open and close the canopy. At Diab’s request, the contractor applied molding around the hardware to disguise the unsightly metal mechanism.

Of course, what is a sleepover without a little dress-up? The designer created a matching set of rainbow sheers to frame a nearby niche in the corner of the bedroom where Mila has a mirror. That way she can always feel like royalty—even when she’s not in bed.