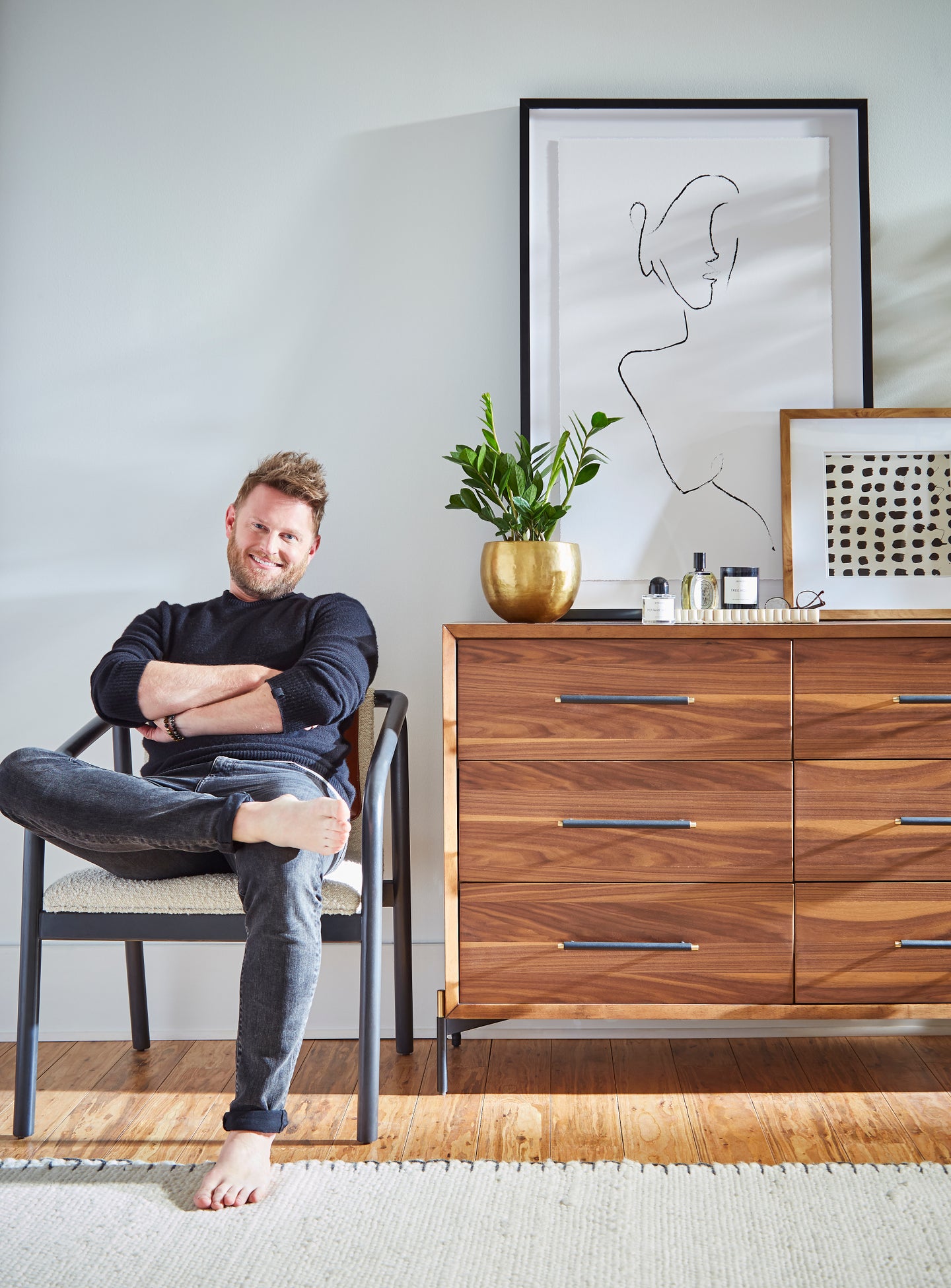 There’s a lot you can do with four walls, Queer Eye’s Bobby Berk recently reminded us. During episode seven of season four, “Soldier Returns Home,” we watched the designer turn veteran Brandonn Mixon’s family home into a relaxing oasis. After patching up a few unfinished drywall projects in the living room, Berk transformed the turquoise-colored (!) master bedroom—and he took advantage of every inch of vertical space in the process.

“The problem you run into with homes that are built in big developments like this is that a lot of them don’t have any architectural interest,” Berk tells us. “So I decided to add some.”

The fix was a fairly simple (and inexpensive) one: shiplap, and lots of it. Berk created a nook for the bed by flanking either side of it with hollow boxes made from 2-by-4s and wrapping them in grooved planks. “Shiplap is easy to work with—it’s not like doing a drywall box. You just need a saw, hammer, and nails,” says the designer. By incorporating electrical into the interior framework, he was then able to mount wall sconces above the nightstands.

The shiplap was only the beginning. The real kicker is what Berk decided to do in between the two structural additions. A moody navy accent wall, illuminated by LED lights that live behind a raw wood headboard, creates the illusion that the recess goes on and on (a pretty clever trick when you consider that the shiplap boxes in the corners actually soak up square footage).

Our imaginations are already running wild with ideas for how to bring this accent wall home: What if you installed some wallpaper in the alcove? Floating shelves? A bunch of hanging plants? The possibilities are endless.

See more stories like this:  These Are the Best 9 Before-and-After Transformations We’ve Seen Shiplap Lives on in This Fresh New York Farmhouse Reno Bobby Berk Shares a Sneak Peek of His Latest Before and After