Add These Tips from Queer Eye to Your Morning Routine

Primping tricks to steal from the new epic season. 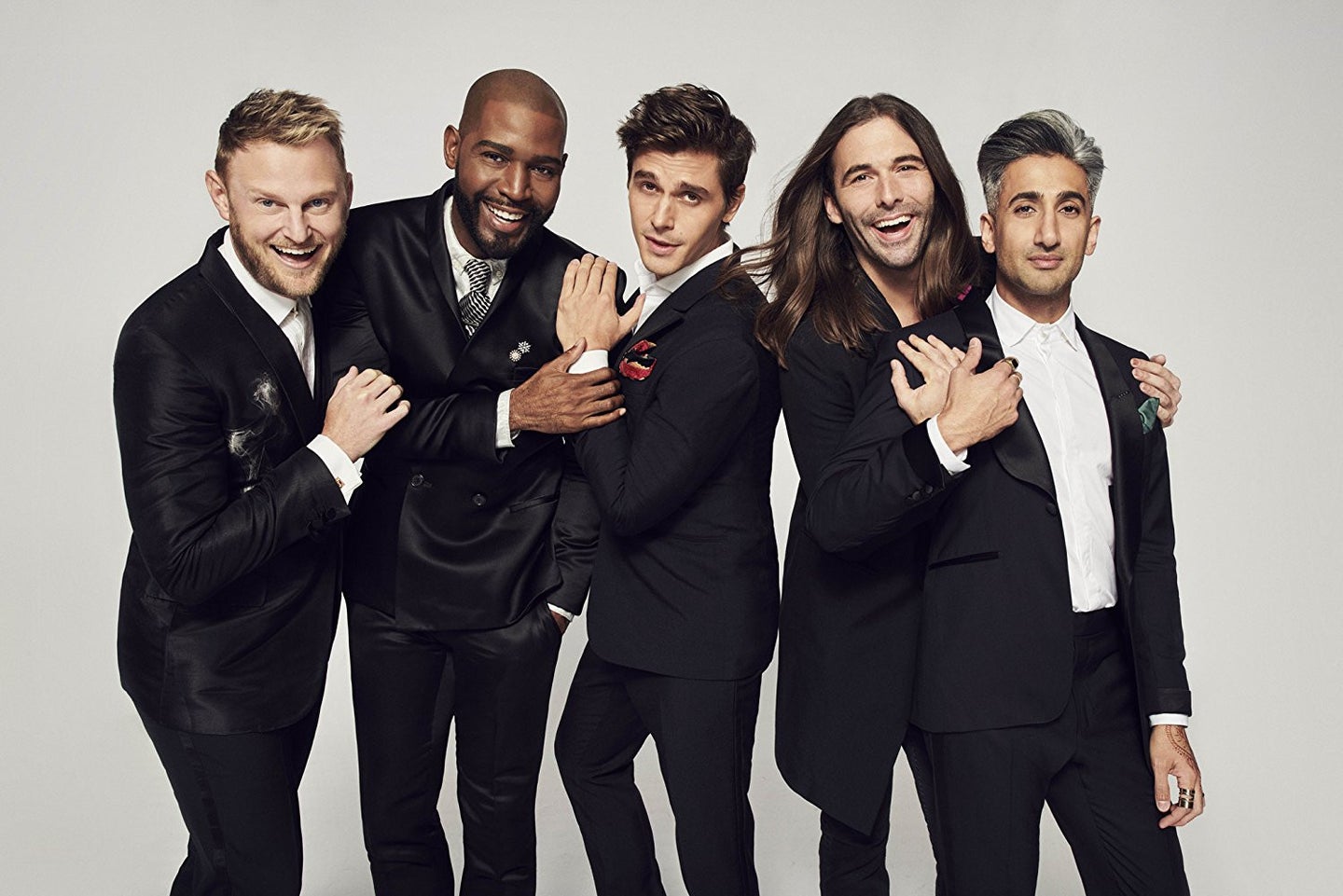 We’re a little over a week since the second season of Queer Eye went live on Netflix. The pride of our nation, The Fab 5, have a whole new gang of seven guys, and one lovely lady, to make over with this whole new season. As you probably know from binge watching it in one sitting, the genuine sincerity of those five hosts and the transformations is nothing short of heartwarming. But the show isn’t just for entertainment—it’s got some some real and tangible entertaining, design, food (or at least Antoni is adorable to look at!), and beauty tips—Jonathan Van Ness, especially, has blown me away with his advice this season.

Sometimes a beauty tip can uncover something deeper, as explained by Jonathan: “Sometimes when people are having trouble shifting on the inside, it helps to really shift them on the outside. When you change your look and you see yourself a different way, it can inspire you to work a bit harder because you are feeling yourself.”

In episode three with Leo, the married bartender and dad of two, Jonathan showcases his love of DIY face masks. JVN grinds oats in a food processor to make them a finer texture, then he adds Manuka honey, as it’s much more healing than traditional honey. Mix the two and massage on your skin. The oats act as a gentle exfoliant while massaging the mix onto the face, too. Leave on for 10-15 minutes and thoroughly rinse off.

In episode four, with Jason, the Atlanta handyman who loves Burning Man, we learn a little quick tip for those lucky few out there with curly hair. “Curly-haired people need a bit of moisture in the hair or it just gets a little frizzy.” So, JVN recommends adding a thickening grooming cream, or any type of controlling cream, to wet hair. You massage a teeny bit into the hair to add control, and then don’t mess with the curls any more, the more you touch curly hair, the faster it will frizz.

In episode six, with Ari, budget was key. With cost in mind, JVN recommends grabbing things from the natural grocery store for your skincare routine, like, agave nectar. Massage a teeny amount onto your face, and leave it on for 15 minutes for a calming, hydrating treatment.

Step Away From The Shampoo

In that same iconic Ari episode, we learn that JNV thinks that most people do not have to wash their hair every day. (Psst: Christophe Robin thinks so, too.) In fact, he discourages from washing every day, as it can dry out your tresses. He likens it to him washing his t-shirt everyday, saying it’d be broken down if he did so, so how is hair any different? Instead, use a blowdryer to help smooth out any frizz.

For handsome Mayor Ted of Clarkston, JVN gave some pretty epic tips about shaving. A shaving cream with spearmint in it can help to lift up the hairs so they are standing upright more, making it easier to get a closer shave. Also, make sure you use a razor with blades very, very close to one another, too, because it reduces the friction or catching of skin. Then, when you’re done shaving, splash with cold water, to calm down skin.

Netflix, can you give us season three of Queer Eye already? Like, next week? We’ve already binged season two and need more Fab Five, ASAP.

When Bobby Berk Talks Queer Eye Season 2, You Listen Here’s How You Can Star in the Next Season of ‘Trading Spaces’ A Definitive Guide to the Best Design Shows on TV