The lowdown on the surprisingly low-key plant. 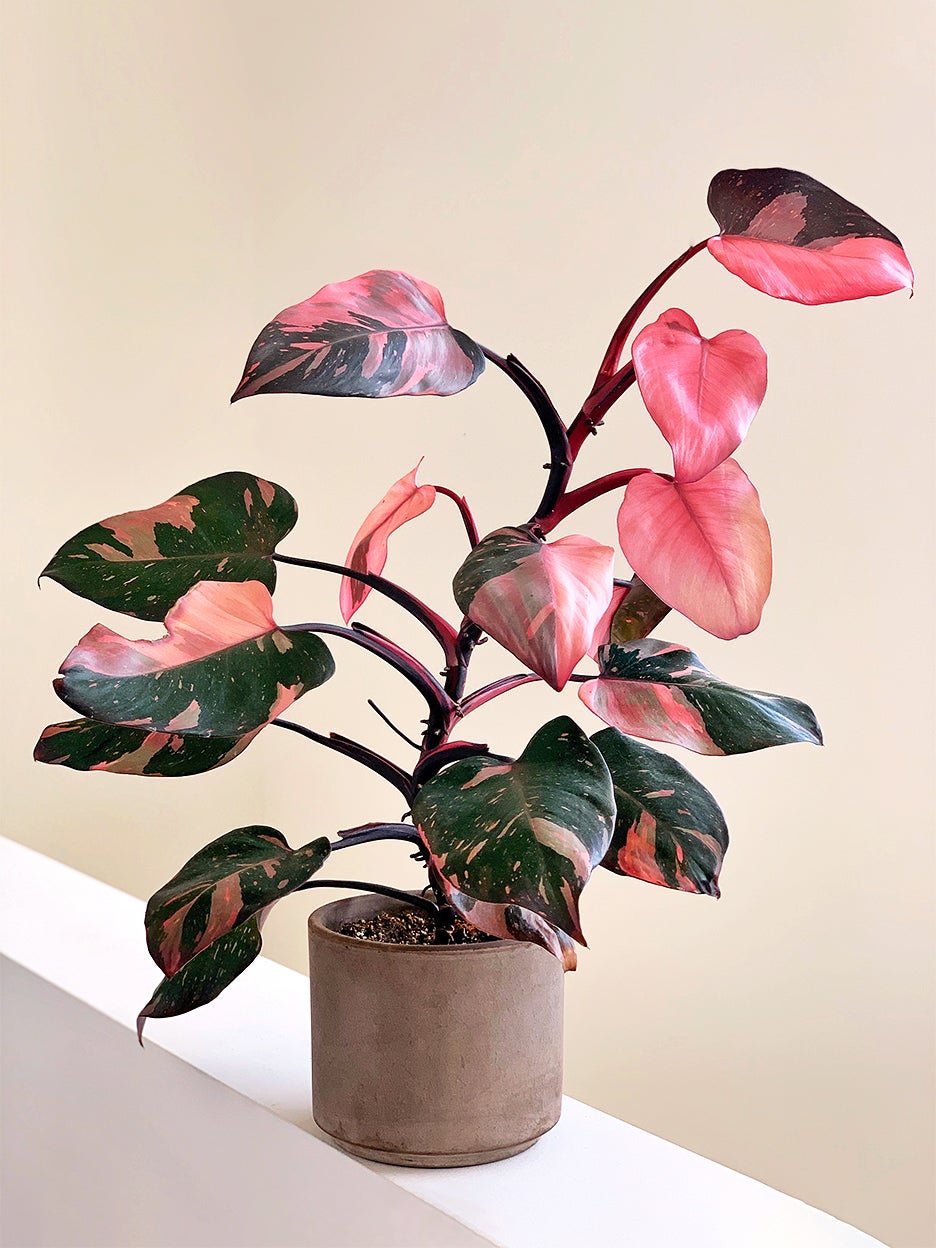 When it comes to their collections, the mentality of plantfluencers isn’t all that different from that of a fictional Pokémon trainer: They’ve gotta catch them all. Some are easy to find—your standard golden pothos, for example—but others are far more difficult to come by. Case in point: the pink princess philodendron.

There’s a good reason why this species has been elevated to a status symbol in the plant world, as Kristin McLaughlin, founder of the plant business Soft Opening, explains. You can’t grow a pink princess philodendron by seed or by propagation like you might any other plant. You need a lab.

How are they grown?

“All the pink princess philodendrons we see on the market are grown from tissue culture, which is pretty scientific,” says McLaughlin. Each plant has its level of pinkness embedded in its DNA—but you never know how pink it’s actually going to turn out once it’s grown. When a grower decides to grow a batch of pink princesses, a good portion of them—at least a quarter to a third—won’t end up showing any visible signs of pinkness, thus making them nearly impossible to sell.

How can you get one?

Because so many of their pink princess philodendrons end up unsellable, growers have to increase the price on the ones that do come out pink. “For some context, the average wholesale plant sold in a 2-inch planter costs around $3,” says McLaughlin. “The same size pink princess philodendrons are closer to $35.” Keep in mind that a seller will likely grow that plant until it’s a bit bigger before they sell it, and you end up with one that costs about $100.

It is possible to find a pink princess philodendron on Etsy (for prices nearly five times that), but McLaughlin warns against ordering a plant that expensive on reselling sites; it might get damaged during shipping. Your best option is to find a nursery, a local seller, or an experienced grower like Steve’s Leaves. Just keep in mind that because this plant is so rare, it often requires spending some time on a waiting list to get one in your hands.

How do you take care of it?

The good news: For all the hassle it takes to get a pink princess philodendron, it’s actually quite easy to care for. Keep it in bright or medium ambient light and water it about once a week or whenever its soil appears dry. It grows quickly, too—McLaughlin’s own philodendron pushes out a new leaf every two weeks.

The one thing you should be mindful of is that those pink leaves are way less resilient than their green counterparts. Because they don’t contain chlorophyll, they don’t work to provide the plant with food. So they’re far more likely to die off, and not necessarily through any fault of your own. Just be patient, and soon enough another burst of pink will (hopefully) appear. “It’s all about patience,” notes McLaughlin.

More stories like this: When It Comes to Easy-Upkeep Greenery, Air Plants Win Why Does No One Talk About This Important Plant-Care Trick? How to Care for a Monstera—Even If You’re Not a Plant Pro

This story was originally published in August 2020. It has since been updated.