This Is How You Get More Plants for Free 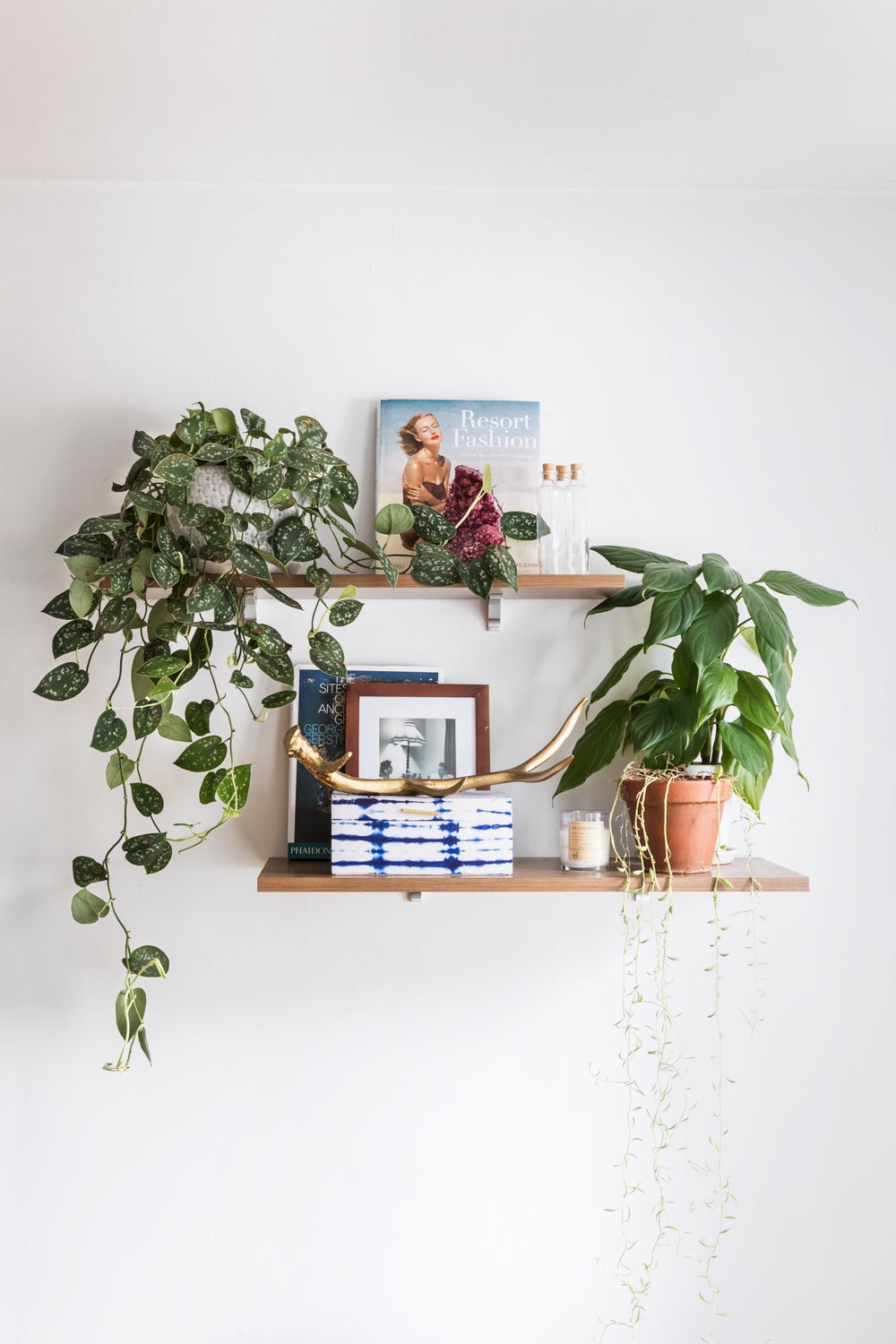 There’s something a bit mad scientist–y about it all: Approaching your beloved pothos, gently combing through its strands until you find the right spot on its stem, ever-so gently cutting it off, and placing it in a water-filled vessel. After sitting for a couple days (or up to a week or two), the cutting will sprout roots of its own and you’ll be able to plant it in its own soil. Congratulations, you’ve just cloned something.

Well, technically speaking, you’ve propagated your plant. It’s a green thumb’s favorite trick for doubling, even tripling the amount of greenery in your home, and all it really takes is patience. Here’s how you can try plant propagation for yourself.

What can you propagate?

Pretty much any healthy plant is a good candidate, but the ones you’ll have the easiest time with are vine-y, trailing varieties like pothos and philodendrons, which you’ll see have clear nodes (aka “a little start of a root along the vine of the plant, where it diverges into two parts of the stem,” says Kristin McLaughlin, owner of Soft Opening, a bespoke plant service in New York City) to snip for clippings. Basically, with just one node, you can clone an entire monstera.

Psst: Even if a beloved plant isn’t faring so well, you can attempt to propagate it—in fact, that’s probably your best bet. Cut off the most viable part so “the plant can live on and you don’t feel like a total failure,” says McLaughlin.

How do you do it?

You’ll want to “race to root before you rot,” according to McLaughlin. Put the cutting in water until it sprouts roots (for a vine plant, one and a half to two inches is a great root length) and then plant it in soil, which you’ll want to keep very moist for the first week or two, to transition the cutting “from water world into the real world.”

The time for roots to come out varies from plant to plant. For a pothos, it might take a few days, while a snake plant will need six months to a year.

So how do you avoid rot? Keep your cutting in clean water, changing it before it evaporates and gets funky. (Although a pothos cutting can stay in water indefinitely, so you won’t have that problem with it—but always make sure it has enough water to stay alive.) For plants that are taking their sweet time to root, a bit of rooting hormone (which comes in a powder form and can be applied directly to the bottom of the cutting) can speed up the process.

Any plants you should stay away from?

It’s all about trial and error. “I look down at the floor after I unpack a bunch of plants, and I’ll pick up every single piece of a plant and put them in water to see which ones take and which ones don’t,” says McLaughlin. “It’s an experiment; if it doesn’t work one time, try it again a different way the next time.”

With just a nice collection of jars (McLaughlin saves any she can get her hands on), a few snippets of greenery (there’s a whole sub-Reddit on “proplifting”—the act of scrounging leaves from garden centers or markets), and a good attitude, you can bring a whole new plant into the world. Ah, the miracle of life.

See more stories like this:  Is This the Next Monstera? How to Make This Tropical Plant Thrive How to Care for Succulents (and Other Low-Key Plants) Expert Tips and Tricks on the Trendiest Trailing Plants