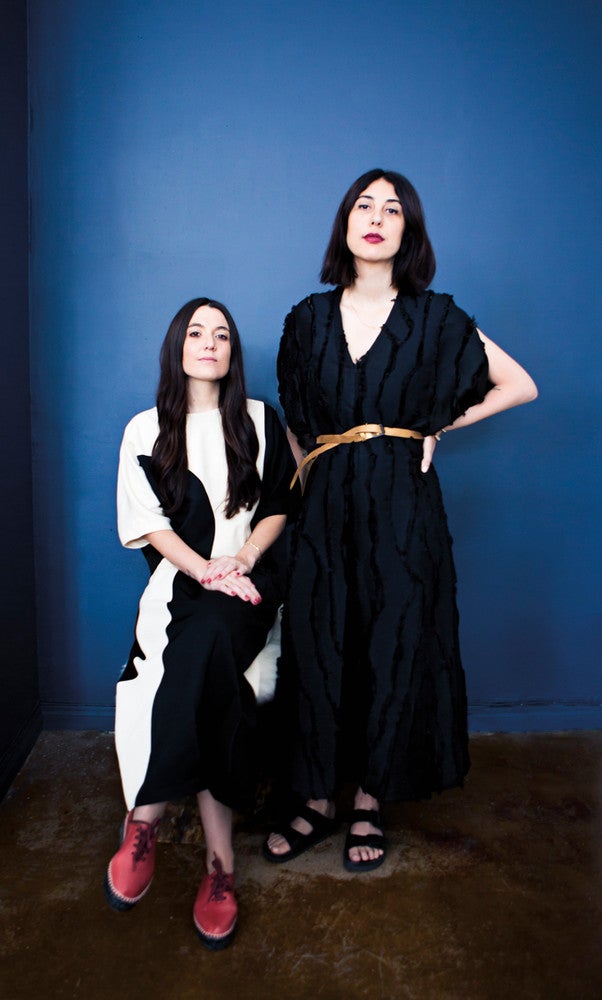 Launched in 2010 by Natalie Shirinian, NES has grown with the help of music industry vet Elizabeth Baudouin to represent design’s most in-demand brands, like lighting and furniture studio Apparatus and the Brooklyn-based Workstead. The couple regularly hosts salon-style nights for creative visionaries at their loft in New York’s Tribeca neighborhood, and collaborations continue to develop from their network.

The duo connected jewelry designers Yolande Batteau and Randi Mates for a collection that has since been picked up by the Metropolitan Museum of Art’s store. This past spring, Shirinian and Baudouin joined forces with Egg Collective on the Designing Women show that brought together a number of female artists and designers.

So it was only a matter of time before NES Films was born. Their first feature, Interior Motives, premieres this fall and explores how the home design and fashion worlds collide—including interviews with interior designer Miles Redd and Rick Owens’s wife and creative muse Michele Lamy. “I wanted to talk about the crossover and connections between the two industries. It’s a really great mix of perspectives,” says Shirinian, who has a background in film and public relations.

Always pushing the envelope, NES has more projects on the horizon. In the coming year, Shirinian and Baudouin plan to launch NES Fund, an organization providing support to children pursuing projects in the arts. (Screenings of the film will also benefit the cause.) “We’re about being a community of creatives where everyone can come together and inspire each other,” says Baudouin.

Here are a few of our favorite fall pieces from NES-represented brands.

Above, the Lodge Sconce ($750) is part of Workstead’s newest lighting collection, which references minimalist Danish design. This piece swivels 360 degrees, allowing for vertical or horizontal orientation.

Crafted from velvet, brass, and horse hair (with six different shades available), Konekt Furniture’s Thing Stools are at once wild and refined.

Featuring a brass base an slip-cast fluted porcelain shade, Apparatus’s chic take on the lantern is both delicate and austere.

Get more design inspiration from the Fall 2017 issue: