Its relative isolation played into the design. 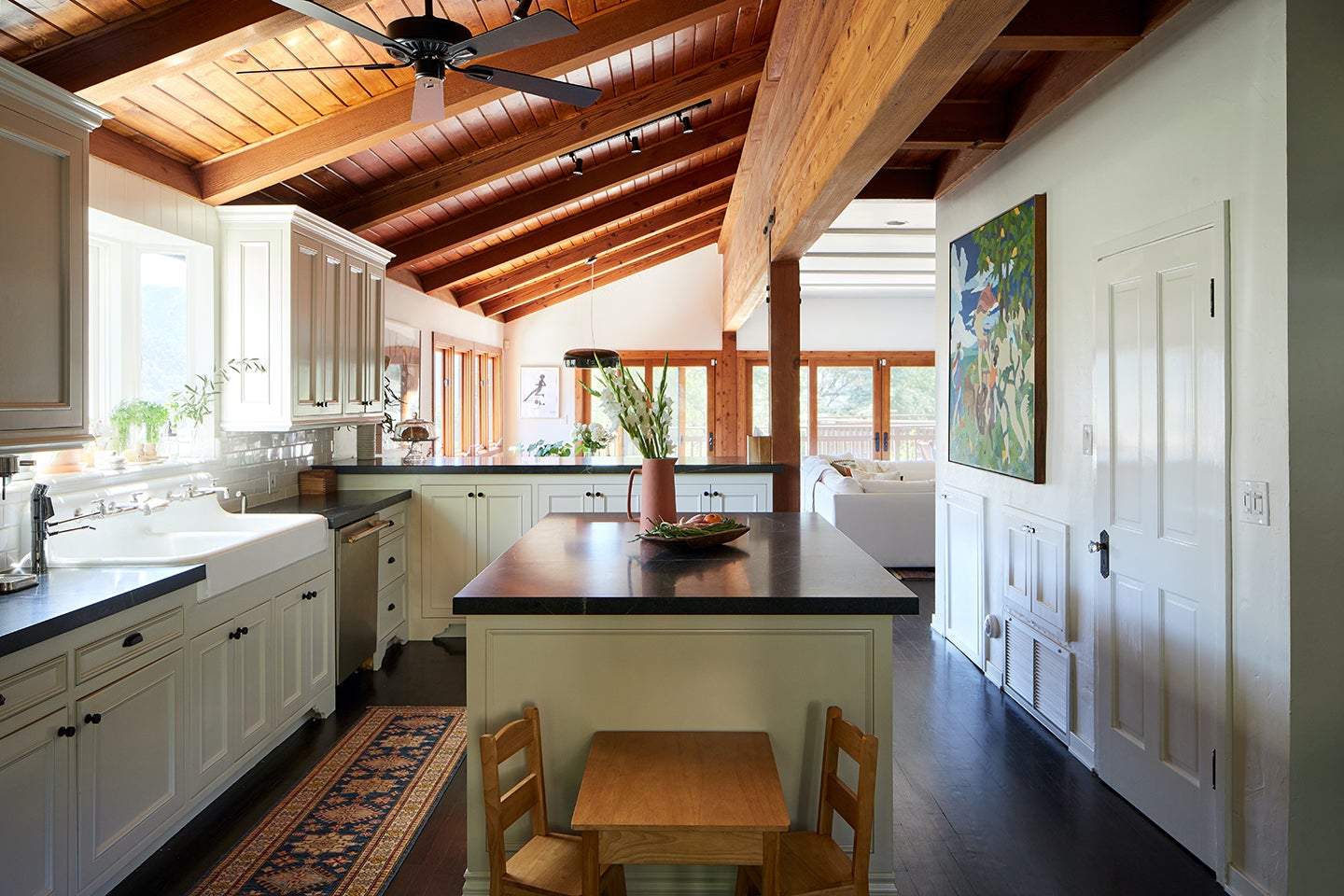 When Morrow Soft Goods founder Michelle Toney first came across her Malibu Canyon cabin online, she was just browsing. She had just recently finished designing her previous home, so moving was definitely not in the cards. However, when it was still listed months later, Toney’s husband booked a tour without telling her. “The second we got out of the car we were enamored,” recalls Toney. She knew she would regret it if this property tucked away in the woods slipped through her fingers.

Toney studied architecture in grad school, and knows a thing or two about structural soundness. What ultimately sold her on the spontaneous move was the fact that they wouldn’t have to renovate anything major in the 1970s build. She could focus on minor cosmetic changes like new bathroom tile and painting the kitchen cabinets.

The house is isolated for Los Angeles suburbs standards—it feels like a mountainside retreat—an element Toney wanted to play into. The new place has almost the exact same square footage and layout of their old digs, but one size does not fit all. It was important to Toney to respect the information right in front of her.

The couple focused on the forest outside their windows, which is what drew them to the property, so the primary bathroom is more minimal in nature, with marble covering the entire area from the shower to the vanity countertops. The downstairs bathroom is a bit more playful to avoid any chance of stuffiness. Toney used a red-and-blue checkerboard patterned tile across the floors, which pulls colors from the artwork above the toilet. In the kitchen, an island anchors the once vacant spot, framed by matching new cabinetry.

As self-described Artsy addicts, Toney and her husband are constantly browsing and bookmarking works on the online marketplace. So much so that the couple implemented an art budget from the start. “Then it feels freeing to do something with that money rather than having it feel like an indulgence,” she explains. “Art is one of the only things you fall in love with before buying, so we treat it as something special.” They commissioned a pair of paintings to hang on either side of the fireplace in the old house, but having moved before they were able to install it, the couple lucked out when the scenic works fit perfectly in the new living room.

But despite being filled with colorful paintings and prints, the white walls still felt stark against the whitewashed ceilings. Unable to remove the paint from the original wood beams and paneling, Toney covered wood with more wood. “I know it’s kind of silly, but it helps bring out the warmth of the cabin,” she says.

Knowing the majority of their first months in the new place would be spent indoors due to lockdown restrictions, coziness was key. A navy kaleidoscopic floral wallpaper in the primary bedroom draws the eye back toward the view, while a revolving door of throw pillows on the living room’s massive sectional makes it easy to switch up textures as the weather shifts (linen in the summer; knits in the winter). Their 3-year-old son’s space, however, is a constant—always dressed in golden yellows, with playful primary color accents that encourage his budding personality.

By not prescribing to the trend of the moment, Toney has learned to follow her instincts. “I fall in love with things and then trust that it will work in the space,” she explains. “I never want to abandon the things I love.” 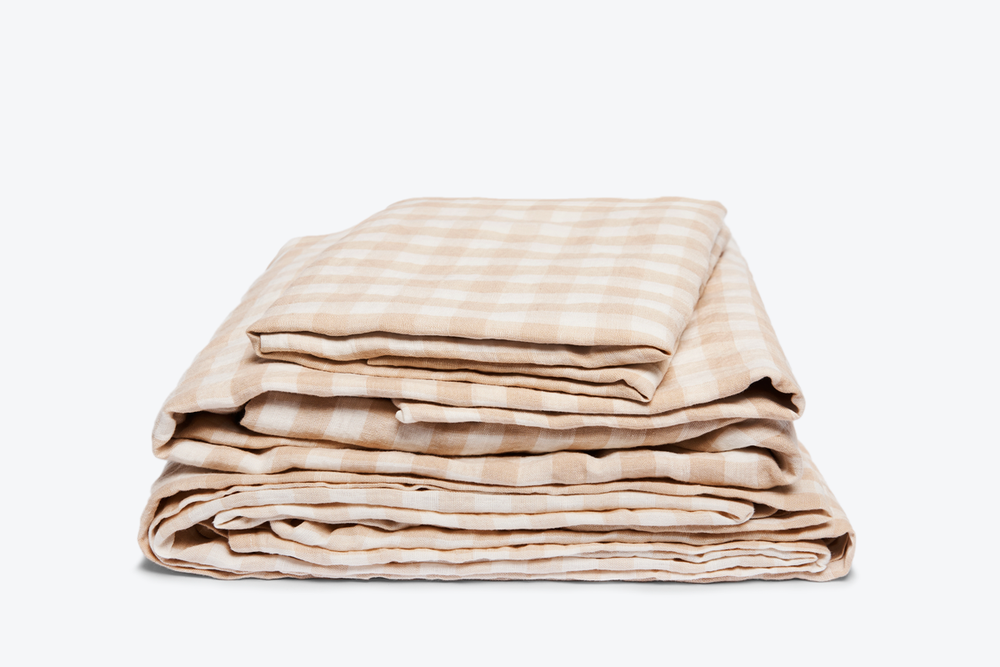 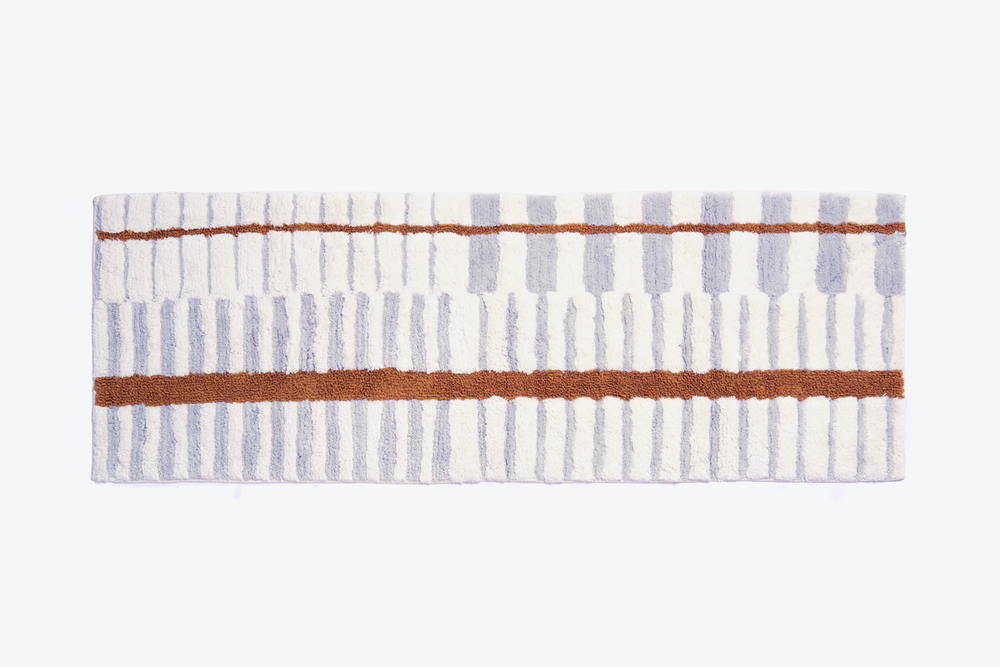 Go-to local vintage shop: PopUp Home. It has a huge selection and just expanded as well.
Favorite neighborhood home store: Lawson Fenning in L.A. has a wonderful mix. I find the curation always so sharp and tasteful but not inaccessible or rarefied.
Trusted source for plants: Fig Earth Supply is a local shop in our old neighborhood that I still visit every time I’m back in the area. It has a great selection of seasonal plants, and the staff is very helpful.
Bookmarked decor site: This one is tricky. I feel like any and all of them! I like The Expert and Pinterest for inspiration.