An Entirely Self-Powered House (With a Secret Garden!) in Melbourne

Designed around a trio of trees. 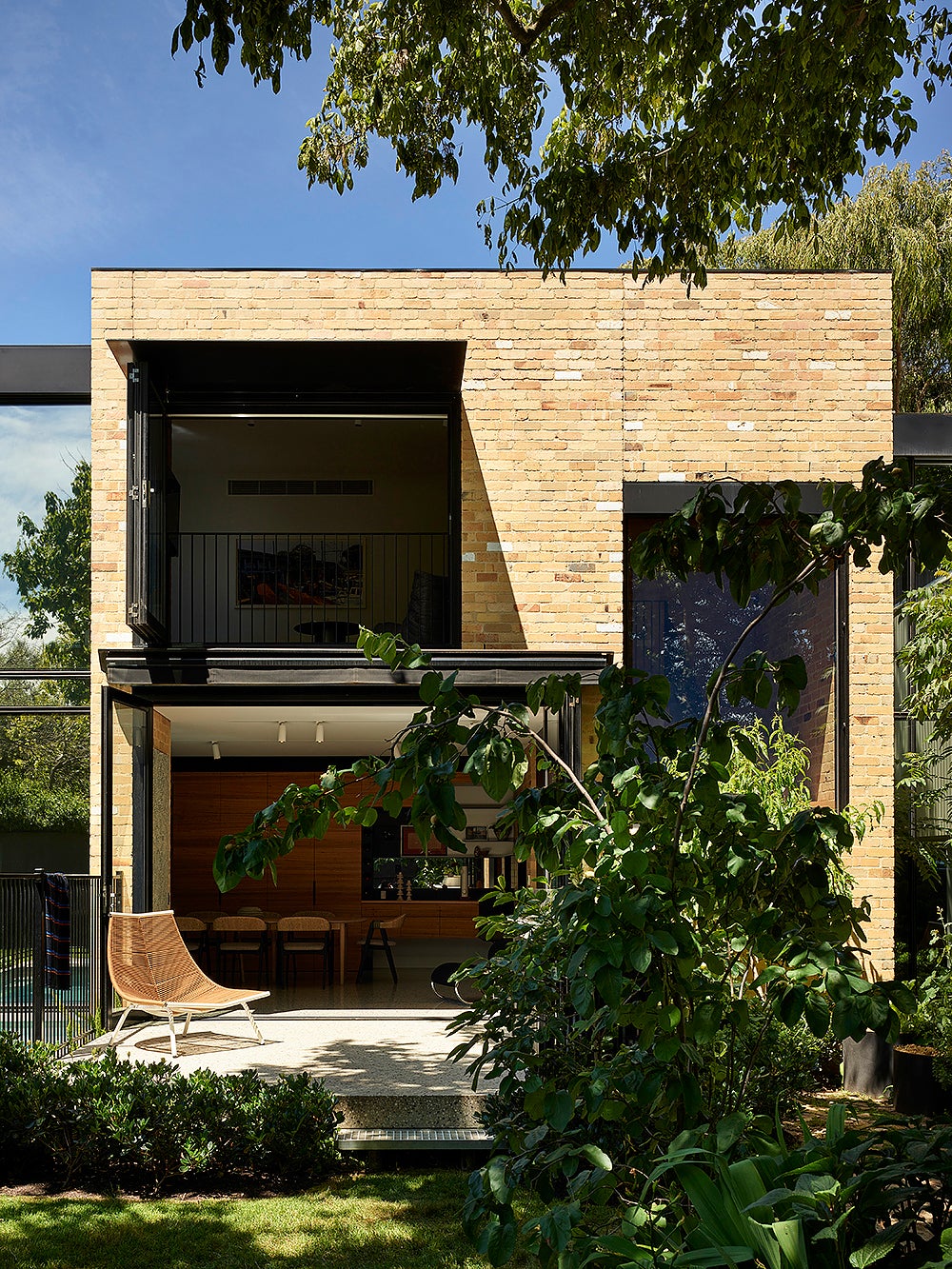 The family had officially outgrown their Darwin, Australia, cottage. Four had become five, making the space cramped on a regular day, not to mention when up to 30 relatives and friends stopped by for weekend gatherings. A move was in order, but not just any place would do for the couple, a doctor and an IT specialist, and their three kids. Increasingly committed to eco-conscious living over the years, they had a specific vision: a home built of durable, environmentally friendly materials, powered by sustainable energy—ideally they’d even have excess to share back to the grid.

From the street, the Melbourne property where they planned to bring their dream to life didn’t seem particularly special—it was dominated by an old cottage with an ’80s extension—but the couple weren’t looking at the buildings. It was the private garden and three mature trees that sold them on the land.

In fact, the entire house was designed to accommodate the towering trees, which the couple hoped to save. Closely collaborating with the family, Andrew Maynard of Austin Maynard Architects, Melbourne-based stylist Simone Haag, and landscape design firm Eckersley Garden Architecture carefully worked around the limbs and roots.

The home is defined by four seemingly separate buildings—one each for the office, kitchen and living room, dining area, and kids’ zone—that face north into the garden, almost invisibly connected via mirrored glass corridors that reflect the verdant scenery. Even inside, an abundance of windows ensures you feel as if you’re outdoors—from a custom banquette, the couple can sit and have a quiet cup of tea overlooking the flora, while a lounge area off the primary space features a folding door that turns it into one big balcony.

Much of the home’s respect for nature, however, is behind the scenes. The house is fossil fuel– and gas-free (the stove is induction); solar panels face east, south, and west; a water tank collects rain for the garden and flushing toilets; and two Tesla batteries store extra energy for cloudy days. Overall, the home generates an impressive 100-watt hours of electricity per day. (As a comparison, Maynard notes, the average Australian home uses 20-watt hours of electricity per day, meaning this place is essentially self-powered.)

Although the property is undeniably high-tech, it doesn’t lack in personal touches. Because Haag was brought onto the project at the outset, the stylist became intimately familiar with what was important to the homeowners. “They wanted pieces that were more about function, family, and feeling versus anything flashy,” she says. The result is a layered scheme of natural materials, like cork and leather (“We generally prefer matte finishes and muted tones rather than gloss or shine,” the couple notes), in a palette pulled from the earthy shades of their art collection.

The family’s previous home base, Darwin (located in the Northern Territory), is the land of the Larrakia people, an Australian Aboriginal nation, and so the couple has always admired indigenous artwork and objects, including baskets from Injalak artists in nearby Gunbalanya and pieces by Tilau Nangala, a painter from the Papunya community, one of which now graces their living room.

A sprawling rust-colored B&B Italia Tufty-Time sofa that can withstand the kids’ gymnastics sits below the large abstract work, but the house’s main gathering spot is the dining room. “The trickiest part of the brief was finding the right table for large-scale gatherings,” says Haag. An extensive search ended with a pairing both the stylist and clients are proud of: Stackable seats with raffia-wrapped backs, selected for their longevity as much as for their texture, ring a slim, extendable oak dining table. According to the homeowners, “A sustainable house can be beautiful, functional, and a pleasure to live in.” 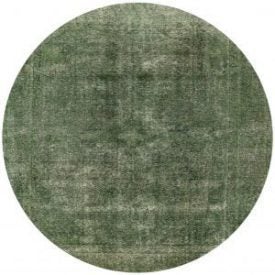 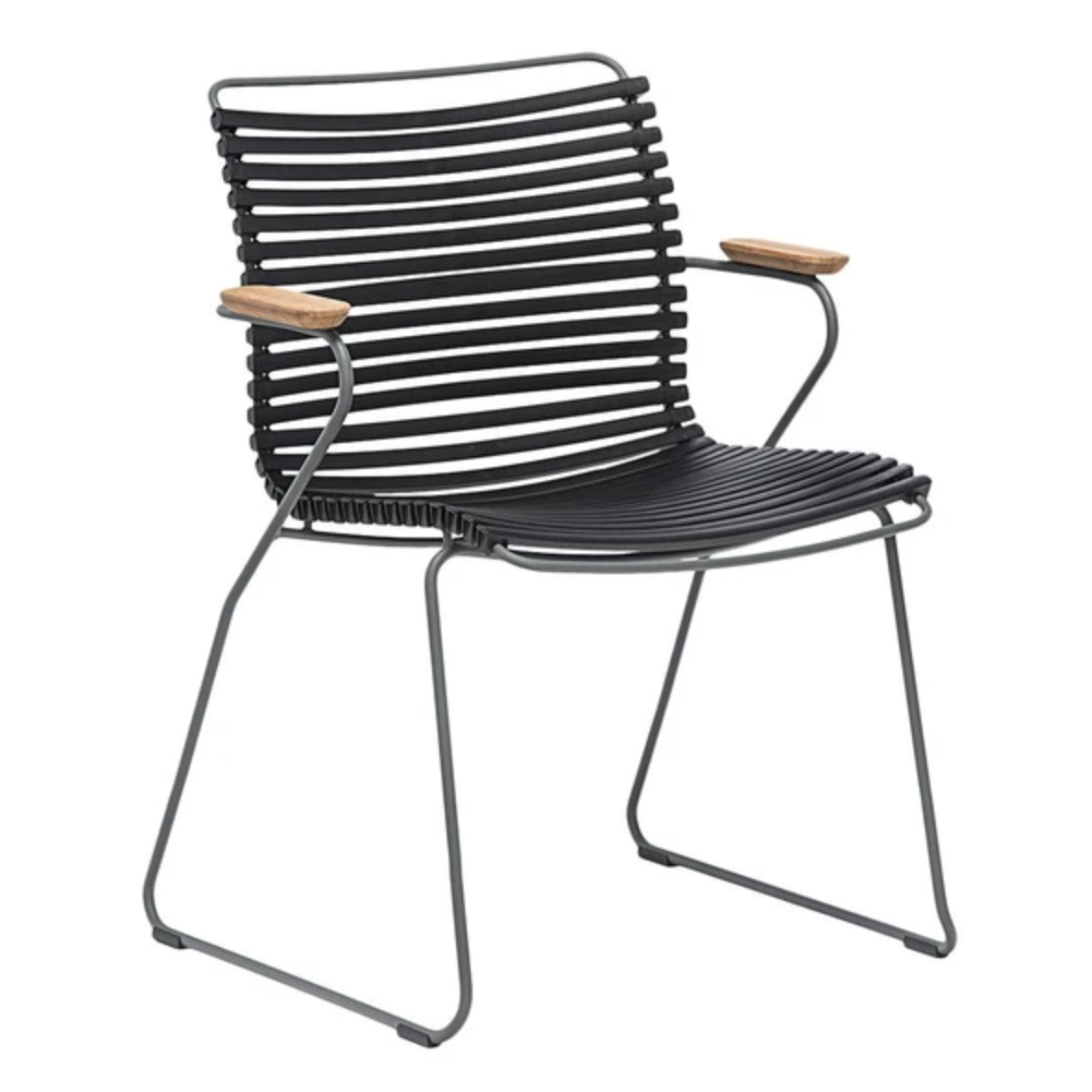 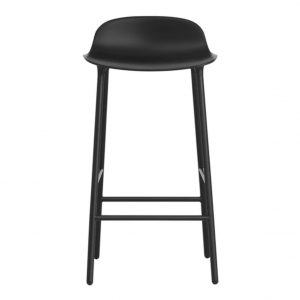 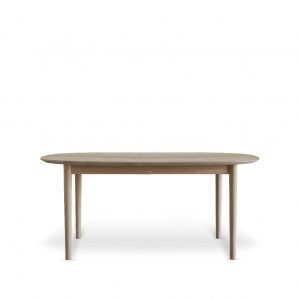 Favorite source for plants: Anyone’s front yard where good greenery is in reach from the footpath.