Two Homes Combined: This Melbourne House Is a Lesson in Smart Space Planning 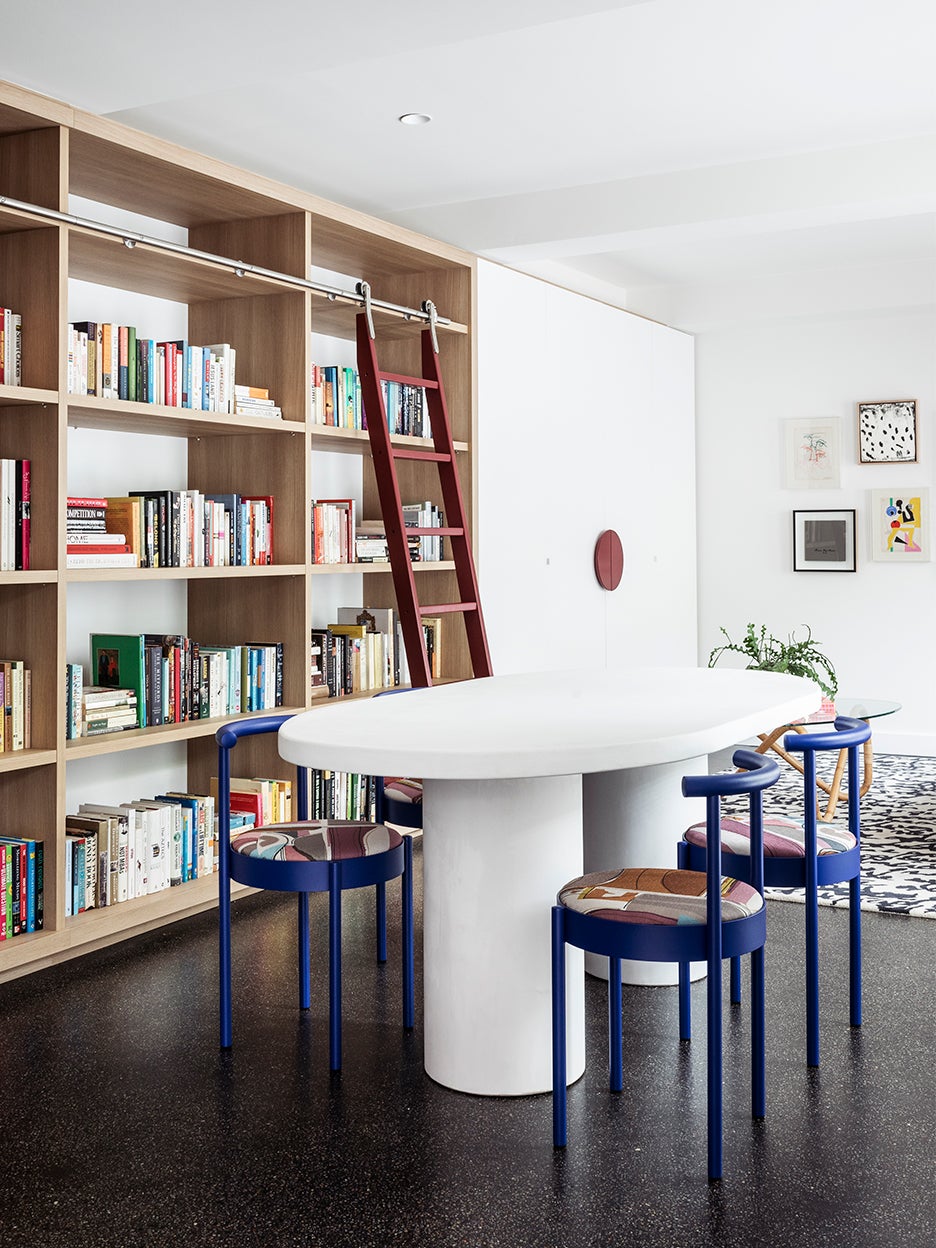 Taiwan-born entrepreneur and yogi Cheryl Mainland has lived in a bucket list–worthy tally of cities: Hong Kong, Los Angeles, Bali, Singapore, London, New York, Boston, Chicago, and Jakarta. So when she prepared for a cross-continental move to Melbourne in 2019 with her three children—Charlotte (7), Aurora (6), and Cobalt (2)—she knew her new home would need to incorporate the eclectic collection of artwork she had picked up along the way.

After viewing more than 35 properties in a little over a week, Mainland fell in love with an unconventional place—two homes that had been converted into a single large one—in the suburb of Armadale. “I loved the house because it was so random,” she says, laughing. There are two inner stairwells and two living rooms. But despite the ample square footage and lush garden, a significant update was in order to bring the house up to speed with her style. With the help of interior design studio Eat.Bathe.Live, Mainland renovated the existing bathrooms, added a primary en suite, polished the concrete floors, and created a dedicated library and office space.

With the remodel behind her, Mainland turned her attention to the matter of incorporating all her beloved souvenirs. A friend living continents away in Portland, Oregon, of all places, insisted she reach out to Melbourne stylist Simone Haag. Even though the two are seemingly opposites—Haag’s style leans more neutral, while Mainland has a deep love of color—“we hit it off immediately,” says Mainland.

Haag’s team quickly worked to decipher Mainland’s vision, which involved no brown and nothing ’70s—and could be summed up as “industrial beach chic.” Melissa Strauch, the senior designer, got the gist: a mix of bright and muted hues, lots of playful silhouettes (not unlike waves), and a hefty dose of natural fibers like sisal.

Two neon Chinese icons by artist Juno Shen, a duo of posters depicting London and California, and a mannequin by Kit Kemp (a replica of one Mainland had seen in the hotel room that served as HQ for her first business) were the jumping-off point for the house’s palette: lilacs, pinks, and turquoise, with a sprinkling of natural tones. The layout of the downstairs living spaces, where the entry points of the two original structures meet, however, didn’t come quite so easily.

“Given that it was a very open space with two sets of stairs, it originally felt like a circulation space to all the other rooms,” explains Strauch. On top of that were two more challenges: The concrete flooring and steel banisters felt cold, and there was already an existing living room, where the family spends most of their time stretching out on a built-in bench.

Strauch made the most of the awkward empty nooks under the staircases by filling them with sculptural storage—a rounded rattan console and hand-painted hanging shoe cabinet, respectively. To balance the room’s warehouse-like bones, Haag’s designers doubled down on cozy textures, from a chair upholstered in a rainbow-hued wool, mohair, and alpaca fabric by Pierre Frey to a seagrass floor cushion and lima bean–shaped wood stools. The low-slung silhouettes make for a less structured, modern take on a conversation pit.

However, the main bedroom is the space the entrepreneur adores most. Strauch tackled its unusual width by designing a custom headboard that stretches from end to end. With its luxurious channel tufting and chunky platform base, the piece provides some much-needed scale and gravitas. Think of it as Mainland’s at-home version of a hotel’s penthouse suite.

No transformation can beat the powder room, though—the walls, ceiling, and even the back of the door are covered in graphic brushstroke wallpaper. Now add pink tile grout, a black-lit mirror, and a rose-toned sink basin. “It was the room that made me (and everyone) the happiest during lockdown,” says Mainland. “For a while my son, Cobalt, couldn’t walk past it without saying, ‘Wow, Mama!’ It really is floor-to-ceiling amazingness.”

“Simone and the team had to incorporate my obsession with colors and clashing prints and my strong opinions,” she goes on. “But to their credit, they managed to create a house that I am truly obsessed with. I’ve lived in many places across many cities, but this is the first time I’ve actually felt that this is home.”