This pro wins at design Tetris. 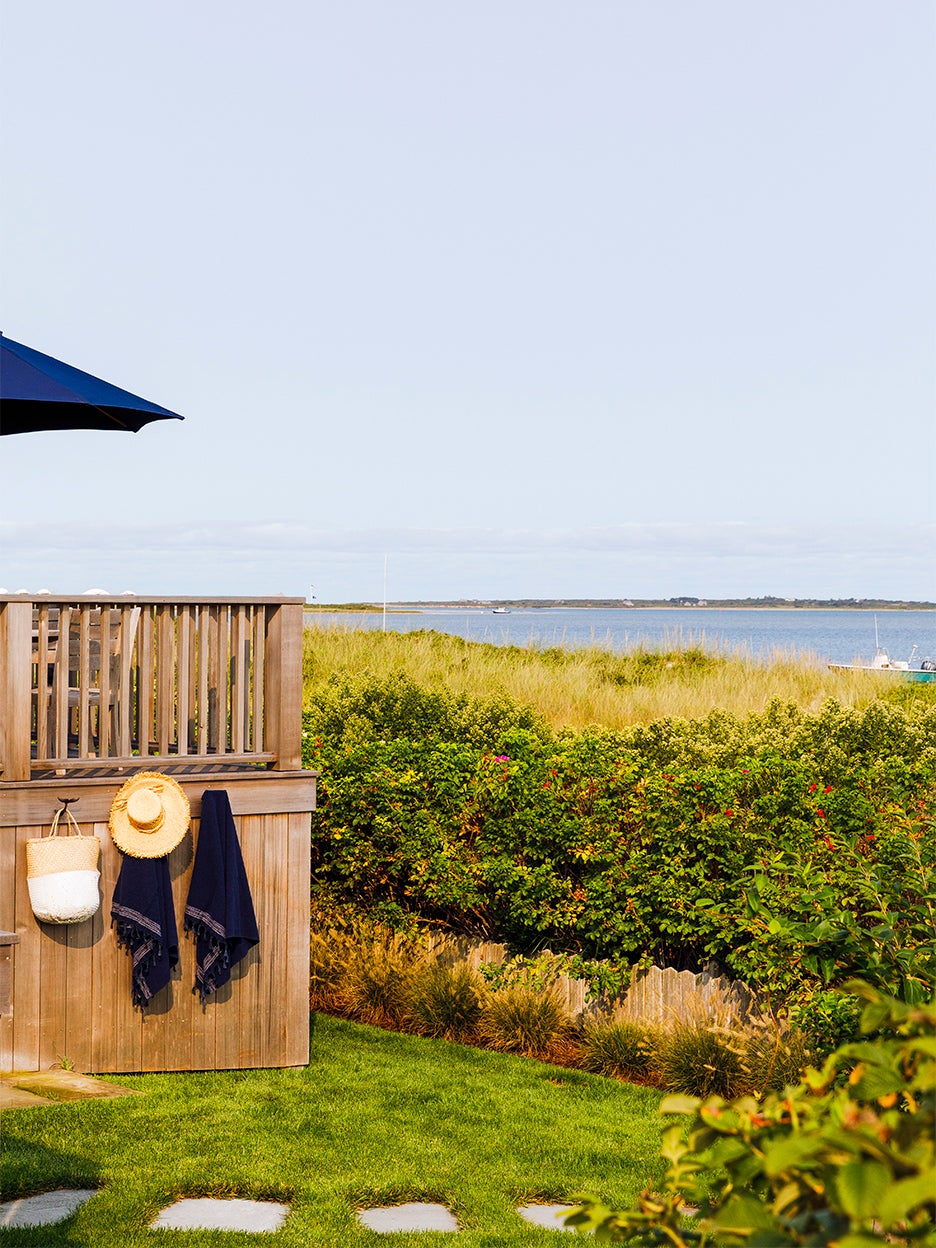 “I love working with small spaces; it’s like building a ship,” says Allison Babcock. A fitting analogy, given the interior designer’s recent project alongside architecture firm Emeritus: updating a couple’s 1,800-square-foot waterfront cottage in Massachusetts’s Nantucket. The owners, who share the home with their 12-year-old daughter and two pups, had the house for a few years before deciding to renovate. It was clear that they needed more space to host out-of-town guests—and a foundation, which the house was not built on.

There was just one hiccup to navigate: Strict local zoning regulations required the original footprint to stay as is, even if they were to rebuild from scratch. “We rearranged the rooms a little bit, but everything is mostly in the same area,” explains Babcock.

Although the kitchen layout didn’t move around, everything else was reimagined. Babcock scrapped the upper cabinets in favor of open shelves, and swapped out a peninsula that separated the dining area for an island with prime views of the ocean from the bay window. A door leads to a seafoam-hued pantry, which hides a coffee bar, wine fridge, and even a second oven. The other counter, which stands between the cooking space and the living area, is intentionally bar height. “It hides the mess and the kitchen sink,” explains the designer.

Save for the breakfast nook, the house no longer has a formal dining space. Instead Babcock opted for multiple living areas: one cozier, centered around the fireplace for cool nights, and the other with an airy white sectional that overlooks the beach. “The family eats outside most of the time when they’re there,” she points out.

The one feature that did have to change on the first floor—and was the hardest adjustment to figure out—was the fireplace. “When you walked in, you had a chimney separating the entrance from the living area,” explains Babcock. This meant that when you sat by the fire, you were facing away from the water. Eventually they realized that by relocating it to the next wall over, the family could savor both at once.

Upstairs brought the most clever blueprint tweak of all: adding two extra outdoor showers (there’s now a total of three on the property) accessible from the main and guest baths. “In the summertime you can just walk right through your own shower and be outside; it’s very private,” says Babcock. For subtle island charm, the couple commissioned whale-shaped wood door handles and picked up brass whale tail hooks for towels and swimsuits.

“In the summertime you can just walk right through your own shower and be outside.”

The primary bath is so spacious thanks to more design Tetris in the en suite; Babcock carved out additional space for it (and the closets) by shrinking the sleeping quarters. Instead of attempting to squeeze in tiny nightstands in the smaller room, the designer had the bed framed with tall shelves and upholstered the wall in between. “You see this a lot in French hotels and London homes,” she says. “It really makes the best use of space.”

Because the bedroom count had to stay at three, Babcock also had to rethink how each space would function. Along with a classic guest space for family and friends, she transformed the daughter’s room into one that sleeps four, with a queen bed on the bottom and two lofted bunks overhead. “When it’s just her sleeping there, it’s more comfortable on a full-size mattress,” explains the designer. “But it can also double as a suite for an entire family.” The more the merrier.

I loved working with: Matt MacEachern, the founder of Emeritus—we spent many months with him hashing out the layout and floor plan—Todd Burns Building & Restoration, William Green Woodworking, and my dad!