How Do You Fit a Family of Four Into a Cozy 700-Square-Foot Cottage? 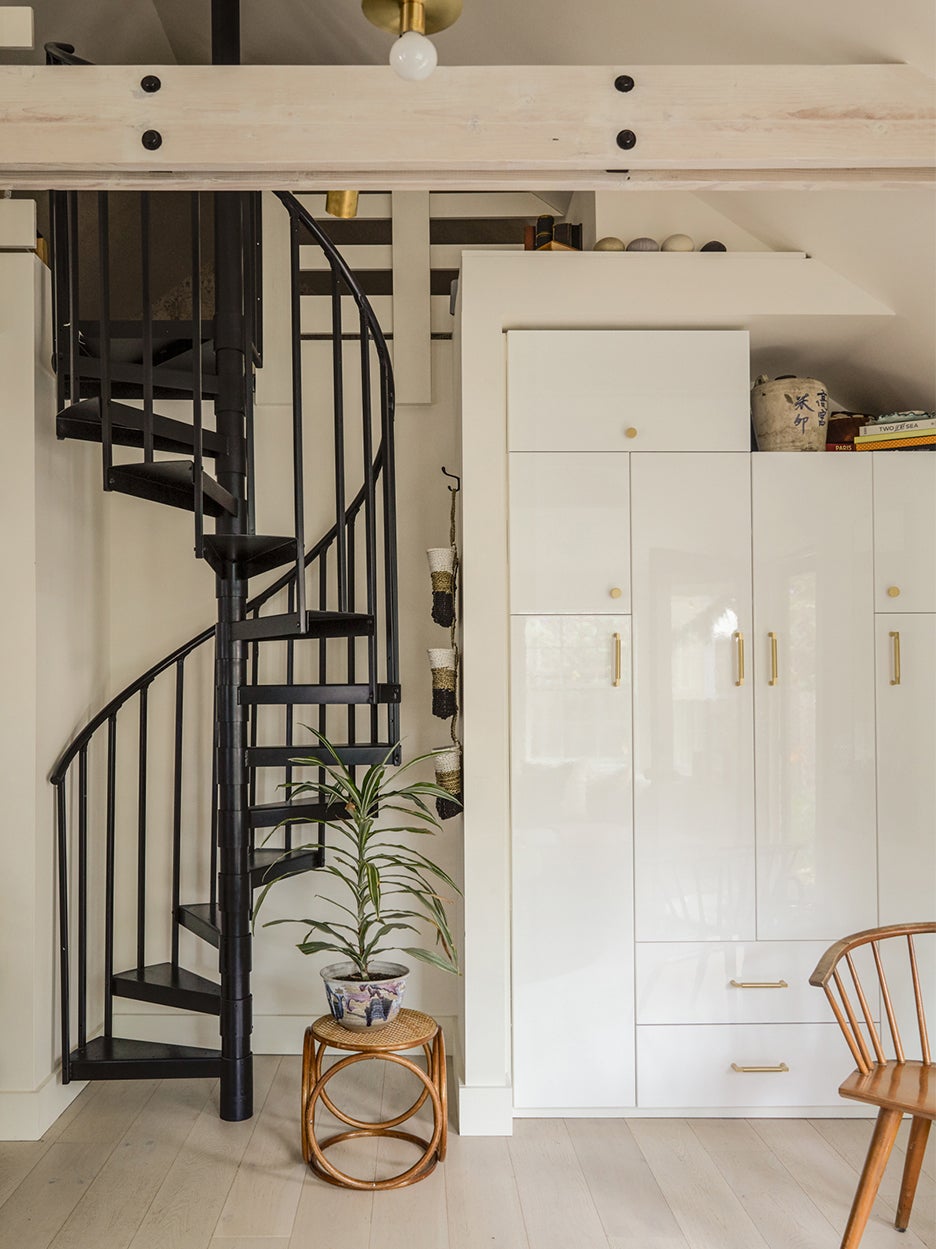 “I work on homes that range from 10,000 square feet to 20,000 square feet—those are easy,” says interior designer Julie Hawkins. For her own family, she had something very different in mind—a just-over 700-square-foot cottage where she could simplify her lifestyle and live close with her husband, their children (ages 5 and 7), and their black Lab. “This was definitely more of a puzzle.”

While her realtor was hesitant to even show the property she had set her eyes on, she saw plenty of potential in its modest size, even if that meant completely reconfiguring it. After buying the property in 2018, she got started on the renovation by knocking down a wall to open up the living room into a bedroom, which she would turn into the kitchen. The existing kitchen became the kids’ room.

Before courtesy of Julie Hawkins

Though Hawkins confesses she’s not a big cook, she still needed a space where her family could share their meals and she could make her morning coffee. “I think I drew up about 20 different options for the kitchen,” she says. “I had it on almost every wall before landing on that spot.”

Once that was decided, a few space-saving additions helped: Old boards of redwood that they salvaged from wall-demolition became open-shelving and simple, narrow wall racks kept her Heath dinnerware—a wedding gift—in full display and easy access. After some research, she came upon a slide-out range hood that was the perfect option for her limited square footage, and she splurged on a Smeg refrigerator that just makes her happy. A tall table surrounded by stools doubles as both a kitchen island and a place where her family can sit together by meals—on cold mornings, it’s a race for the kids to see who gets the seat closest to the gas stove that heats the whole house. “It’s the warm-and-cozy spot,” Hawkins laughs.

Though she had little room for kitchen cabinets, Hawkins knew she still needed pantry space for food and the baking equipment she does like to pull out every so often. So, opposite of the sectional in the living room, she installed IKEA Ringhult cabinets with Cedar & Moss hardware that could hold all of her essentials that didn’t fit in the kitchen, as well as some of the kids’ toys.

Before courtesy of Julie Hawkins
Photography by George Barberis; Styling by Hawkins Interiors

Designing a small home for two people is challenging enough, but add in two small children and the “800 art projects they bring home every day,” and you have even more of a puzzle. Though Hawkins’s son and daughter had bunk beds in her previous home, here, she opted for two perpendicular twins and made up for the lost space by transforming the attic into their playroom, accessible via the wrought iron staircase she had found for sale in the neighborhood. “It creates kind of this escape—they have their own little fort up there,” she says.

Hawkins and her husband have their own kind of escape, too—built-in alcoves along the ceiling of their room display favorite books and mementos from their past travels, and a wall of black-and-white photographs taken on their honeymoon and later vacations reminds them of good memories each night as they fall asleep. Artwork inherited from her husband’s grandfather, placed above their bed and scattered throughout the home, also makes for a meaningful decoration.

An essential part of living in a small home—especially one in California—is the ability to spend as much time (if not more) outdoors as indoors. With the help of a friend, landscape architect Ann Baker, Hawkins transformed her yard, which was previously just mulch, into a secret garden where her family can enjoy meals and pass the days out in the fresh air. The part the kids love most, though, is the simplest: a makeshift rope swing they tied to a branch on the redwood tree that sits at the edge of their property.

It is, after all, the little things that Hawkins wanted to focus on by moving into a small space: the nights they spend playing board games on the floor, the mornings when she drinks a cup of coffee by the stove, the evenings spent relaxing outside. “It’s what I had imagined for our family,” she says. “My goal was for us to really be together—I think we made that happen.”