In a Color Scientist’s Portland Home, Every Bright Hue Has a Backstory

Cherry red and mint green at their most practical. 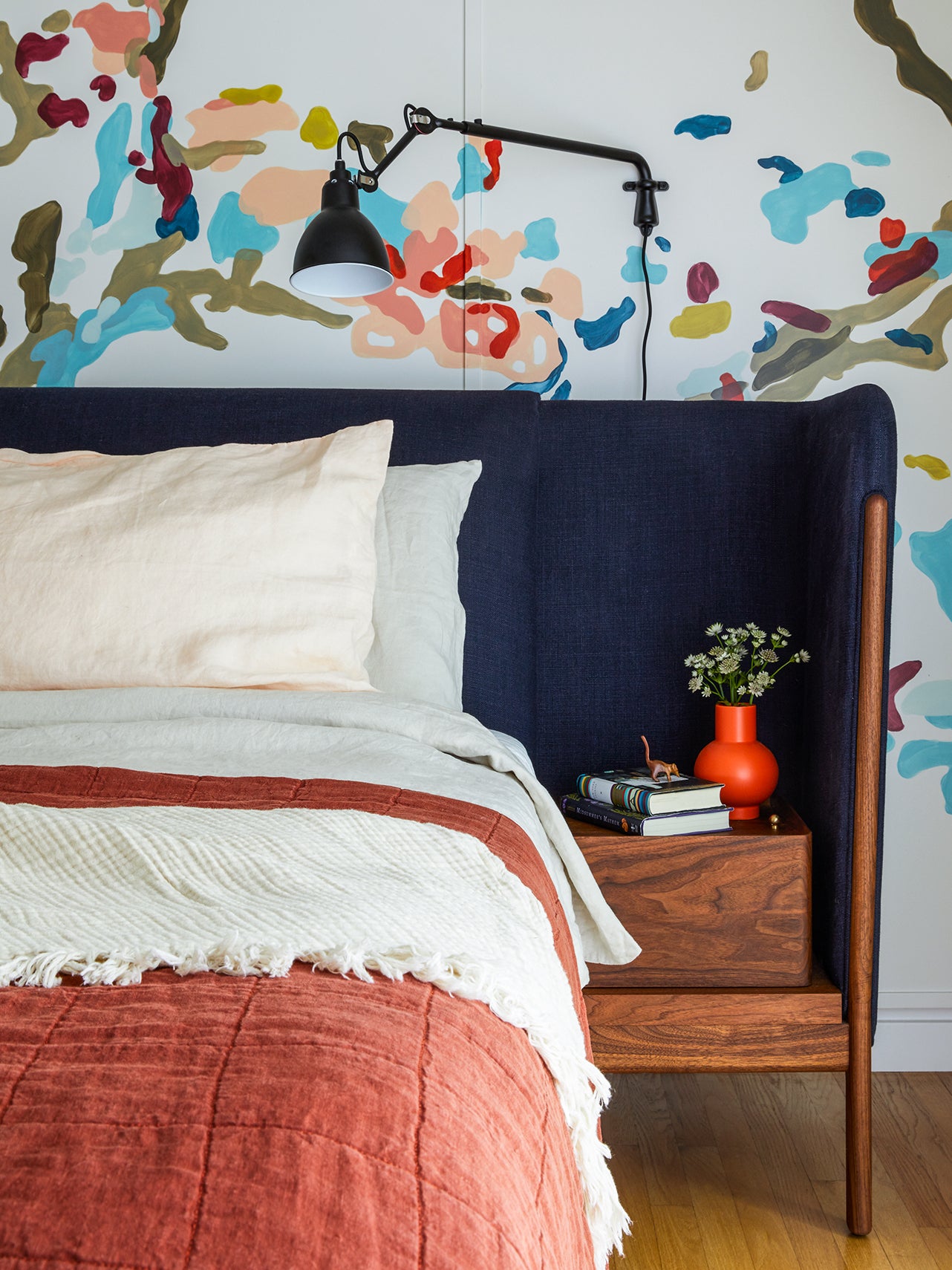 Every wall was beige when Kristyn Falkenstern and her husband, Steve, first bought their mid-century house, a 1956 ranch overlooking the Willamette River. As a color scientist who spends her days understanding the human (or electronic) perception of different shades, she wasn’t one to shy away from bright hues in her home, but she felt a little stuck as to how to get it done. Determined to bring in bold pigments, she called in Alissa Pulcrano and her team at Bright Designlab for help.

“They spent enough time with us to reverse-engineer the colors we liked and what got our attention,” remembers Kristyn. Starting with twilight blue as a base, Pulcrano began adding the building blocks that would turn the couple’s space into a vibrant masterpiece. “The house was calling out for color to be worked into the architectural details,” she explains. Here’s how she gave every hint of red and blue purpose in this Portland, Oregon, home.

Pull Inspiration From Fashion and Art

Steve’s fondness for Paul Smith—he had lived by one of the British fashion designer’s stores during an overseas stint and admired its bold use of color—led to a master bedroom mural inspired by Smith’s Inky Flower wall covering for Maharam. (The installation, which wraps around two walls, converts into blackout shades when it hits the windows.)

For the project, Pulcrano enlisted the help of local artist Michael Paulus, who drew on hues found throughout the house: an orange chair, a maroon sofa, peach mudroom storage, and mint bedroom cabinetry. He serendipitously pulled Van Gogh’s Almond Blossom as an additional influence. “Kristyn had written her thesis on Van Gogh, so that just clicked,” remembers the designer. “It was a perfect mash-up of the two of them.”

With plenty of square footage to play with, Pulcrano schemed up a dressing station in addition to a traditional wardrobe. As they were dreaming up color combos, Kristyn gravitated to a specific mint hue she had come across at work, where she creates bar codes imperceptible to the human eye. “Despite looking minty green, Pantone 9520 is very close to white, but it absorbs just enough light to be ‘seen’ by red light devices,” explains Pulcrano. So the designer created a red frame as another nod to Kristyn’s career, a place for the couple to hang their outfits for the next day.

In the built-ins, the lower drawers house hampers for laundry sorting, while the tall storage piece hides jewelry and doubles as a medicine cabinet. The one other red moment, a deep tray, is a catchall for everything else.

Rather than saturate the whole house, Pulcrano left the main living area walls white to punctuate those spaces with color. However, the designer did choose a rich navy for the hallway, a continuation of the custom powder-coated fireplace she installed in the living room. “It serves to connect the living and sleeping spaces, sort of a moody neutral zone before you emerge into the bright, fantastical world on either side,” explains the designer. But in the heart of this corridor is a soft blush built-in storage piece, which acts as a recycling center with a carved-out niche for keys.

Pulcrano had originally intended to paint the cabinet in a complementary shade of blue, but after a happy accident, where they mocked up the casework in peach so they could see the details better, they decided it was the perfect hue to use after all. When science is involved, every color has a backstory.

Discover NYC homes we can’t get enough of: Finding 3 Feet of Space Was a Game Changer in This Family’s Dumbo Apartment The Best Feature in This SoHo Loft Took Some Major Convincing IKEA-Meets-Gufram in This Playful Family Home