The kitchen is pretty in pink—and so is the bathroom. 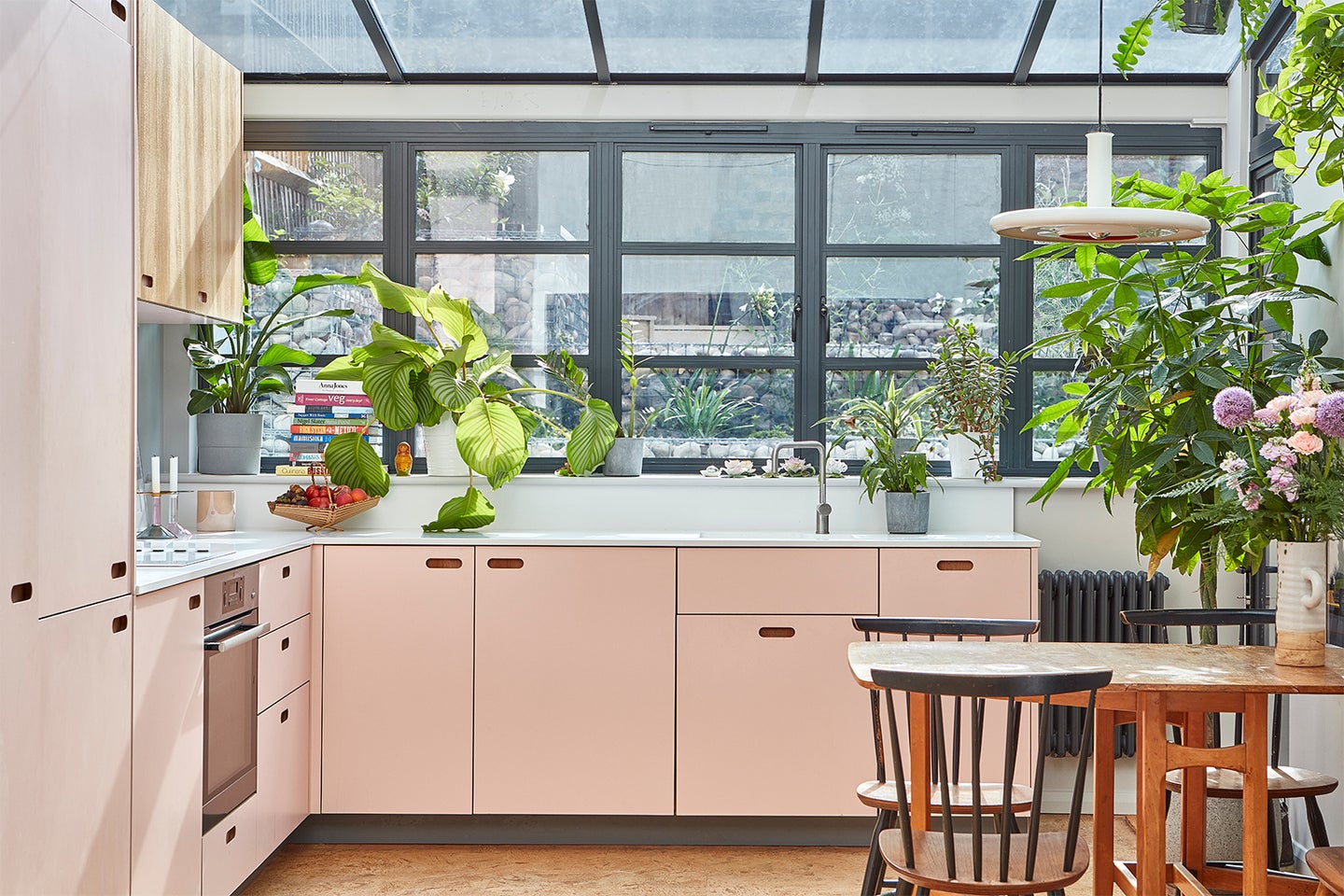 Sure, Rosie Rockel is a producer for Grand Designs, a British television show that follows ambitious home improvement projects, but executing her own remodel was surprisingly difficult. The planning commission rejected not just one of her designs for her South London flat’s kitchen, but multiple—Rockel’s Victorian basement-level one-bedroom is listed, meaning it is seen to have architectural value, thus any changes are highly regulated.

At first, she proposed interconnecting blocks, light wells, and slot windows. “I love classic modernist architecture,” says Rockel of the Eames-inspired scheme. It being denied turned out to be serendipitous: The complex plan was expensive. “Truth be told, I’m not sure I could have afforded it,” she admits.

She soon came to realize that the commission would only accept something that was as unobtrusive as possible. Enter: a lower-lift, conservatory-style kitchen, which was finally given the green light after a year in the approval stage. “Everyone in the U.K. complains about the planning commission at dinner parties,” she says. “You’re over the build by the time you get it approved!”

While it wasn’t her first choice, the glass-roofed kitchen addition would create a greenhouse-like effect and transform the once dark, enclosed space (complete with bars on the windows) into something light filled and magical. Rockel tapped Pluck, a custom kitchen builder, to bring her new vision to life, “a modern feel, like the Ernö Goldfinger house in Hampstead, which was built in the ’30s and has beautiful walnut cupboards,” she says. But when her father warned that wood veneers on an IKEA kitchen “would fall apart in three years,” she switched direction yet again.

In the end, only the uppers are walnut, with the lower cupboards coated in a soft pink that not only tempered the cost but plays well with the quartzite countertops and a bank of windows leading to a flourishing garden that was once a concrete car park. “I’m m doing a series of supper parties in the garden with a friend who is a chef. It’s lovely having a long table of 30 guests up on the deck outside and them being able to see down into the kitchen below,” she says. Underfoot isn’t your typical ceramic or hardwood but rather natural cork. “So many people warned me off the material, saying it’s impractical, and I’m delighted to report I have proved them all wrong,” she says.

Because the kitchen is notably airy, Rockel went the opposite direction in the adjacent living room, a moody green space that features a print of the painting Betty, by Gerhard Richter, her favorite piece in the Tate Modern, where she previously worked. Almost everything else was bought secondhand. “There’s nothing I like more than getting back from the pub and diving headlong into a good old eBay trawl,” she says.

The otherwise bright white primary bedroom has an unexpected hit of color thanks to a block of Yves Klein Blue–esque paint (Ultra Blue from British company Little Greene). “I love the Majorelle Gardens in Morocco,” she explains, but it was also a practical decision. The chimney is offcenter in the room, and the easiest way to deal with the asymmetry was to embrace it.

While Rockel never expected to have a pink kitchen, let alone a pink bathroom, she couldn’t pass up the chance to work with vintage handmade tile from Maitland & Poate. “It’s a small company that rescues amazing encaustic tiles from homes in Spain,” she says. White hex tile and a neutral terrazzo sink let the psychedelic swirl pattern in the shower be the showstopper. Thankfully, in this instance, the first time was the charm. 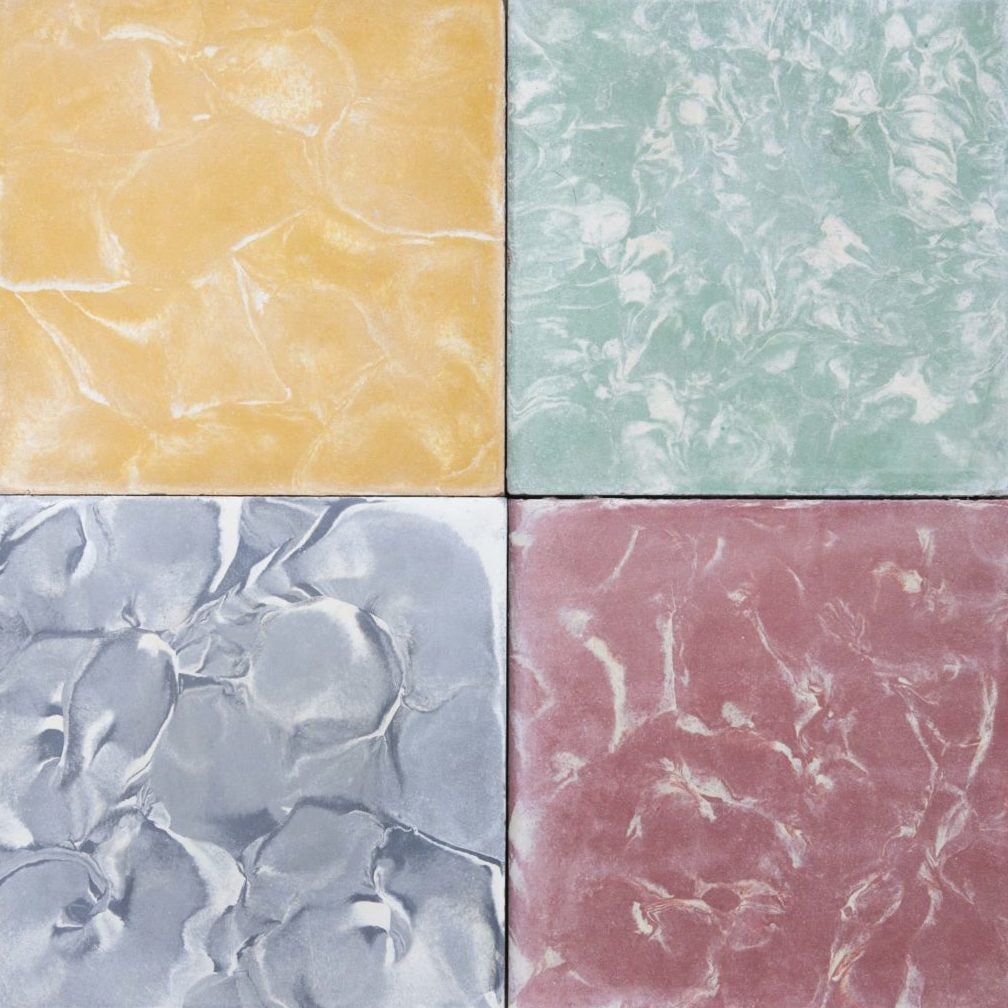 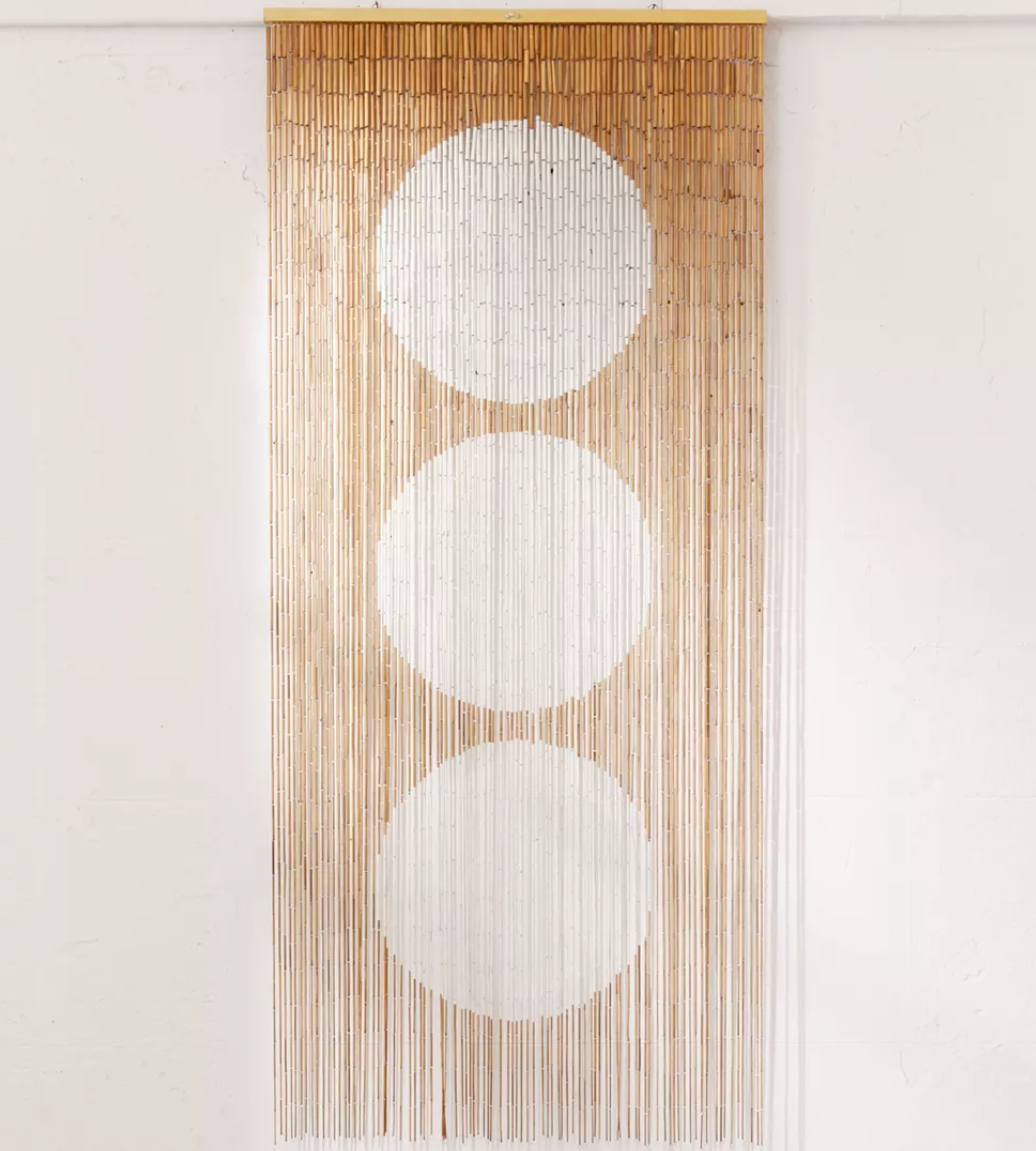 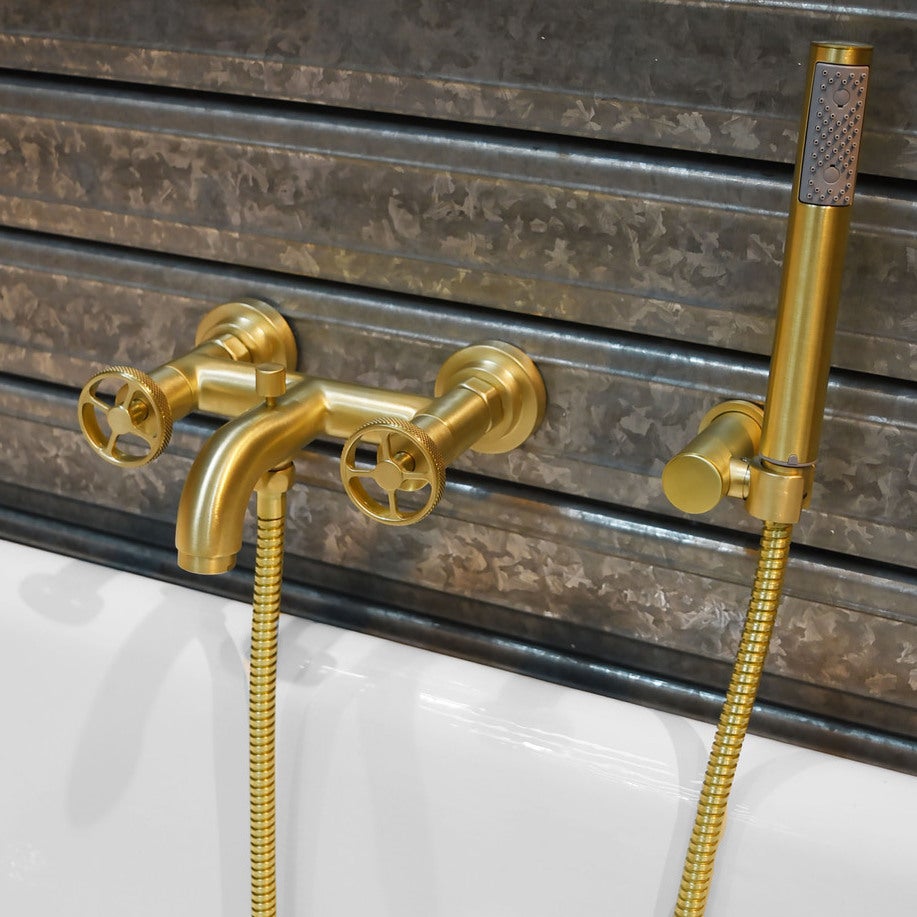 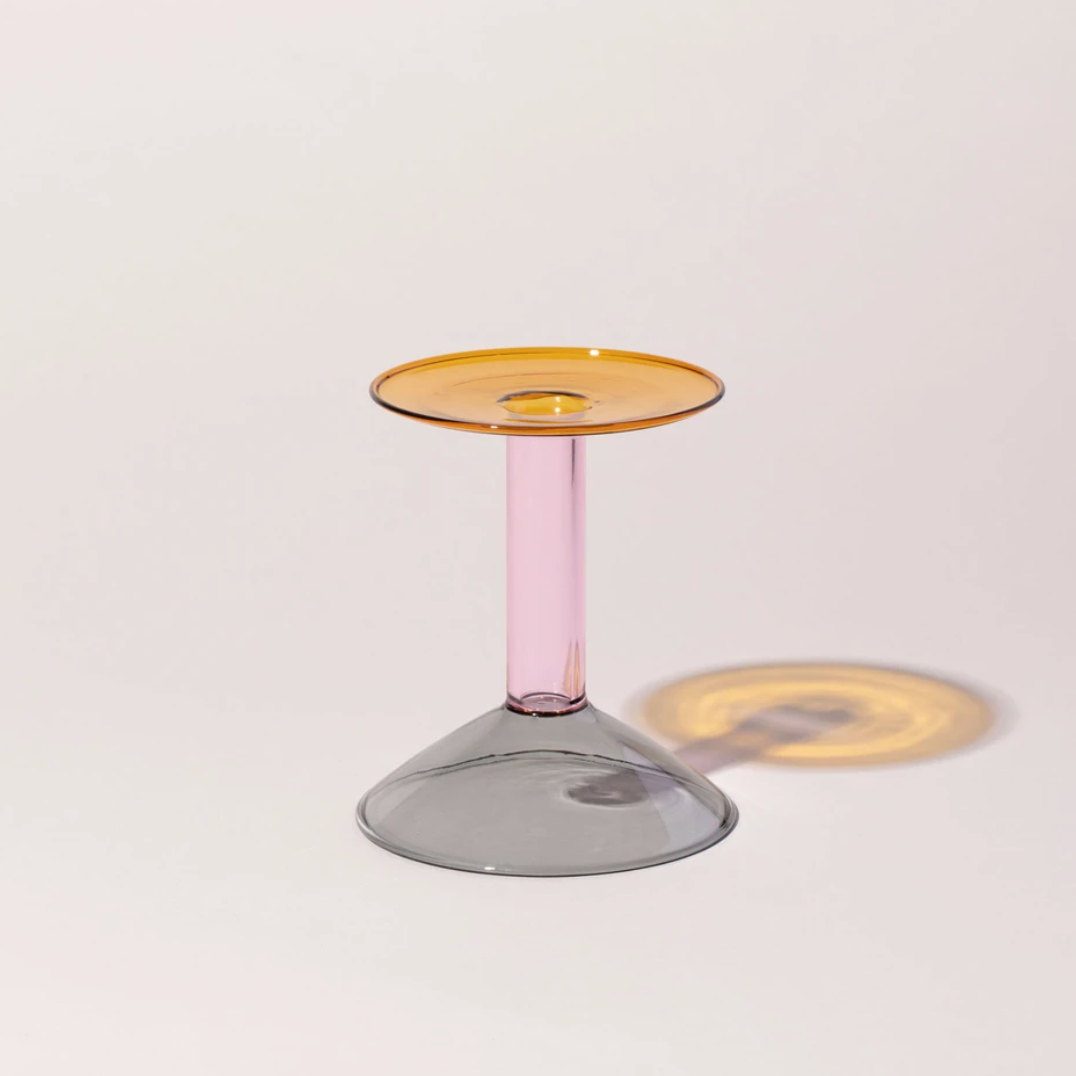 Go-to local vintage resource: Sunbury Antiques Market. The only thing I will get up for at 4 a.m. on a Tuesday.

Must-visit garden shop: Dulwich Pot and Plant. There’s no better pick-me-up than a new plant in a new pot!

Bookmarked decor site: Nothing I like more than getting back from the pub and diving headlong into a good old eBay trawl.

Biggest splurge: The Pluck kitchen. A huge extravagance worth every penny.

Biggest save: Buying absolutely everything secondhand.

Best showroom: Aston Matthews, the heritage British brand that made the exquisite brass taps in my bathroom. If I ever sell, they’re coming with me!

Tile resource like no other: Maitland & Poate supplied the beautiful reclaimed encaustic tiles in my bathroom.