How This Los Angeles Family Forged a New Life in Paris 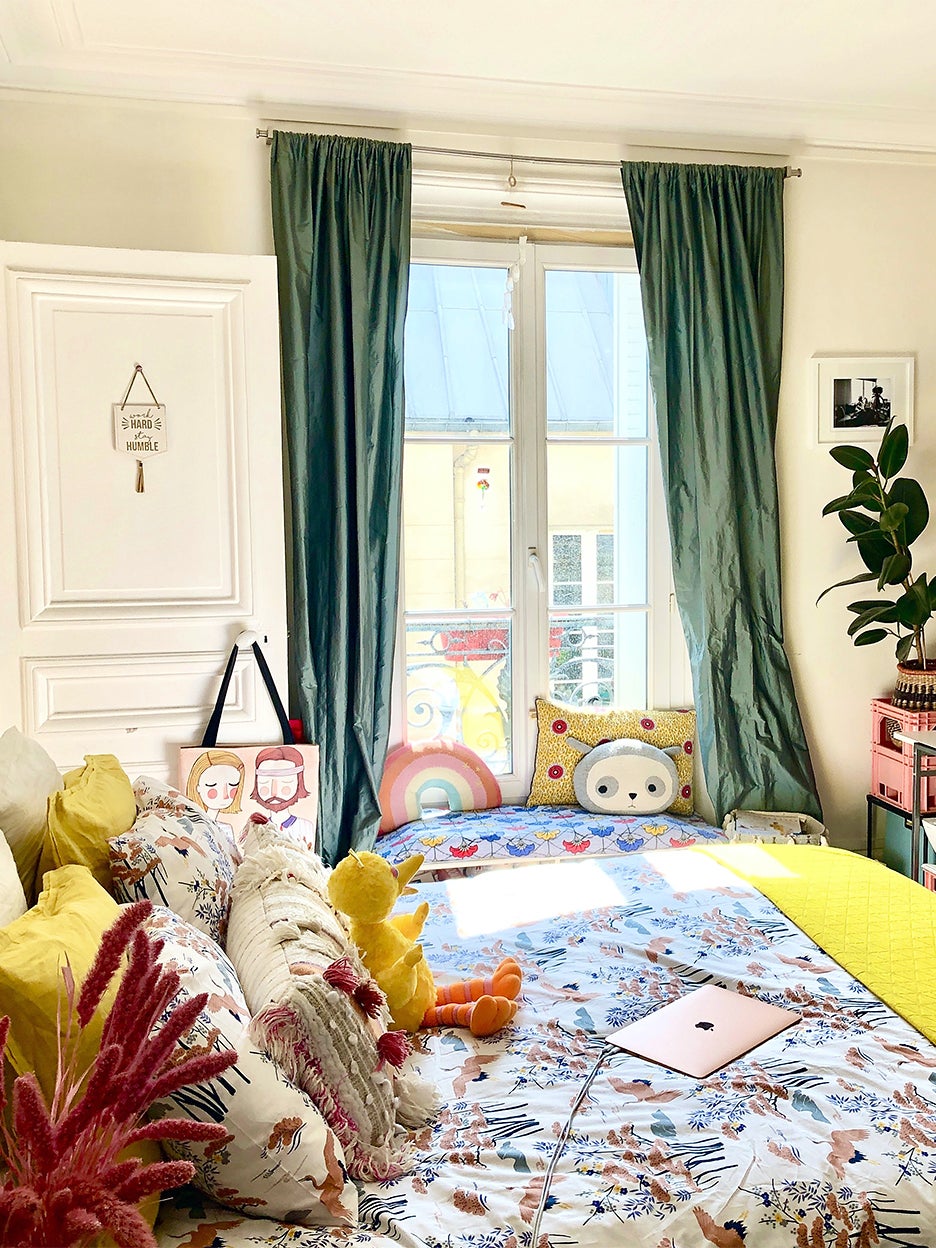 “Everything seems to happen for a reason,” says California-born creative Elizabeth Hall of moving to Paris with her family in 2018. “The more and more I started talking to people who were living abroad or were from Paris, the more I started thinking this could be possible.” Back in Los Angeles, Hall had already enrolled her daughter, Olivia, in French school, thinking that it could be helpful should they ever decide to relocate. A bit later Hall went to Paris with her best friend on vacation (her second visit after falling in love with the city as a 19-year-old meandering through the cobblestone streets on a low-budget backpacking trip) and snuck in time to look at schools and apartments while she was at it. Two years later Hall and her family moved into their very own flat in Le Marais—which happened to be the first apartment she had ever looked at. Kismet, indeed.

Getting to that point, though, was a challenge. The paperwork required to move to France and get an apartment is extensive, and Hall recommends investing in a lawyer to have the best shot of things working out. The process also requires flexibility and good impulses—living spaces in Paris go on and off the market fast. And that’s not even considering a whole other issue: These storied, romantic buildings that make the city so enchanting are filled with eclectic homes, to say the least—especially for an American who was always used to living in a house.

“The funny thing about French apartments is that if they’re unfurnished, you get nothing,” says Hall. “Not even a sink in the kitchen.” Understandably these are the spaces that are far more available—furnished apartments tend to get scooped up the day they’re posted. Working with an English-speaking company, Hall looked at the options and found them slim—the kitchen would be oddly placed between bedrooms or the walls would be painted a startling hue of red. But then a stroke of luck—fate, even—at the last moment: Two weeks before they needed someplace to move in, she noticed that an apartment she had looked at online five years earlier had become available. She called repeatedly, signed the paperwork, and scored her dream home, just a five-minute walk from her daughter’s school.

Making the space feel like home was the next step, but it happened quickly. The family was supposed to bring two suitcases each when they set about on their journey, with the intention of living abroad for just a year—then they found themselves at the airport with 14 pieces of luggage (one of which was filled with Hall’s collection of Domino magazines). “I’ve never been a minimalist,” says Hall. “I wanted to bring my style to the French apartment.”

Because she couldn’t paint the walls or apply wallpaper, or even incorporate furniture of her own choosing, she filled the space with artwork and DIY projects, like pom-poms she and Olivia made together. But six months in, they decided to ship their remaining belongings from L.A.—a year in Paris just wasn’t enough time. They were going to sell their California home and stay for the long haul.

Her husband, Anthony, returned to Los Angeles for a month to sort out the house, putting some items in storage, packing some to go to Paris (including their cat, Lola, who a friend had been watching), and selling the rest. Their home, too, sold quickly, and now the family has fully leaned into their new lifestyle: After three more years, they can apply for French citizenship. Hall is studying with a French tutor (her daughter is already fluent, with no discernible accent), and her husband has continued working remotely as a freelance illustrator and art director. It’s a massive change for them all—but one that they’ve embraced.

“We were willing to give up Los Angeles for the quality of life we have now,” says Hall. “We feel much less stress to get things done, while in L.A. things were a bit more hectic and there was pressure to stay busy.”

In the past two years the family has traveled to 14 countries, and over the summer they’re spending time in the French countryside. While sheltering in place, they spent their evenings doing puzzles and hanging out as a family, and would join their neighbors to clap for health-care workers each night—a relatively easygoing stretch of time, although grocery runs felt like a challenge since Parisians typically don’t shop for more than a few days’ worth of food. And while Olivia might miss roller-skating in her backyard, the access to parks and a pool in easy walking distance has entirely made up for it. What matters most is that they’re together—and experiencing the joy and invigoration that come along with forging an entirely new path, different from the one they might have once imagined for themselves.

“Home is wherever my family is,” says Hall. “Who knows? Maybe in five years we’ll end up in Japan.”

Introducing Domino’s new podcast, Design Time, where we explore spaces with meaning. Each week join editor-in-chief Jessica Romm Perez along with talented creatives and designers from our community to explore how to create a home that tells your story. Listen now and subscribe for new episodes every Thursday.